Volkswagen is turning concept into reality with the debut of the ID.4.

Volkswagen is all-in on electrified powertrains. They're taking a step closer to walking the walk with the fresh ID.4. The model is the production version fo the ID. Crozz concept SUV that first was shown in 2017.

Production of the ID.4 will mark the automaker's first all-electric SUV launch. The ID.4 will have about 310 miles of range, depending on the drive package. It is assumed then that Volkswagen will tier its range offerings like Nissan and Tesla do. 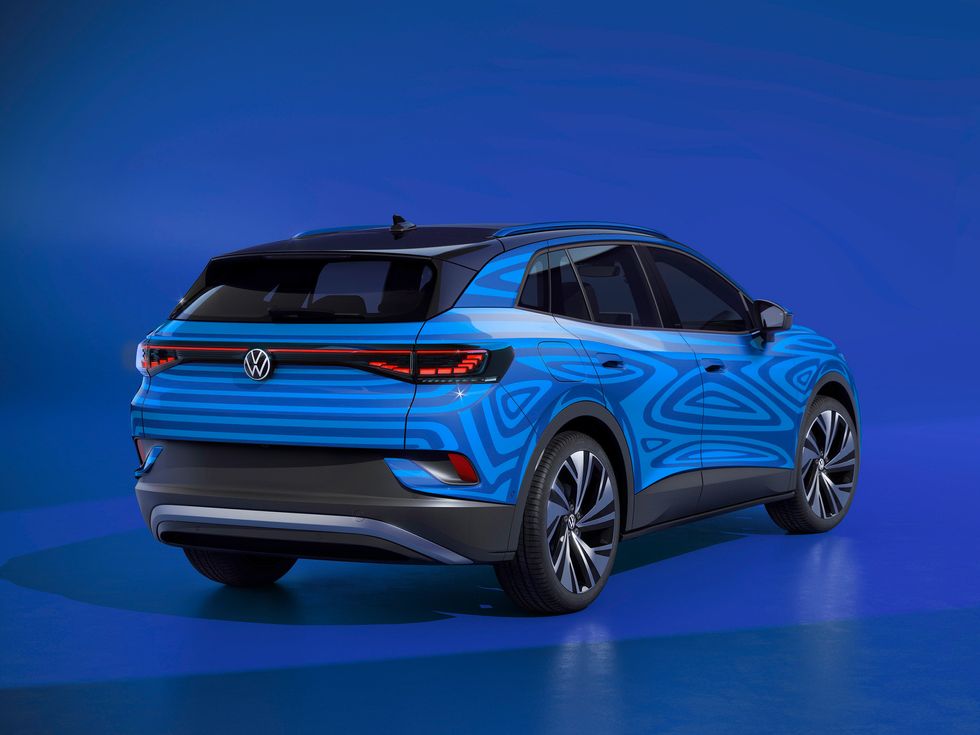 Volkswagen will make the car in a standard rear-wheel drive format. Electric all-wheel drive will be added later.

The model will sit on VW's MEB platform.

Volkswagen's engineering team has placed the battery near the center of the underbody, which helps ground the SUV and distributes the burden of its weight relatively evenly front to rear and side to side. This battery positioning is common in modern EVs.

VW says that the model will feature a fully digital cockpit that is operated primarily using touch surfaces and voice control. Expect clean, minimalist design from the automaker, as is common in their current lineup.

Volkswagen will produce the model in Europe, China, and the U.S. The U.S. factory is in Chattanooga, Tennessee. 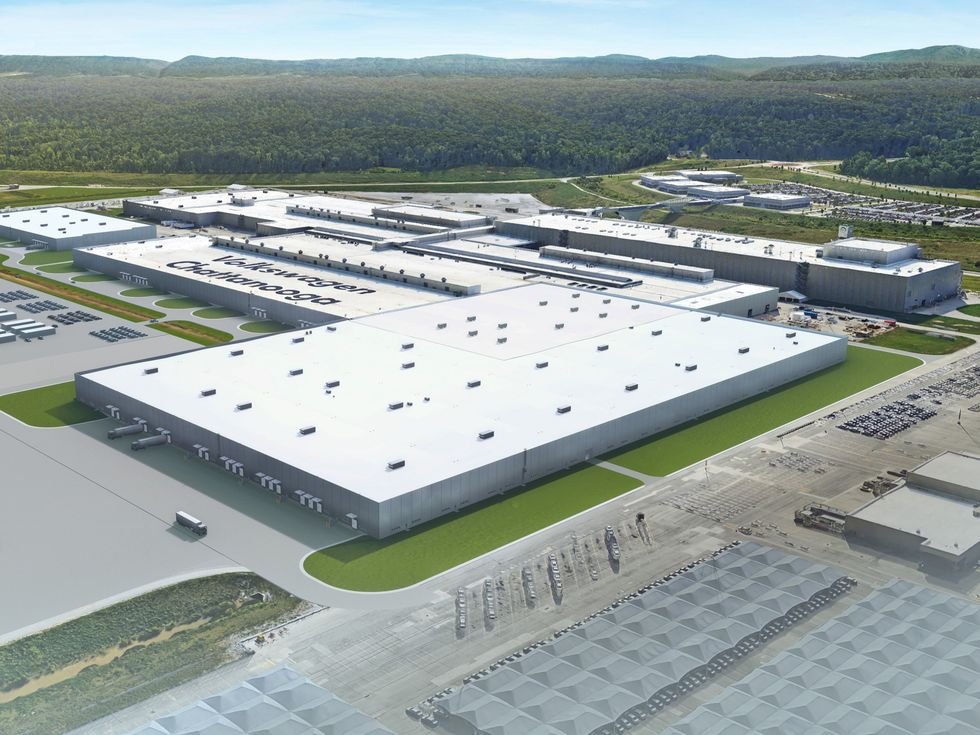 Volkswagen will produce the SUV at its expanded Chattanonoga, Tennessee plant.Photo courtesy of Volkswagen AG

In November it was announced that VW was investing $800 million and adding 1,000 jobs in Tennessee in its push toward mass electrification.

Expect to see the ID.4 launch later this year. Pricing for the model is not yet public knowledge.

The financial arm of Volkswagen is reaching out to customers to offer them payment relief.

Jobless rates are soaring due to the COVID-19 outbreak and Volkswagen wants its customers' pocketbooks to feel less of a pinch during this trying time.

Volkswagen of America and Volkswagen Credit will defer payments for up to 90 days for existing VCI customers affected by the economic crisis. Additional payment assistance options for customers in good standing include:

Volkswagen and VCI are giving qualified new buyers the option of delaying their first payment for up to 180 days combined with zero-percent APR financing for up to 72 months for most new vehicles. The program is set to run through April 30.

"We know this pandemic has caused significant stress and worry across America, and is putting financial strain on millions of households," said Scott Keogh, CEO of Volkswagen of America. "We have a commitment to help our customers, our dealers, our employees and our communities in a time of crisis."

Volkswagen will launch an ad campaign in English and in Spanish to raise awareness of their new Community-Driven Promise campaign.

Volkswagen recently launched its 2020 Atlas Cross Sport and is set to bring its 2021 Atlas to market this summer. This week the company announced the new Basecamp accessory line for the Atlas.

The new Volkswagen accessories line was inspired by a recent concept version of the Atlas.

Volkswagen today announced that they will offer a new Basecamp accessory line for Atlas models. The new line was inspired by the Atlas Basecamp concept vehicle, which was first shown at the 2019 New York International Auto Show. They will be available as a set or as a package.

"Our goal is to provide customers with an extensive catalogue of accessory options that cater to their desires for distinctive styling and functionality," said Hein Schafer, Senior Vice President of Product Marketing and Strategy at Volkswagen of America. "The public interest and customer enthusiasm sparked by the Atlas Basecamp concept created a strong business case to further explore off-road-themed components for production." 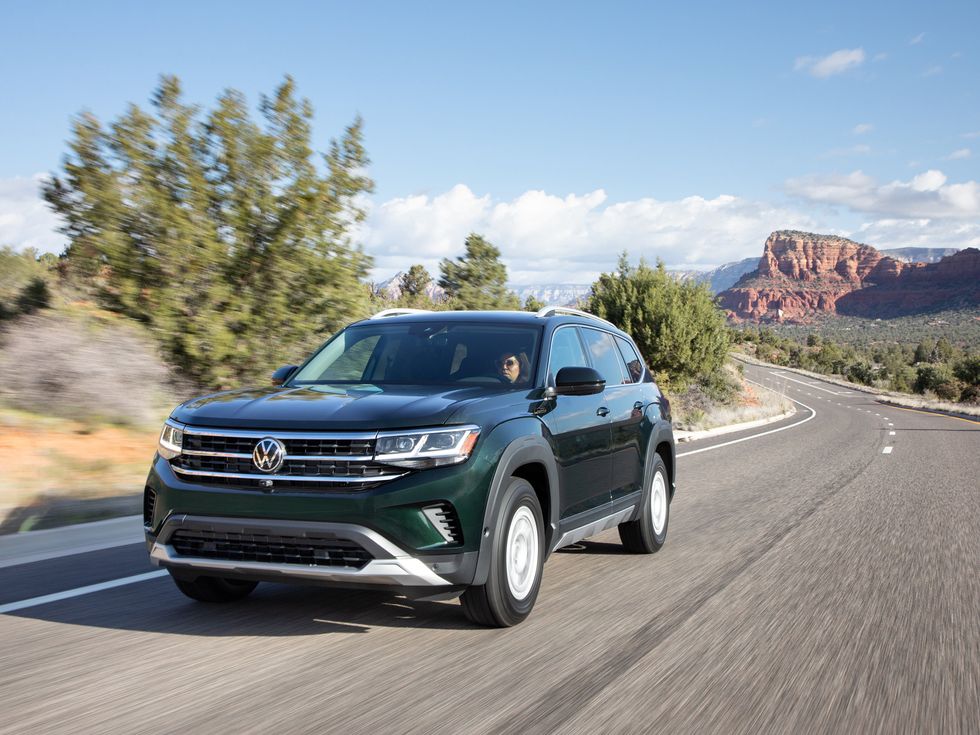 The Basecamp accessory line was developed using design elements of the Atlas Basecamp concept and produced by Air Design.

The styling package is not recommended for models equipped without a trailer hitch and not compatible with R-Line trims.

The accessory line also includes a production version of the 17-inch Traverse MX wheels produced specifically for Volkswagen by fifteen52. These wheels were first seen on the Atlas Basecamp concept vehicle and are being offered in two colors; frosted graphite and radiant silver.

VW refreshed the Atlas for the 2021 model year and introduced the 2020 Atlas Cross Sport this year.