The original Toyota Venza was a crossover ahead of its time

The Toyota Venza crossover was ahead of its time when it debuted in 2009.

You may see one heading down the street now and think to yourself, "Oh yeah, they made that." When the Toyota Venza debuted at the 2008 North American International Auto Show, it was ahead of its time. That was both its blessing ad its curse.

The Venza was based on the Toyota FT-SX Concept, which debuted at the 2005 iteration of the Detroit auto show three years earlier. The concept car had the telltale signs of a modern crossover. It featured an extended height body that rode slightly higher than a traditional wagon and a sloped back end gracefully ended at the hatchback.

The interior of the Toyota Venza was very much of its time.Photo courtesy of Toyota Motor Sales U.S.A., Inc.

The project was the design child of Ian Cartabiano who had just come off a successful redesign of the third-generation 2005 Toyota Avalon. Today Cartabiano is the President at ED2 design center, Toyota Europe Design Development.

The concept and production model that followed were the same size as the Subaru Outback was in 2005. The 2020 Outback is around 10 inches longer than it was then.

The 2009 Toyota Venza was built on the Toyota Camry platform, giving the model its official crossover stance. Like the Camry, the Venza was a front-wheel drive model with available all-wheel drive.

Toyota gave the base model Venza a 2.7-liter four-cylinder engine. Buyers could upgrade to the available 3.5-liter V6. Both were paired with a six-speed automatic transmission. The four-cylinder achieved reasonable fuel economy for its time - an EPA-estimated 21 mpg in the city and 29 mpg on the highway.

The original Toyota Venza was ahead of its time. It only lasted one generation and was refreshed in 2013. Photo courtesy of Toyota Motor Sales U.S.A., Inc.

The 2013 Venza was a thoroughly modern vehicle. It got Toyota's Etune infotainment system that allowed smartphones to connect and interact with the display as well as hands-free Bluetooth phone calls and text functionality. Also, drivers could stream Pandora by linking the system with their phone.

Citing slacking sales and changes in customer preferences, Toyota killed the model in the U.S. in 2015 and ended global production in 2017.

Rumors are rampant that Toyota is revving the Venza as a thoroughly modern crossover. It may just be one of the new models Toyota showed during a dealer meeting that was leaked. Stay tuned!

People walk through the New York International Auto Show at the Jacob K. Javits Convention Center on April 17, 2019 in New York City. Thousands of car enthusiasts, dealers, journalists and others will attend the annual event which is one of the largest auto shows in America.

Though there are currently no coronavirus-infected patients at the Javits Convention Center in Manhattan, the New York International Auto Show has been cancelled because the government has opted to have the field hospital remain available for use through the summer should hospitals become overwhelmed with patients.

"Since the beginning of this pandemic, we have worked closely with the Governor's office and with Javits officials to protect our attendees," said Mark Schienberg, president of the Greater New York Automobile Dealers Association, the organization that owns and operates the New York Auto Show. "We are extremely proud of the role the Javits Center has played during this difficult time, and we understand the need for it to remain ready to serve."

The show was originally slated to occur in early April, but was postponed until late August as the city took the brunt of the COVID-19 pandemic in the U.S.

The organizers of the New York International Auto Show have decided the next show will take place April 2 – 11, 2021.

"We also understand the immense planning needed for the automakers and their exhibit partners to construct a show of this magnitude," Scheinberg said. "Because of the uncertainty caused by the virus, we feel it would not be prudent to continue with the 2020 Show and instead are preparing for an even greater 2021."

The show not only has a $330 million economic benefit, but serves as a global showcase for automakers often serving as one of the prime shows on the automotive calendar. Its influential spot on the list means that it traditionally serves as a venue for numerous product debuts and executive interviews.

It is immediately clear if some automakers will choose to debut their products in smaller settings or if they will push those debuts further down the auto show calendar. The next major U.S. auto show is the L.A. Auto Show in November.

It's not just new cars that people are after. The used car market is full of good cars, trucks, SUVs, and vans that are available at prices far lower than a brand new car.

iSeeCars, a car search engine, analyzed over 6.1 million cars from model years 2011 and newer to determine the used cars that demonstrated long-term reliability and have an average safety rating of at least 4 stars out of 5 from the National Highway Traffic Safety Administration (NHTSA).

Shoppers with a budget of $20,000 can purchase the following reliable SUVs that are less than 10 years old. 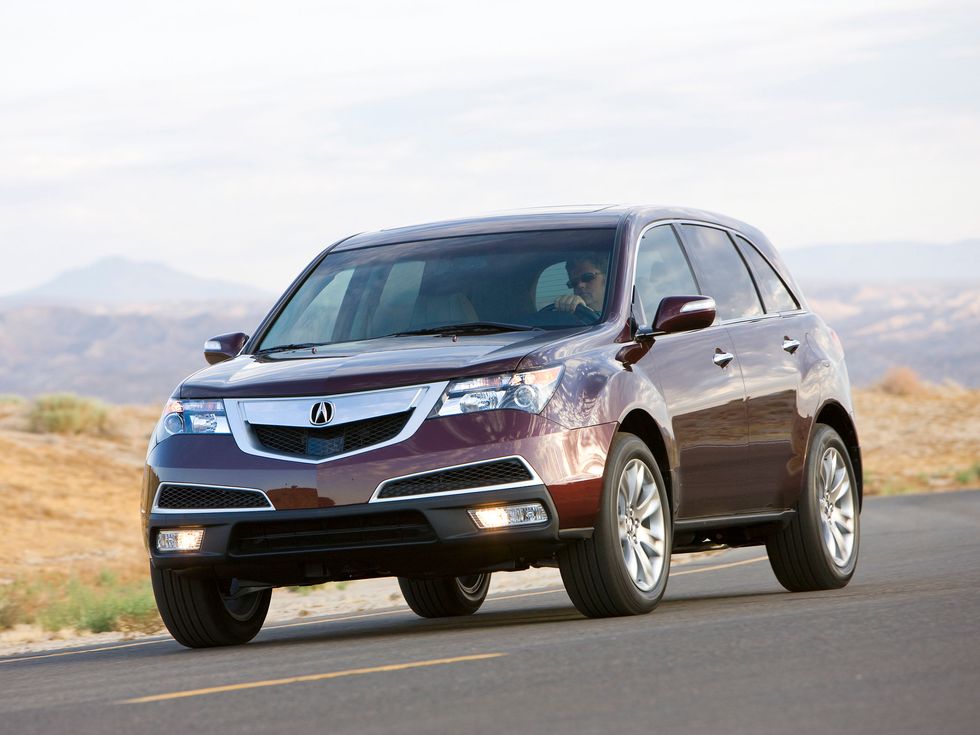 Average Used Price: $17,138
The 2013 Acura MDX is a good handling car with plenty of cargo space and accurate steering, which makes it easy to park. It's an all-wheel drive model that seats up to seven people in three rows. J.D. Power rates the 300-horsepower SUV as being pretty reliable. 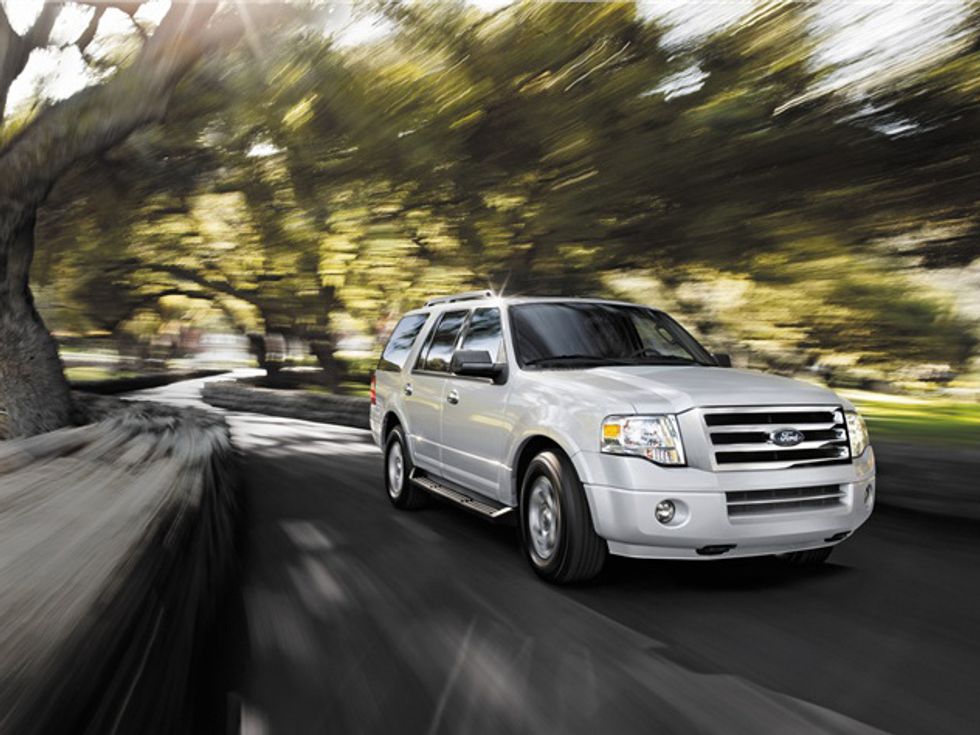 Average Used Price: $17,175
The Ford Expedition is a hauler that easily moves a large family whether it's in a rear- or all-wheel drive configuration. If you don't fill it up with people and instead need to haul cargo, you'll be pleased with how easily the third row folds down. Ford has made the model capable of towing up to 9,200 pounds. 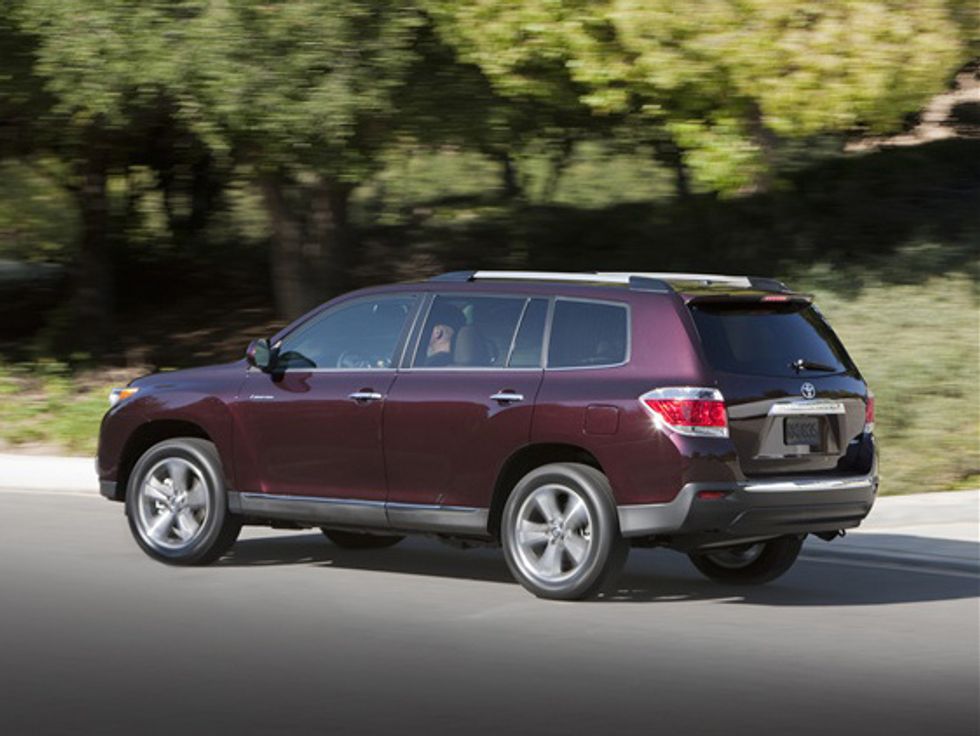 Average Used Price: $18,239
Americans have long loved the Toyota Highlander and it's easy to see why. It's a comfortable three-row family hauler. When it was new, it was considered well appointed compared to other midsize SUVs. It was also available in four-wheel drive, making it a good daily driver in all climates. 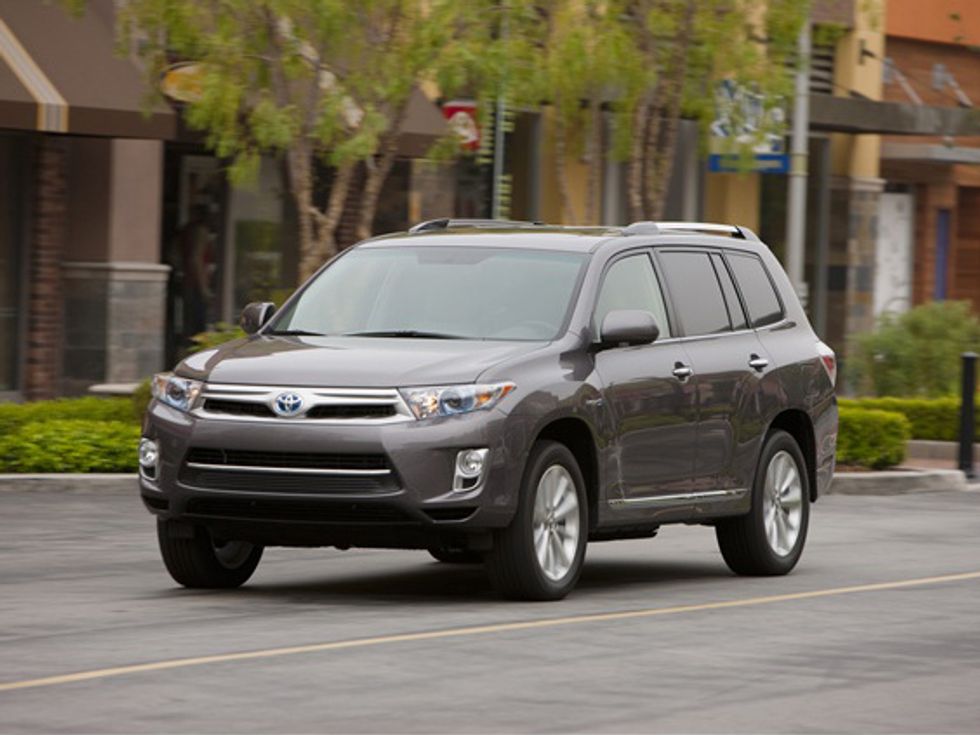 Average Used Price: $18,270
The 2013 Toyota Highlander Hybrid had the advantages of the 2013 Highlander but without the four-wheel drive option. Toyota filled that void by offering superior fuel economy and more rapid acceleration thanks to the hybrid powertrain. 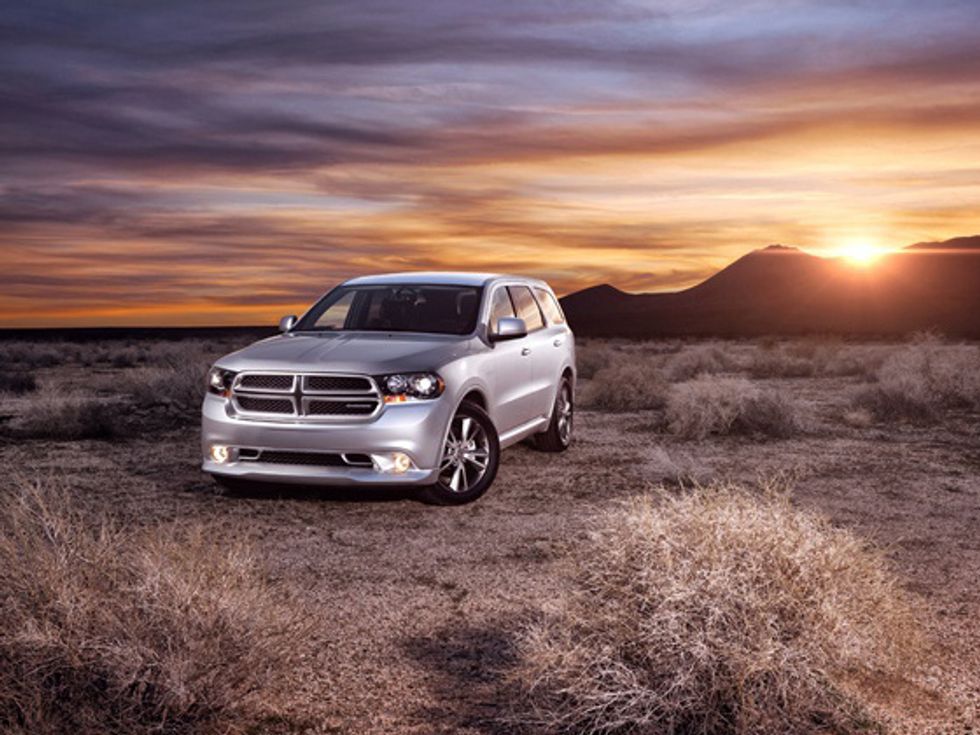 Average Used Price: $18,494
The Dodge Durango is available as either a two- or three-row SUV. It delivers a smooth ride across all grades and has a luxe interior in its highest trim levels. The Durangos infotainment system is easy to use and it was available in all-wheel drive when it was new. 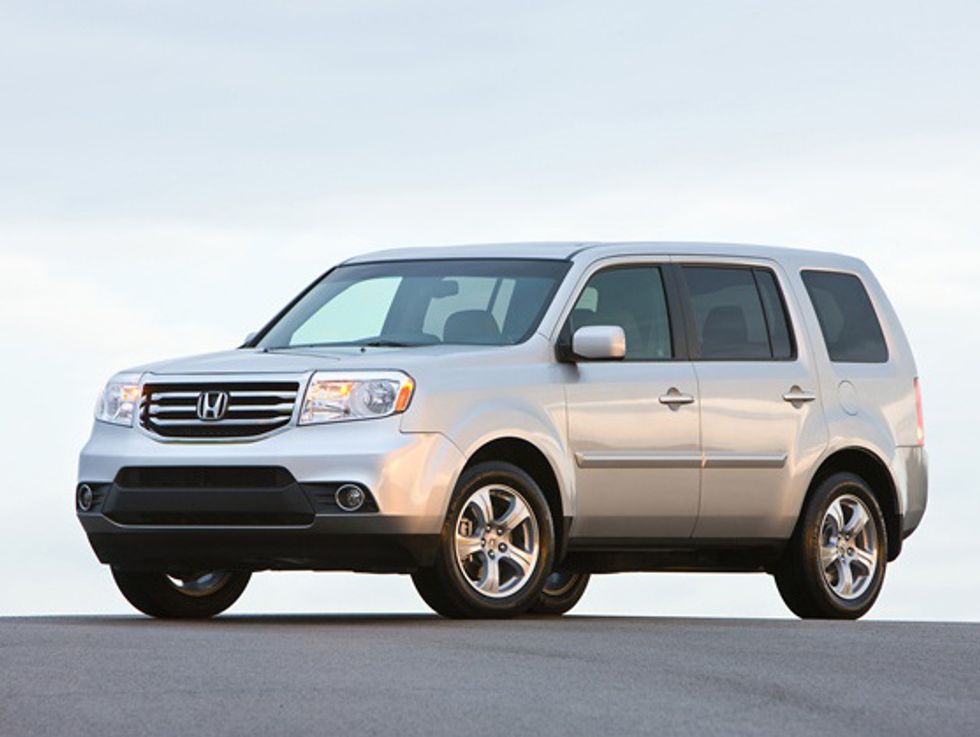 Average Used Price: $18,591
The 2014 Honda Pilot is reliable and spacious but doesn't have an exhilarating engine or luxe interior. Still, it's a solid choice for families on the go, even used. 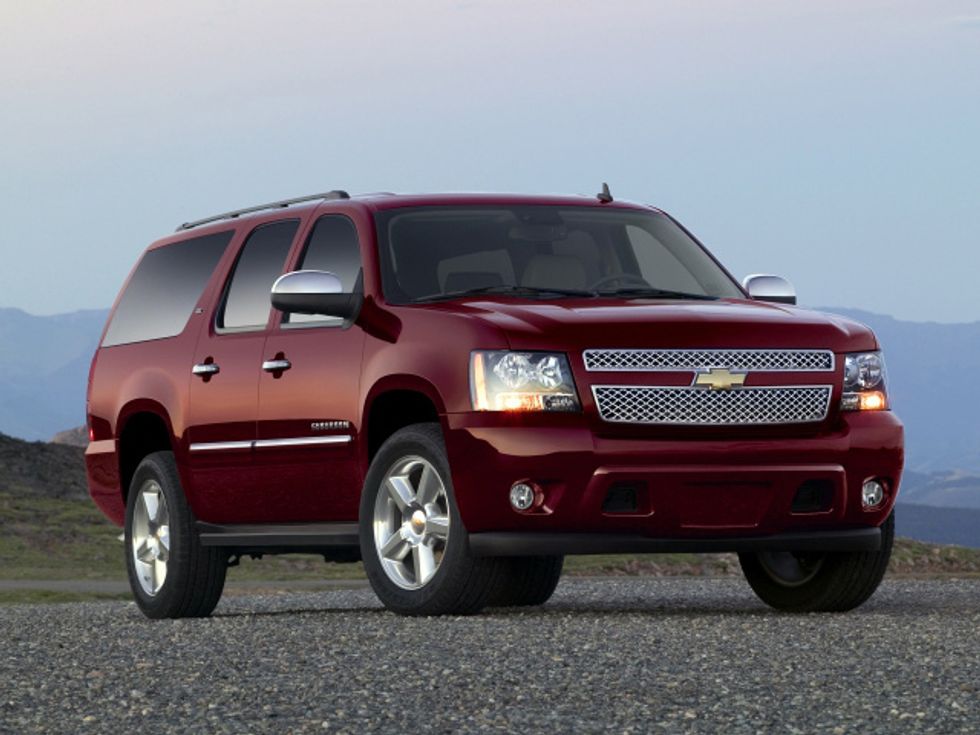 Average Used Price: $18,794
The 2012 Chevrolet Suburban makes an idea people hauler for many reasons. It has plenty of passenger space, can haul and tow a fair amount, and is stable on the road. It's easy to drive and delivers a good amount of cargo space. 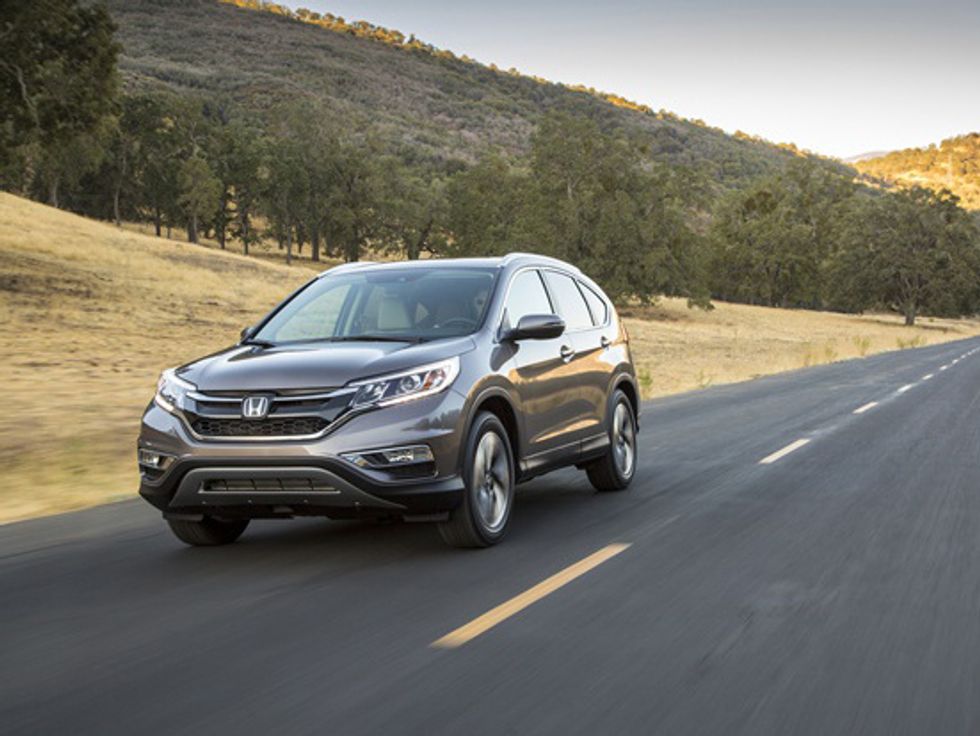 Average Used Price: $19,061
The 2016 Honda CR-V is a two-row SUV that has a lot that small families are looking for. Its cargo area is huge, there's plenty of legroom in both rows of seating, and it's regarded as being generally reliable. 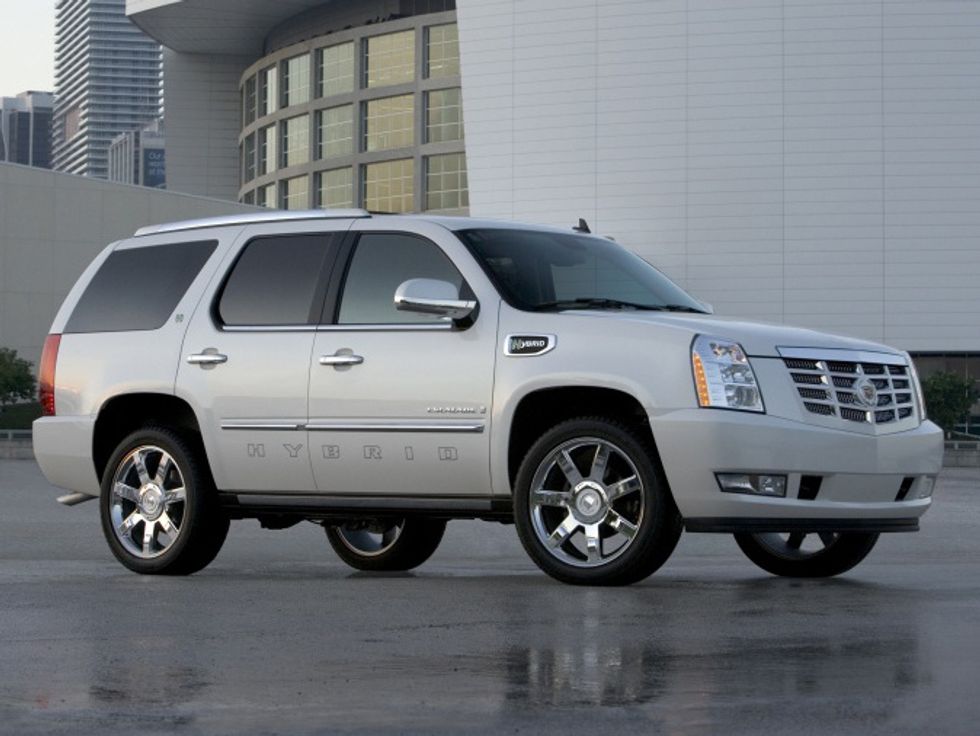 Average Used Price: $19,472
The 2011 Cadillac Escalade's best attributes in 2011 are much the same as they are in the 2020 model. It has a spacious cabin for the first two rows of passengers, a competent engine, and a luxe interior in top trim levels. It delivers a comfortable ride and came in both rear- and four-wheel drive when it was new. 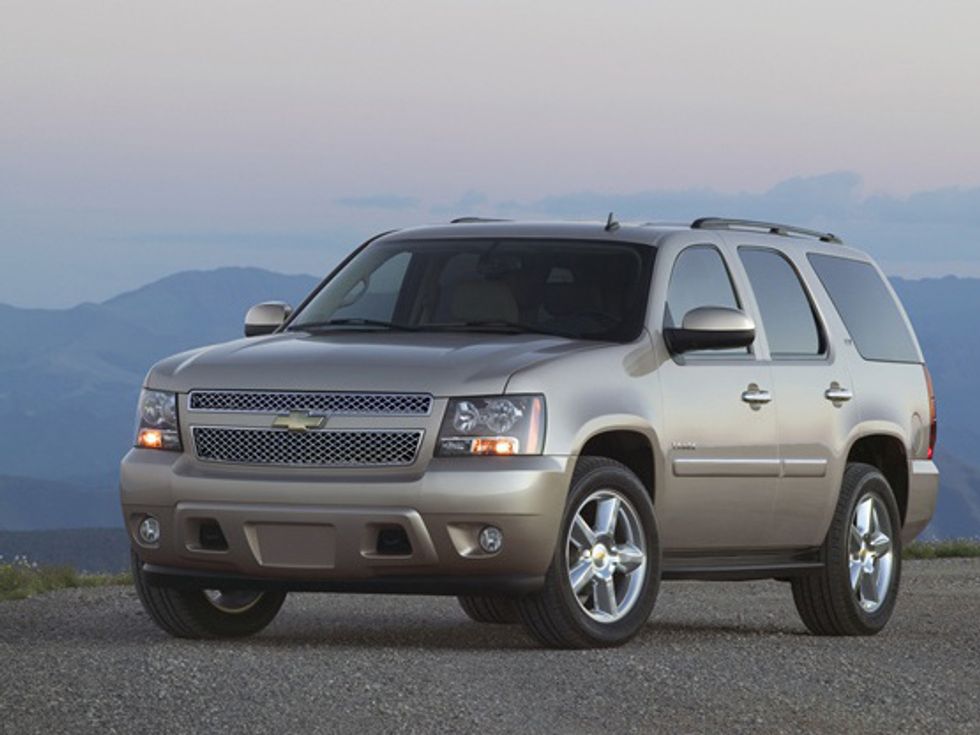 Average Used Price: $19,529
The 2012 Chevrolet Tahoe delivers nearly all the same things that the Chevrolet Suburban does. After all, they're mostly the same vehicle. Though it seats up to nine people in three rows, that third row is cramped for adults. 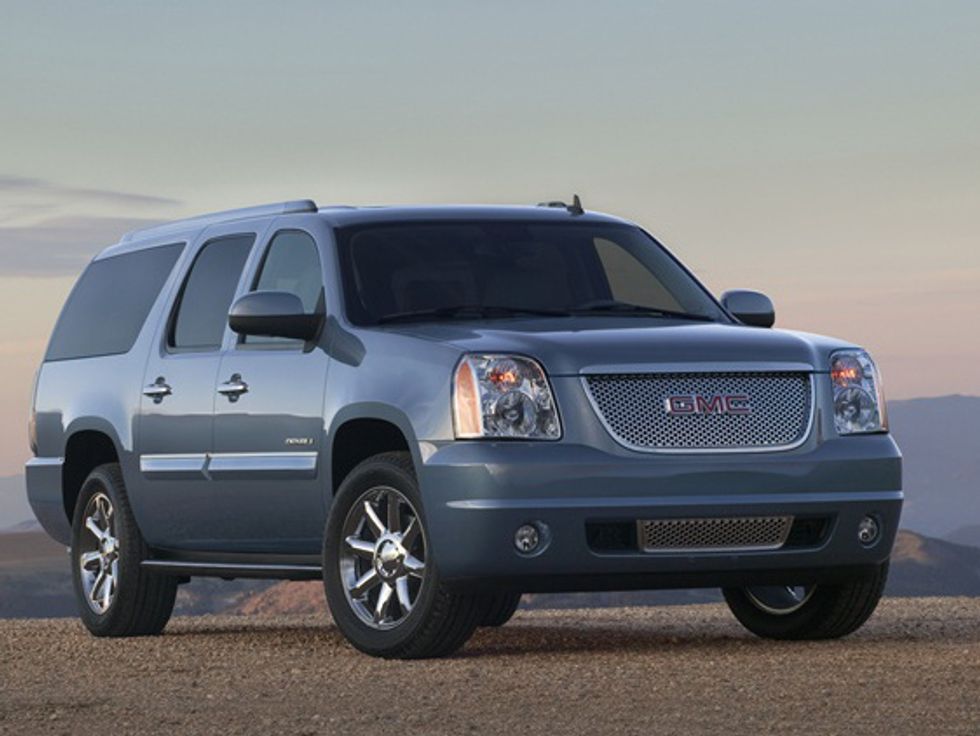 Average Used Price: $19,801
The 2012 GMC Yukon is the brother of the Chevy Suburban and Tahoe so it shares many of the same features. It's easy to drive, has a high towing capacity, and has a competent engine (though it's not too quick off the line). To get the most cargo space from the SUV, you'll need to lower the third row seats.