Warn has introduced new low-profile mounting systems for the Subaru Forester and Outback.

In the last 18 months, Subaru has debuted the next-gen versions of its Forester, Outback, and Legacy. Aftermarket outfitters have been scrambling to develop accessories for the models and take advantage of a growing market for their parts. Warn Industries is no exception, recently announcing the introduction of a semi-hidden kit winch mount for the Forester and Outback.

The Oregon-based company's semi-hidden kits are only for fifth-generation Foresters and sixth-generation Outbacks. 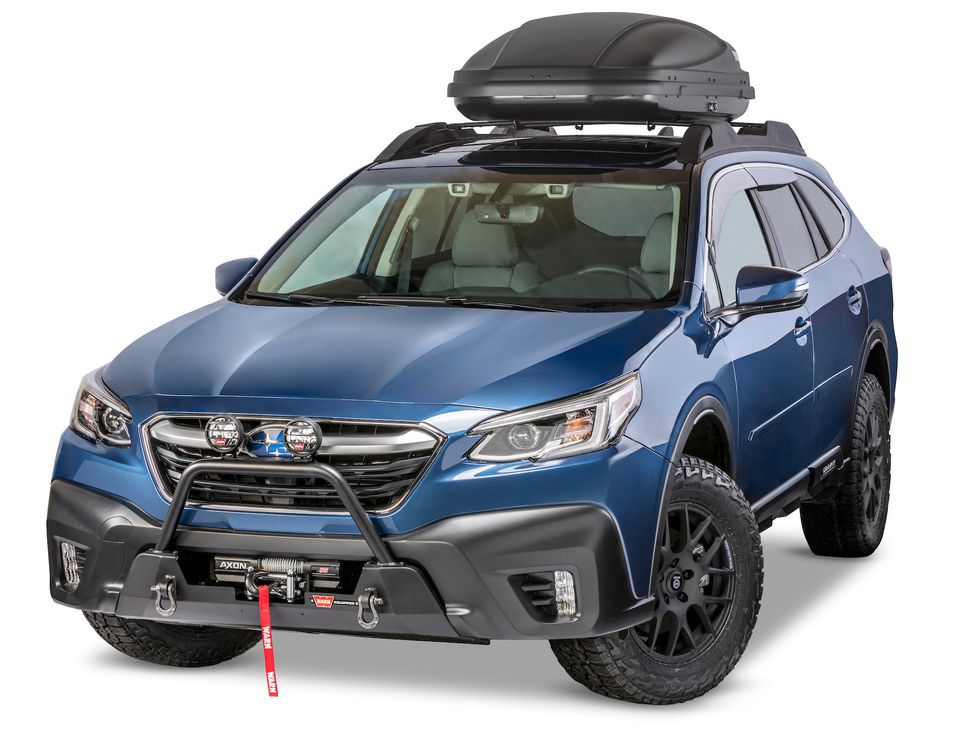 Buyers can choose to add a grille guard to their Outback for an additional fee.Photo courtesy of Warn Industries

Because of their design, the kits provide an increased approach angle and but their low-profile look does not diminish the design lines of either vehicle.

To install, there is minimal cutting to the lower plastic fascial. Warn says that no metal cutting, grinding, or welding is needed. Each kit is compatible with airbags, Subaru's driver assistance system, factory-installed skid plates, and front license plate requirements.

The Forester his is $799 at www.warn.com. The Outbacks' kit is the same price. A grille guard is available for the Outback for an additional $179.99.

Warn designs, engineers, and manufacturers its products in the U.S.A.

Subaru partners with dealerships nationwide to customize their charitable giving based on customer preferences.

The annual Subaru Share the Love Event raised more than $30.4 million for national and local charities between mid-November and the end of the December 2019. Subaru of America, Inc. contributed $24 million to national and local charities. Dealerships added additional dollars bringing the overall total to $30.4 million. That brings the total donated during the annual campaign to over $175 million in the last 12 years.

The Share the Love Event sees Subaru donating $250 to the charity of the customer's choice for every new Subaru vehicle purchased or leased at 632 participating dealerships nationwide. 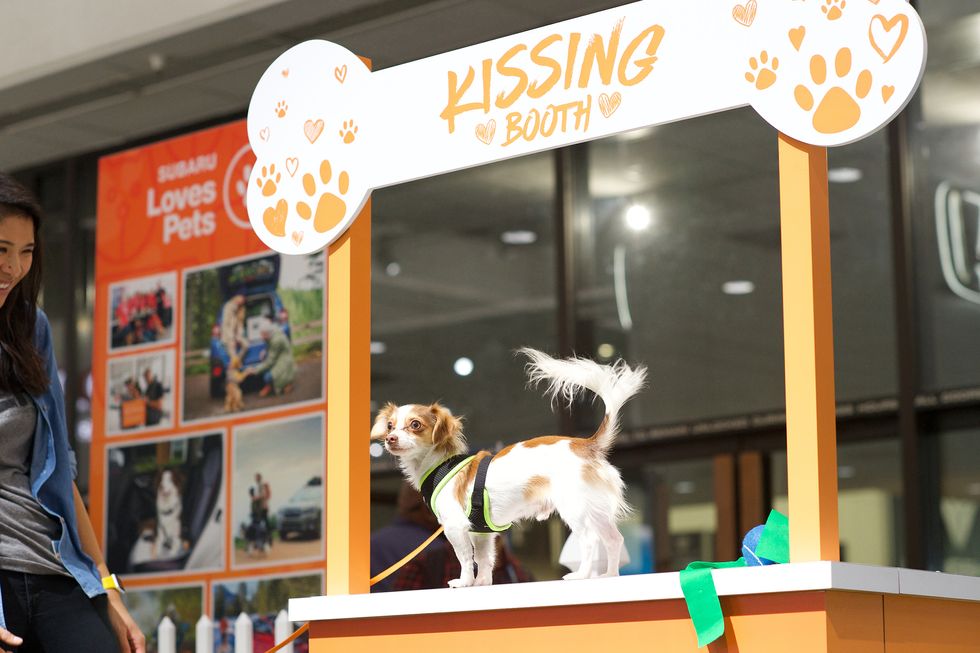 The ASPCA has teamed up with Subaru for the Subaru Loves Pets adoption initiative at local auto shows this year.Photo courtesy of the ASPCA and Subaru of America, Inc.

"Subaru of America, our retailers and our owners all share a common bond that unites us; we are extremely passionate about making a positive impact in local communities nationwide, and nothing aligns with our brand values more than the annual Subaru Share the Love Event," said Alan Bethke, Senior Vice President of Marketing, Subaru of America, Inc. "We are immensely proud to work together with our retailers to give back and since 2008, we're honored to have donated more than $175 million to a host of national and local charities."

This marks the fourth consecutive year that Subaru opted to not cap donations to the company's charitable partners; the American Society for the Prevention of Cruelty to Animals (ASPCA), Make-A-Wish, Meals on Wheels America, and the National Park Foundation.

Subaru retailers were also able to add one or two local charities to the mix as options for their customers bringing the efforts of more than 695 charitable organizations to the forefront. Select retailers had the option to add an additional flat donation, which totaled more than $250,000.

Subaru routinely partners with local and national organizations outside the Share the Love Event timetable. These efforts include rescue dog adoption areas at local auto shows and clean up efforts in and around Philadelphia, near the company's headu

A new report by AutomotiveNews indicates that Subaru is adding a new 2.5-liter engine option to its lineup.

One of the biggest complaints reviewers and buyers have about the Subaru Crosstrek. is that it's underpowered. The small SUV's 152-horsepower 2.0-liter four-cylinder engine is plenty competent as a daily driver but when it comes to more exciting driving situations, the Crosstrek doesn't have the oomph to keep up.

AutomotiveNews has reported that during the annual National Automobile Dealers Association conference in Las Vegas, Subaru of America's CEO Tom Doll told dealers that Subaru's 2.5-liter engine will replace the current 2.0-liter for the 2021 model year. 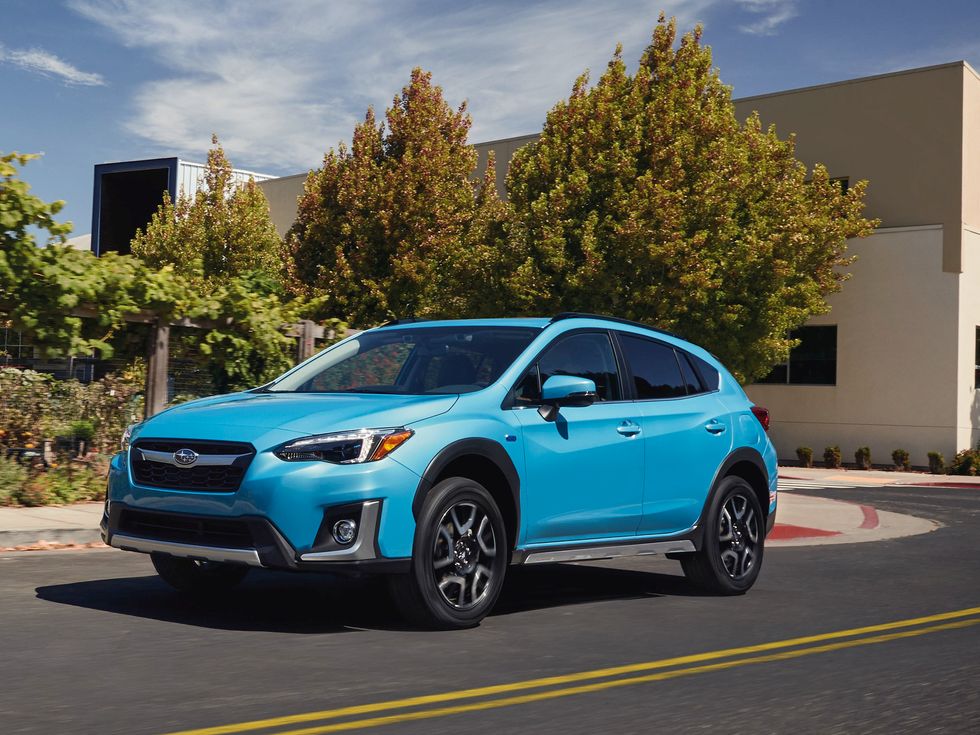 Subaru sells a plug-in hybrid version of the Crosstrek in certain states.Photo courtesy of Subaru of America Inc.

That's the same engine that is standard in the 2020 Subaru Outback, Forester, and Legacy. In those models, the 2.5-liter four-cylinder engine achieves 182 horsepower and 176 pound-feet of torque. Those numbers would be a significant upgrade for Crosstrek customers.

The power plant gets 26 mpg in the city and 33 mpg on the highway. That's about the same fuel efficiency as the 27 mpg/33 mpg city/highway that the Crosstrek gets from its current 2.0-liter engine.

In the Outback, Forester, and Legacy, the engine comes paired with a standard continuously variable transmission. That is likely to be the case with this engine offering.

Doll told dealers that the new engine will be available in the Limited trim level.

The Subaru Crosstrek saw sales decline in 2019, but still managed to claim a spot on the top 20 SUVs sold list.