Audi owners can now rent a vehicle like they have at home when they travel.

It's like a little piece of home with you when you're on the road. Imagine driving your Audi A4 to the airport and hopping on a flight knowing that when you arrive at your destination an Audi A4 will be your rental car. That's the concept behind Silvercar by Audi.

Called "Always Audi", the program allows cusometers who have purchased or leased a 2019 or newer Audi to receive seven complementary rental car days in an Audi at no additional cost. The opportunity is managed by the Silvercar by Audi car rental service.

"This new offering deepens our ties with Silvercar and offers customers even more ways to experience Audi," said Cian O'Brien, interim president and chief operating officer, Audi of America. "With this program, our customers can drive the Audi they love even when they're away from home."

Silvercar by Audi customers can rent the same make and model vehicle away from home that they drive every day at home.Photo courtesy of Audi AG

Currently, Silvercar by Audi offers four models for customers to choose from: Audi A4, Audi A5 Cabriolet, Audi Q5, and Audi Q7. Each model comes fully loaded with Wi-Fi, navigation, and satellite radio. There are no mileage restrictions on the rentals.

The service is available in 26 locations in the U.S. including Austin, Dallas, Las Vegas, San Francisco, and San Diego.

Redesigned Acura TLX gets dedicated architecture to enhance its performance

This unique Bentley was designed as part of a contest.

The car was designed by a contestant named Eleanor who submitted the entry as part of a recent online competition for Bentley colleagues and their families to design their own Bentley Mulliner Bacalar. The Barchetta-style Bacalar marks the reintroduction of the marque as a bespoke automaker. This particular pant job will reproduced in real life on the exterior a limited run of 12 models.

From rich reds through vibrant mid-tones through to energetic blues and purples, these are the seven colors that make up the rainbow paint job with descriptions provided by Bentley: 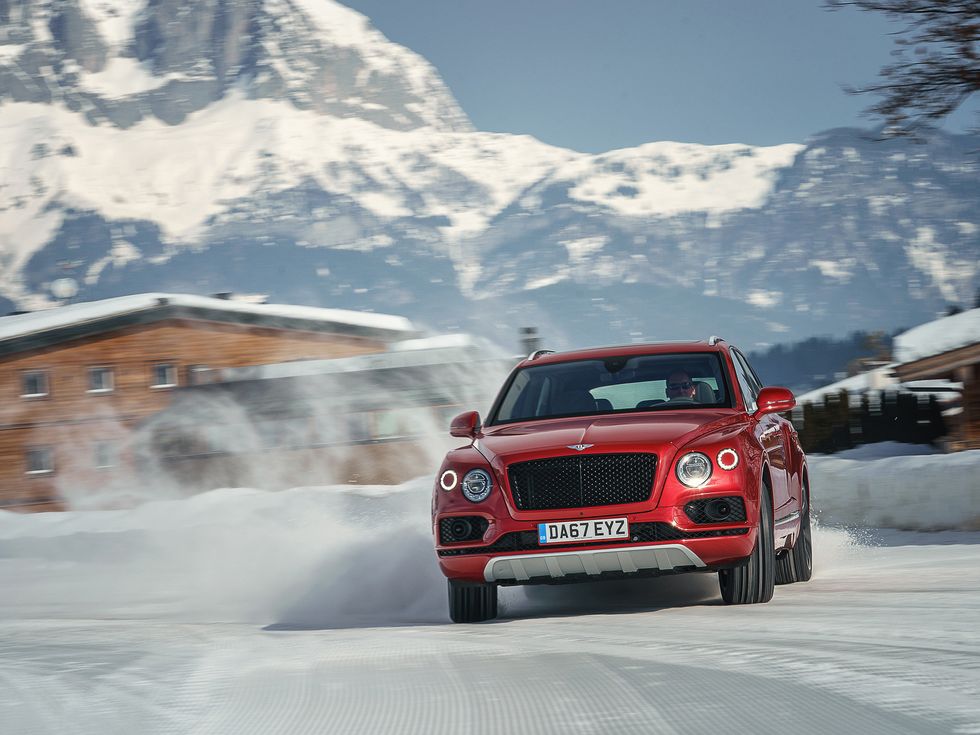 An arresting and distinguished metallic red, evoking a sense of speed and presence. The first iteration was used to launch the original Continental GT V8 in 2012, and in its second version Dragon Red II remains a deep and rich colour regardless of the tone of the light that illuminates it, and was used as the launch colour for the Bentayga V8. 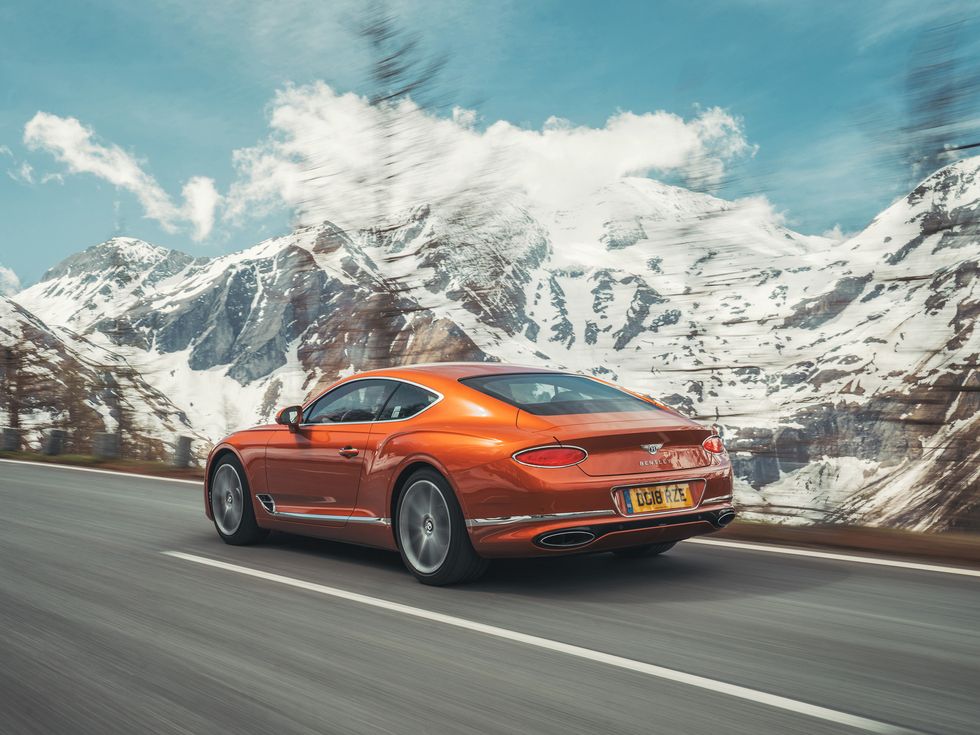 Orange Flame matches other vivid palette colours such as Citric and Magenta in its ability to make the boldest of statements. Mixed with Mica pigment and powdered aluminum, Orange Flame is painted in a single layer, topped with a clear coat, cured and then finished with a 'mirror finish' polish. It provides exceptional contrast across the muscular curves and sharp lines of the Bentley range, and was used to launch the Bentayga Speed. 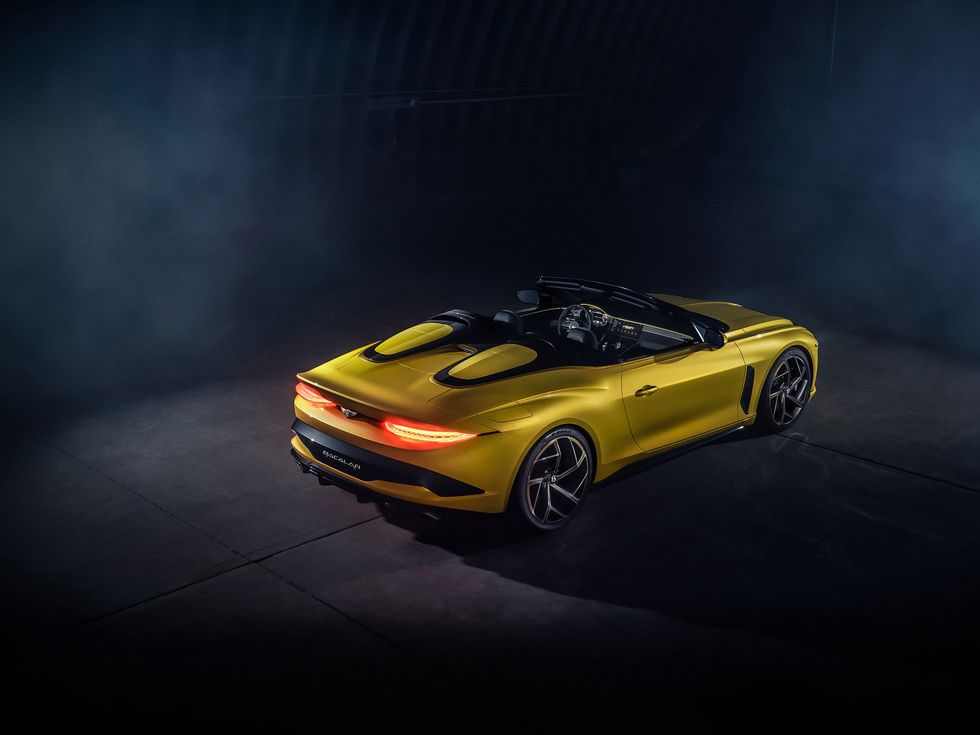 A unique colour created for the recently launched, limited edition Bentley Mulliner Bacalar – Bentley's return to coachbuilding – providing an incredibly striking example of how the luck 12 Bacalar customers could specify their car. Using a 'colourstream' pigment containing rice husk ash, a byproduct of the rice industry, this specially developed paint reflects a striking transition of colour that intensifies the drama of the form and contours of the Bacalar exterior. 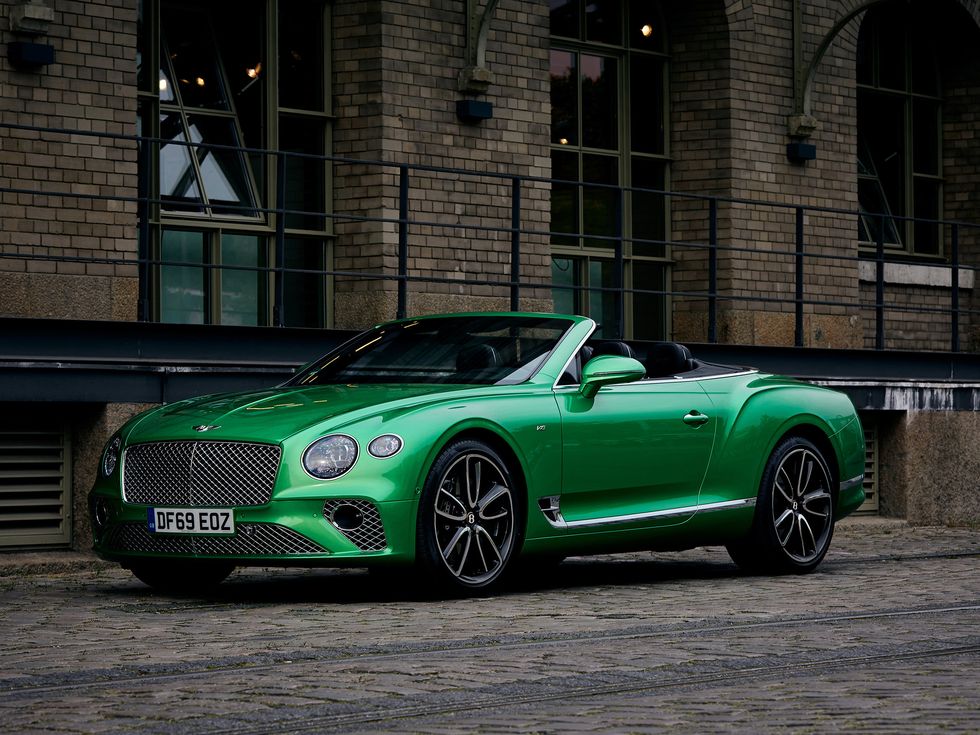 A fresh, modern hue in the green spectrum, Apple Green is a bespoke Bentley colour that provides a striking pop of confident colour. 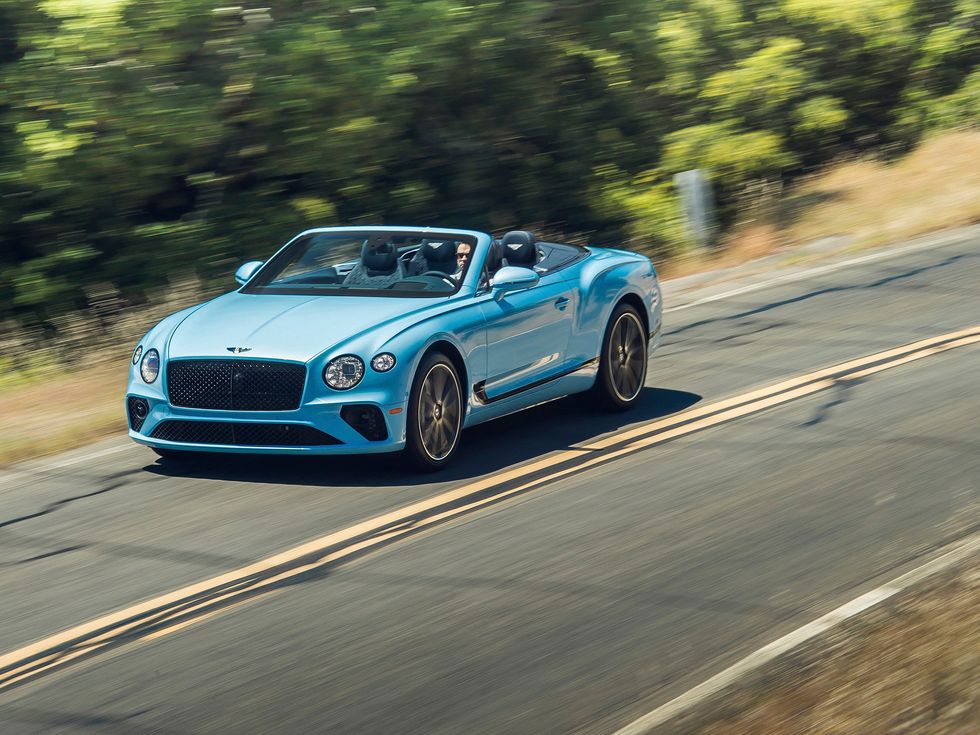 A light, very fine, almost powder blue metallic finish that can transition between a cool silver in warm light to and a soft, elegant blue in cooler light. Both sporting and luxurious, this shade is perfect for those looking to make a bold statement and pairs incredible well with Bentley's Blackline Specification, replacing exterior chrome brightware with black versions. 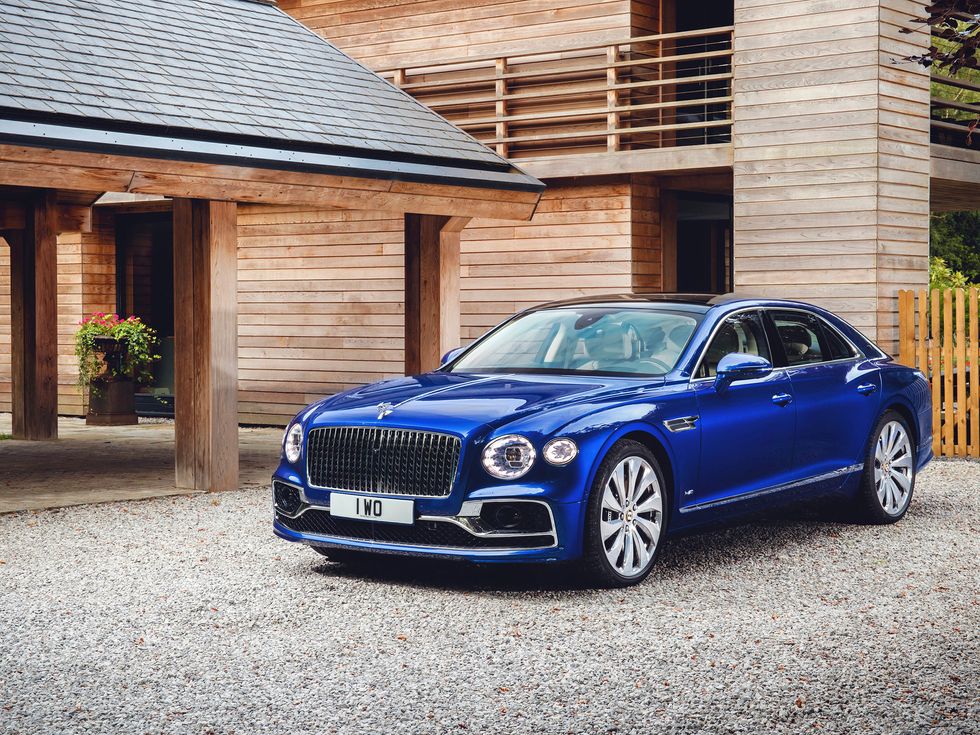 One of Bentley's most iconic colours, Sequin Blue was originally a special request from a customer to match the colour of a sequin from her favourite ball gown. This is a bespoke rich metallic blue with a deep shadow and 'flop' (how a metallic paint reflects different amounts or hues of light depending on the lighting angle), and has a sumptuous fluidity and unrivaled ability to draw attention to the exterior shape and form. Sequin Blue launched the third-generation Continental GT in 2017, and is one of the top 10 most popular paints for customers. 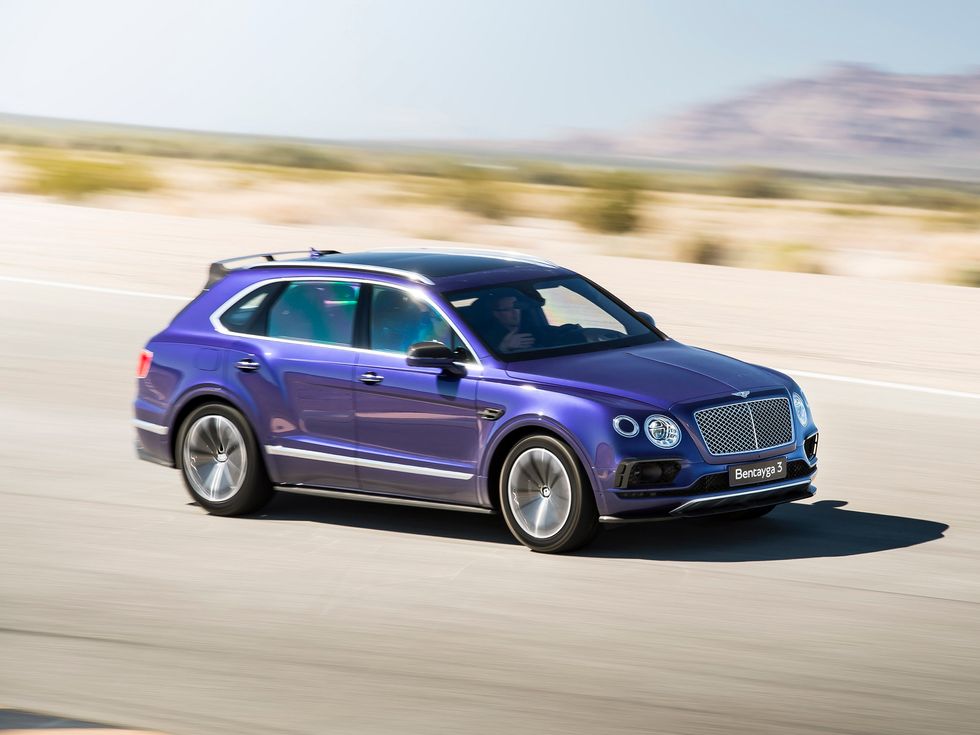 Azure Purple is a dark, rich shade with blue undertones which was created when Bentley was asked to match the unmistakable colour of the beautiful African Violet flower. A confident and flamboyant colour, it has been used by customers of both Bentayga and Continental GT.

The interior of the vehicle was also chosen as part of the competition but has not yet been publicly shown. Both winners were chosen by Bentley's Director of Design, Stefan Sielaff.

It's been over 21 years since Hyundai began working on hydrogen fuel cell technology.

The year was 1998. America was learning the lurid details of President Clinton's sex life in the Oval Office and Viagara was approved. Mark Maguire and Sammy Sosa battled for the single-season home run record and captivated the country. Later that year, John Glenn would return to space.

That's the same year that Hyundai Motor Group began developing Fuel Cell Electric Vehicle (FCEV) technology, establishing a dedicated research team. The project, in collaboration with United Technologies Corporation (UTC) was dubbed "Project Mercury" (whether of not that is because of John Glenn's affiliation with the Mercury Seven or just a coincidence has yet to be confirmed).

That project developed a number of vehicles of increasing capability until it ended with the Mercury II, which was developed on the JM Tucson platform with an 80 kW fuel cell system, 337 km range and the ability to start from temperatures as low as -20°C.

In conjunction with the Korean Government's G7 Project, which recognized a need for Korea to develop scientific and technological intellectual property of its own lessening its reliance on other countries and establishing itself as an authority, Hyundai launched the Polaris project. That project led Hyundai to independently develop complete fuel cell systems. The Polaris II had an an output of 80 kW and a range of 370 km.

Hydrogen transportation at the 2006 World Cup 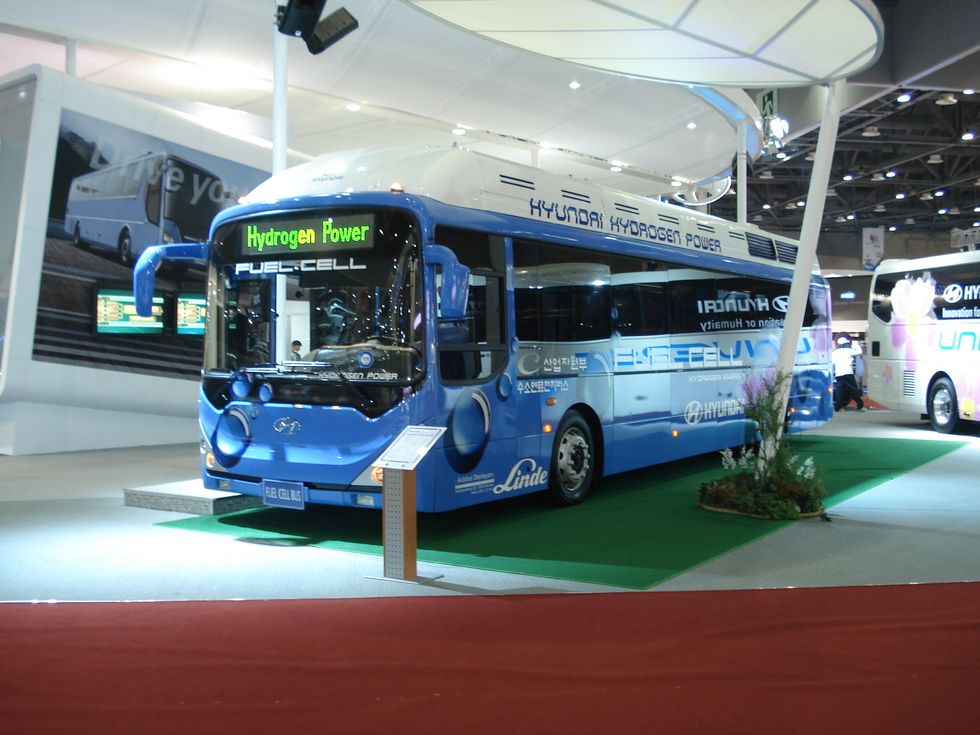 In 2005, Hyundai had developed its first fuel cell bus with a 160 kW fuel cell system and an operating range of 380 km. The company used the bus to transport attendees of the 2006 FIFA World Cup in Germany. This marked the first time a Hyundai bus was certified for use on European roads. 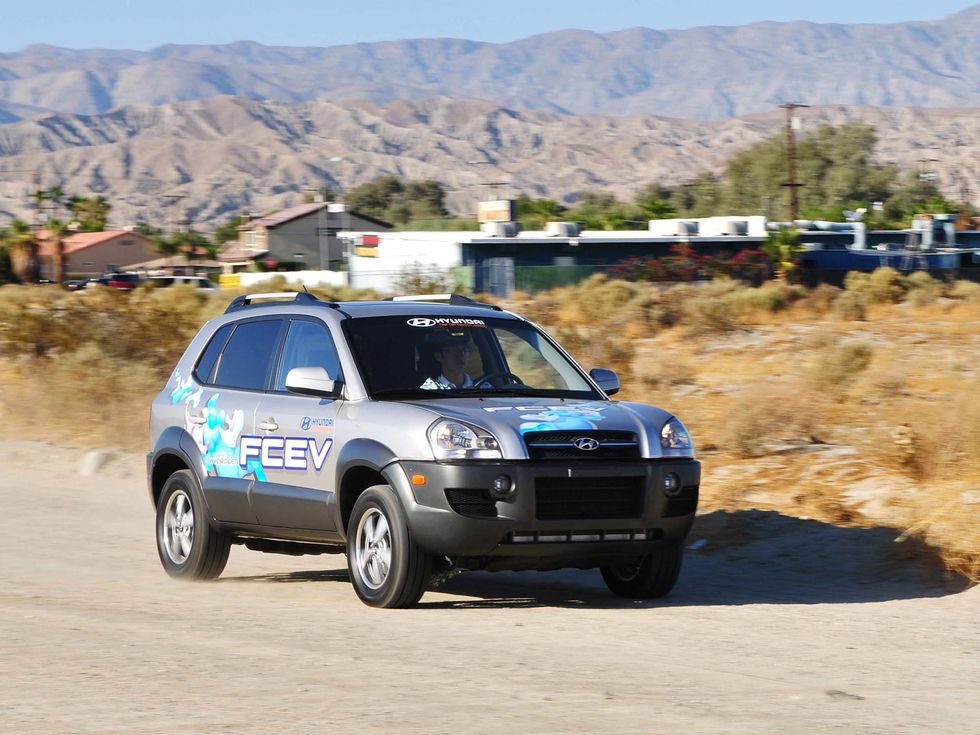 Years before it started in on FCEV tech, Hyundai started in-house electric vehicle (EV) research. The 2007 Tucson FCEV (shown above) unified the efforts of both teams delivering an output of 100 kW and a range of 370 km. Two years later, the second generation of the fuel cell bus was introduced, offering 200 kW of power and a range of 380 km.

Eighteen years after the project began, it hit a significant milestone. The accumulative distance covered by all Hyundai FCEVs in hit the two million km mark in 2010. That same year, the ix35 FCEV prototype was launched. Notably, the concept car used a 100 kW fuel cell system and 700 bar storage to produce a NEDC-certified 594 km range. 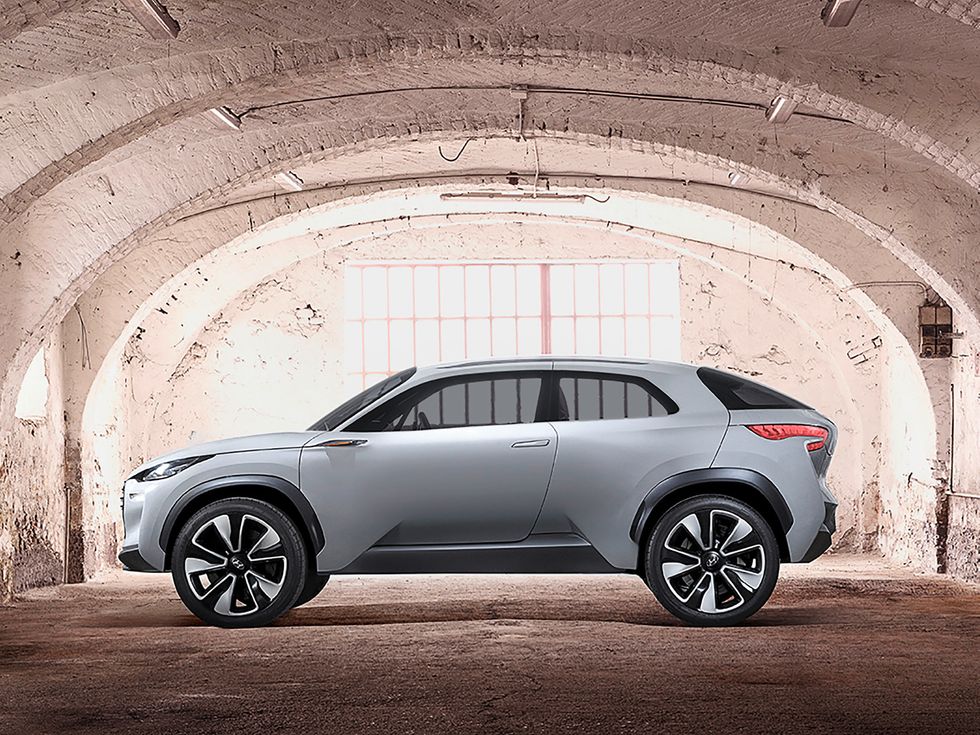 The Hyundai Intrado concept (shown above) debuted at the 2014 Geneva Motor Show showing how FCEVs could be used and adapted using advanced materials like high-strength steel and carbon fiber. It also showed off the evolved power of fuel cell technology offering a hybrid lithium-ion 36 kW battery, with a range of over 600 km.

One year later, Hyundai was selling ix35 fuel cells globally, including in the U.K. where 17 customers began driving FCEVs for daily use. 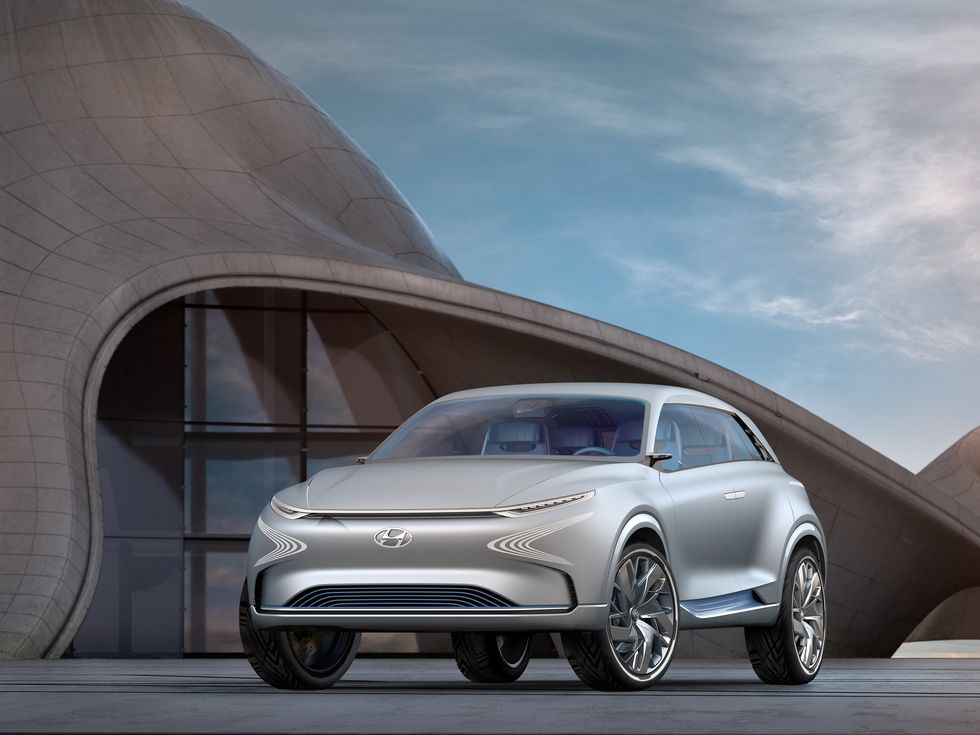 By 2017 the FE Fuel Cell concept (shown above) was making its debut at the Geneva Motor Show. It was longer, lower, and wider than the ix35. It also featured new drivetrain technology including a fuel cell stack that was 20 percent lighter than its predecessor, but delivers 30 percent more range, bumping that number to over 800 km. 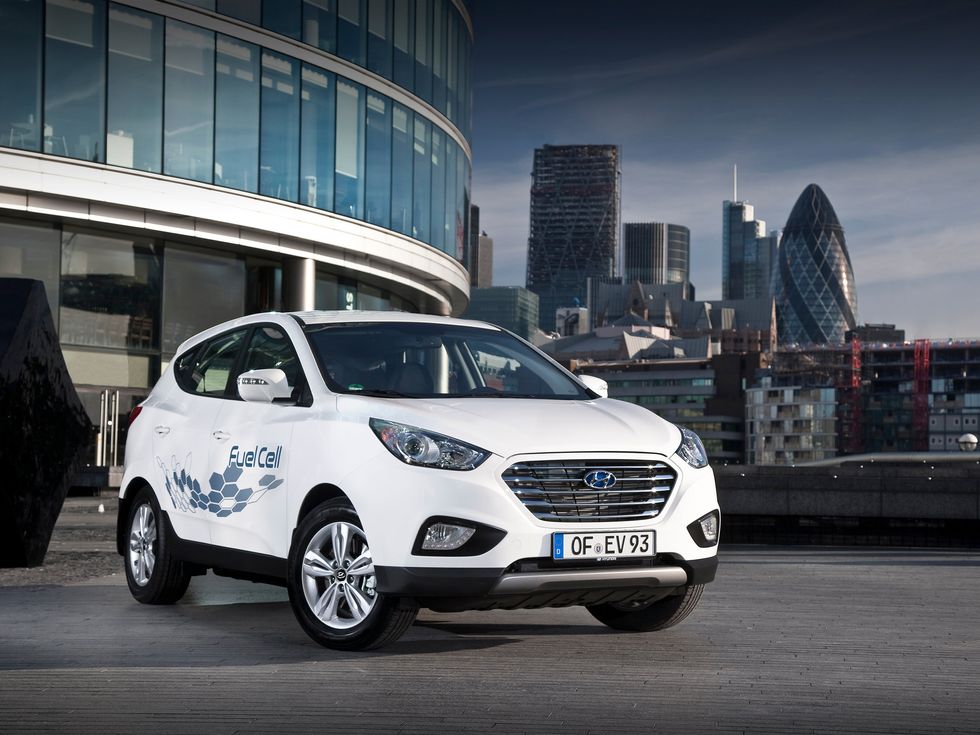 Fuel Cell Vision 2030 was announced following the launch of Nexo, upping the company's commitment to hydrogen. Hyundai Motor Group has committed to boost annual fuel-cell system production capacity to 700,000 units by 2030 and explore opportunities to expand the possible usage of fuel cells, including in industrial settings.

In May 2019, the Hyundai Motor Group announced an investment of €80 million in Rimac, the high-performance electric car company perhaps best known stateside as producing the Concept One car that "The Grand Tour" presenter Richard Hammond crashed and nearly died in. With this move, Hyundai joined Porsche, has a 15.5 percent stake in the company, in betting on the future.

Together, Hyundai and Rimac have been working closely together to develop prototypes for both an electric version of Hyundai's N brand mid-ship sports car and a high-performance fuel cell electric vehicle with the intent to bring them to market.

Last September, Hyundai Hydrogen Mobility, a joint venture between Hyundai Motor Company and H2 Energy, was born. The duo teamed up with Hydrospider, a venture to promote a green hydrogen ecosystem in Switzerland and other European countries. As part of this partnership, Hyundai Hydrogen Mobility plans to bring 1,600 Hyundai H2 Xcient Fuel Cell Electric Trucks to market. The truck features a new 190 kW hydrogen fuel cell system with two 95 kW fuel cell stacks connected in parallel. It delivers a single-fueling travel range of more than 400 km, with a fuel storage capacity of almost 35 kg of hydrogen.

Hyundai isn't keeping all the FCEV tech to itself. They have recently partnered with Audi, which has allowed the manufacturers to share fuel cell technology developments with each other.