A new bespoke creation from the Rolls-Royce team features a flower motif.

A Stockholm-based entrepreneur with an affinity for flowers has commissioned a new Rolls-Royce Phantom. When he ordered the car, he challenged Rolls-Royce Bespoke Collective, the company's high-level customization team, to envision a car that wrapped its occupants in a floral scene.

The result is a new Phantom with one million embroidered stitches. 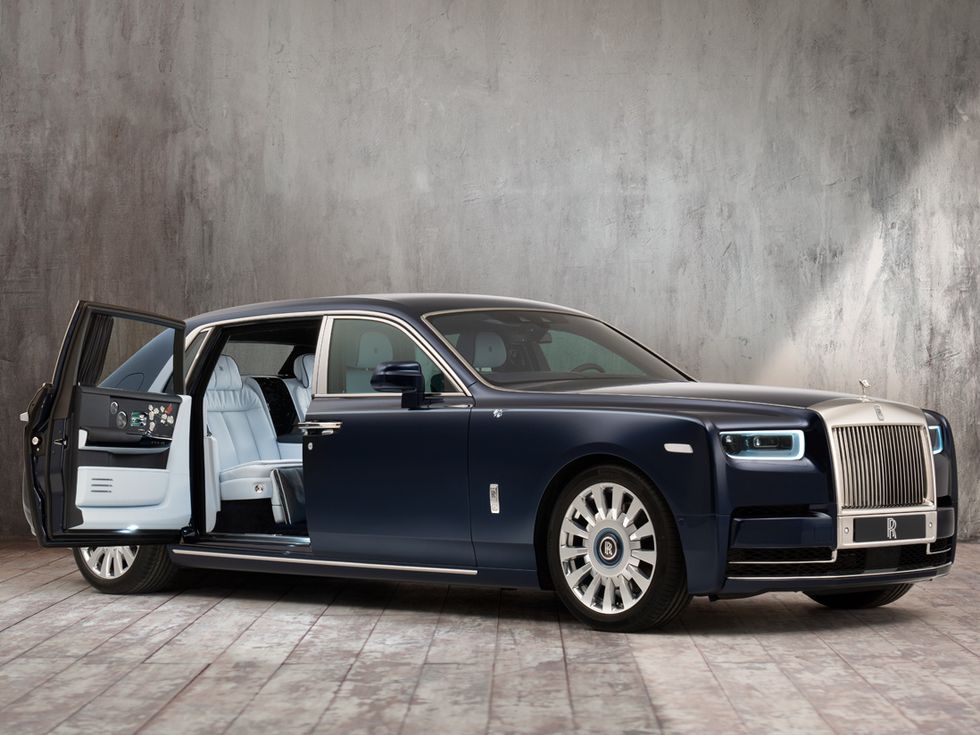 "The Rose Phantom is a stunning iteration of a contemporary Rolls-Royce," said Torsten Müller Ötvös, Chief Executive, Rolls-Royce Motor Cars. "Our extraordinary craftspeople at the Home of Rolls-Royce have achieved, with this car, something which can only be described as sublime. The work of our Bespoke Collective is the best in the world. When I look at creations like this car, it is with a sense of pride that I know that these skills could not be replicated anywhere else in the world. This is undoubtedly one of the greatest Rolls-Royce Phantoms of its generation."

Ieuan Hatherall, one of the Bespoke Designers on the Rolls-Royce team, took inspiration for the design from the rose garden at the Home of Rolls-Royce in Goodwood, West Sussex. It is in that garden that a special breed of flower, the Phantom Rose, is exclusively grown. It was bred exclusively for Rolls-Royce by British Rose Breeder Philip Harkness of Harkness Roses. 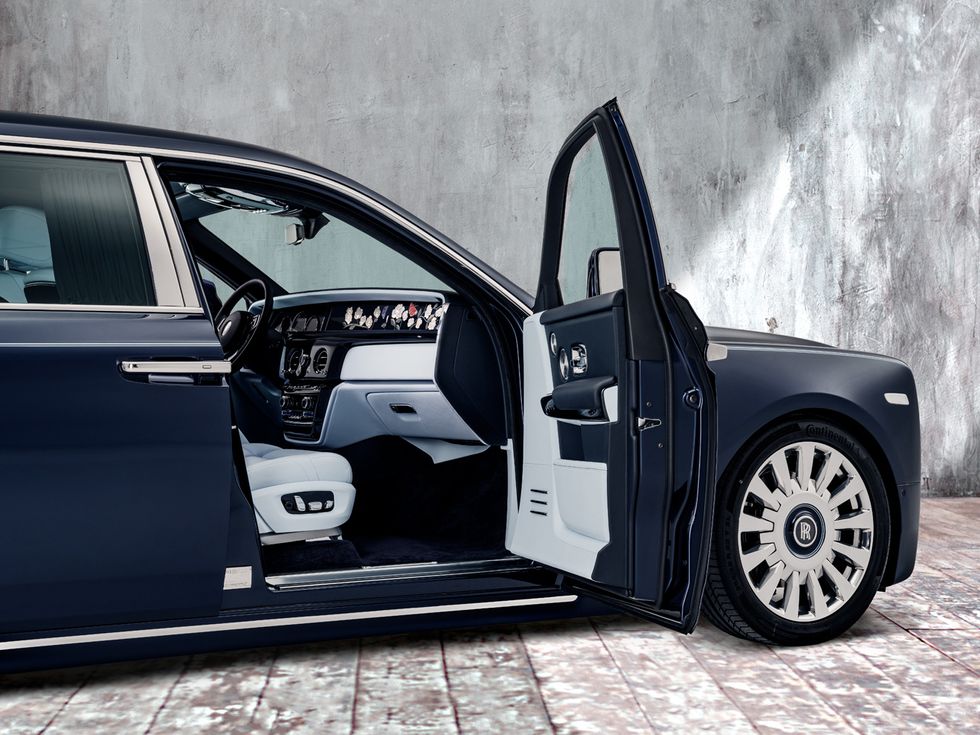 The owner's family chose the exterior paint color of the sedan.Photo courtesy of Rolls-Royce Motor Cars

"There is a transcendent beauty when a rose garden is in full bloom," Hatherall said, "The patron wanted to create that same feeling of awe; an abundance of flowers to lift the spirit and celebrate nature's decadent beauty, in the Rose Phantom's serene interior."

The exterior of the new Rose Phantom car is covered in a Peacock Blue paint job. It features a Charles Blue twinned-coachline designed to intertwine like the stem of a rose. The wheels are the same color as the pinstripe. 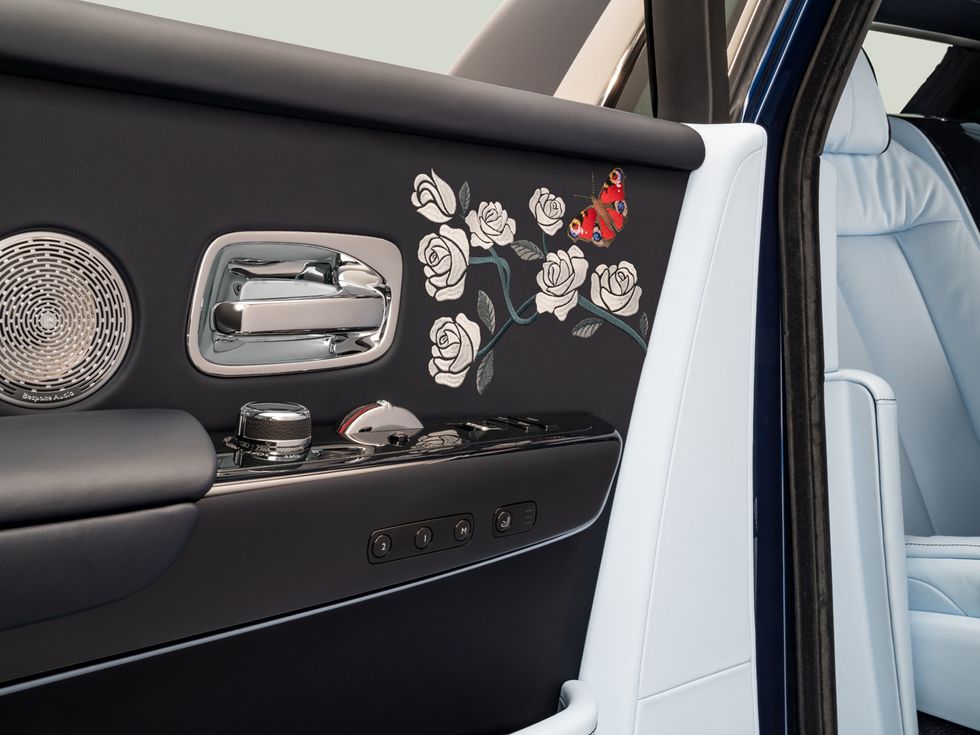 The flowers on the car's interior were inspired by the garden at Goodwood.Photo courtesy of Rolls-Royce Motor Cars

Inside the model is the one-million stitch embroidery. Starting with the inside of the rear doors and opening up to engulf the cabin in the stitched mastery of a season in full bloom. The Phantom Roses depicted appear in various stages from bud to bloom, in an asymmetrical design that appears to naturally grow across the roof lining. The roses are interspersed with the individual fiber-optic lights of the car's headliner. 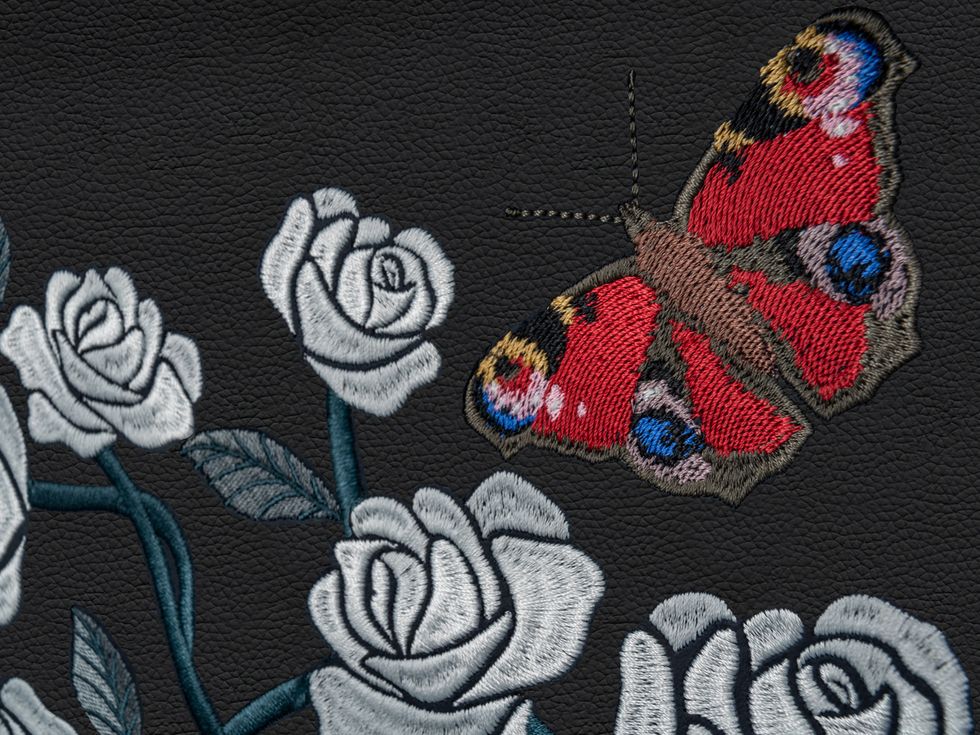 At the patron's request, butterflies were added to the design.Photo courtesy of Rolls-Royce Motor Cars

In addition to the flowers, Peacock and Adonis Blue butterflies were added to the motif. 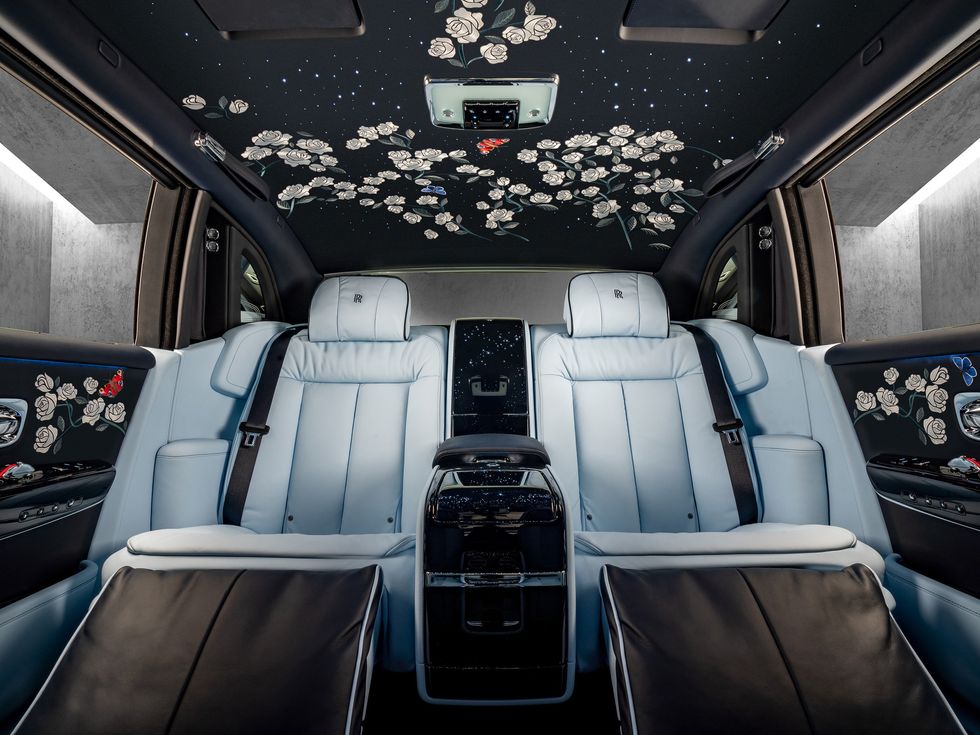 While the car was inspired by nature, it was designed to haul around a family, who also played an integral role in its design. The patron has a wife and two children. His daughter Magnolia chose the exterior color of the car while his wife designed the Rolls-Royce's umbrella.

Rolls-Royce introduces a new Dawn with a historic name

The Rolls-Royce Silver Bullet takes its name from years of company history.

The sleek silver large-body convertible is a bit of a relic of a bygone era. No, further back than the days of the Toyota Solara and Chrysler Sebring. The trend that started near the last bit of the Roaring 20s and continued in its prime until the late 60s.

The Jazz Age decadence and free spirit of the early part of the 20th Century is embodied in the latest model from Rolls-Royce, the Dawn Silver Bullet Collection. The new vehicle is the first Rolls-Royce Collection Car of the new decade. 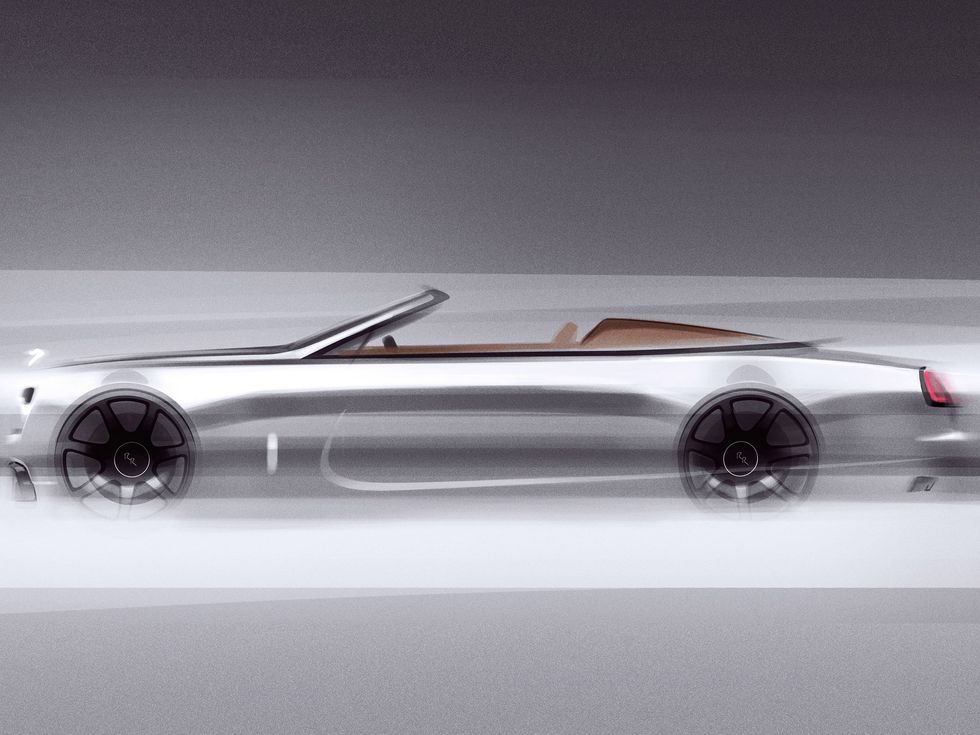 Its name comes from the company's storied past, which includes cars named the Silver Dawn, Silver King, Silver Silence and Silver Spectre.

This particular model features an ultra-metallic silver paint finish. Its aero cowling moves the car from brute to glamorous speedster. It features a rakish silver centre spine brings the bodywork into the cabin. A vapour-blasted titanium finisher completes the aero cowling windbreak and proudly displays the Silver Bullet name and silhouette. 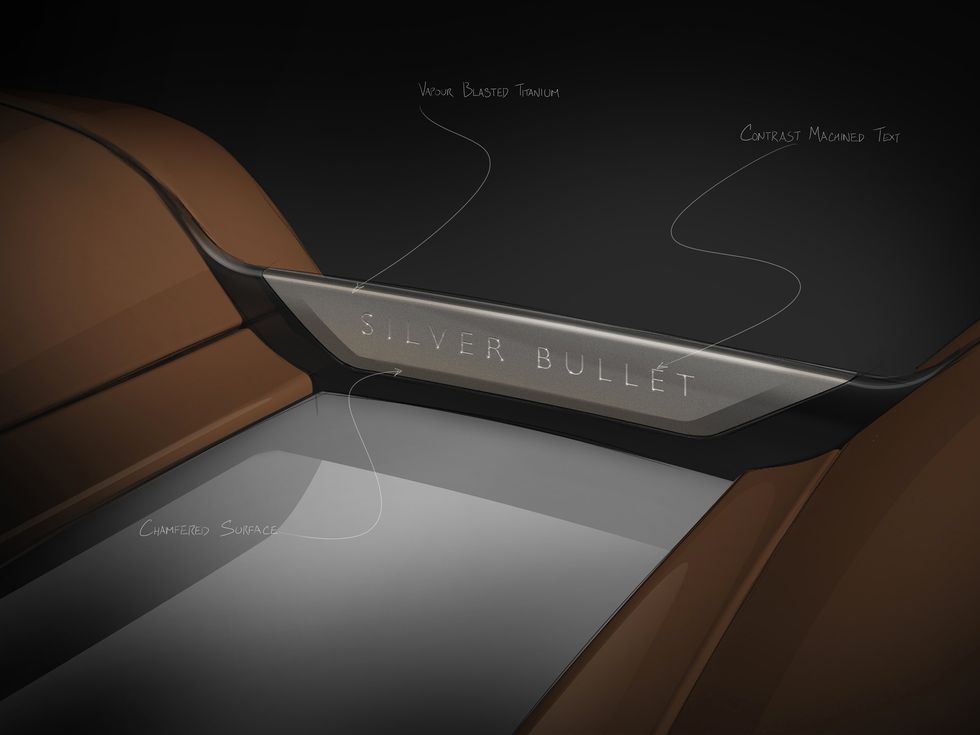 Inside, the Dawn Silver Bullet Collection has a unique open-pore carbon fibre fascia and a quilted transmission tunnel with design cues taken from a leather jacket. 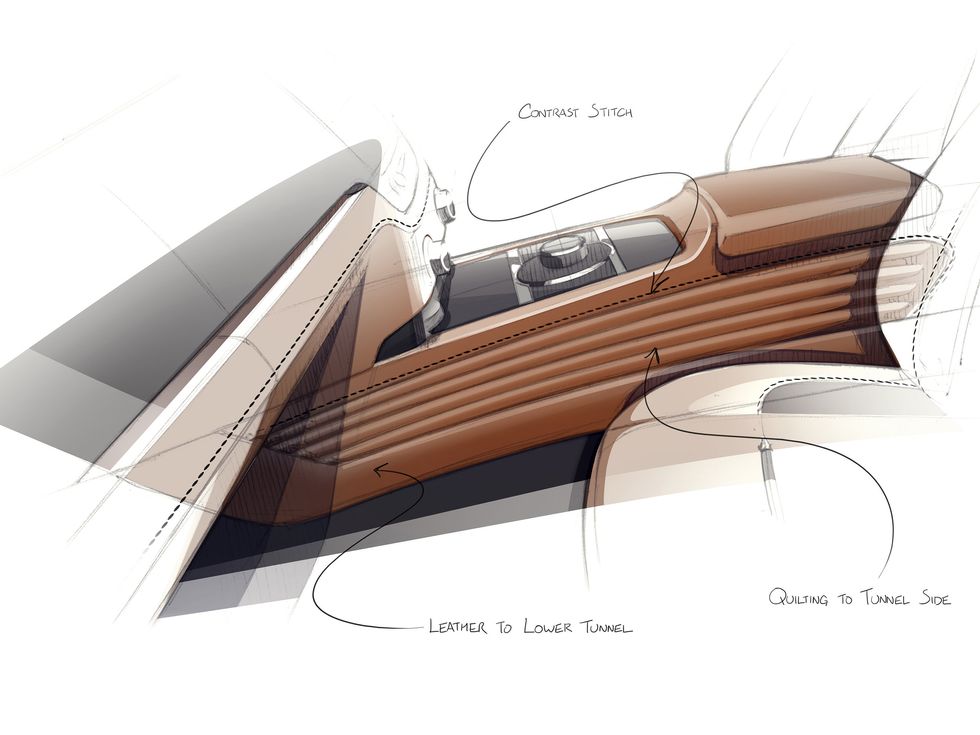 Designers sketched out the car's design well in advance of one reaching production. Here is one of the sketches showing the transmission tunnel design.Photo courtesy of Rolls-Royce Motor Cars

Just 50 of these models will be made. Pricing is likely in "if you need to ask, you can't afford it" territory.

The company will be be curating a special series of "Silver Bullet Drives" featuring epic road trip suggestions for Rolls-Royce owners in its Whispers app.

Rolls-Royce has rolled a new app that caters to the brand's exclusive clientele.

Rolls-Royce can customize nearly everything about a vehicle for the right price. Now, the company is moving forward with plans to help owners customize their own lives with bespoke experiences befitting their luxurious lifestyle.

The world is at the fingertips of Rolls-Royce owners who use the new Whisper app, billed as, "an entrepôt to a world that Rolls-Royce intimately and uniquely understands – a digital gateway to a curated world of luxury." 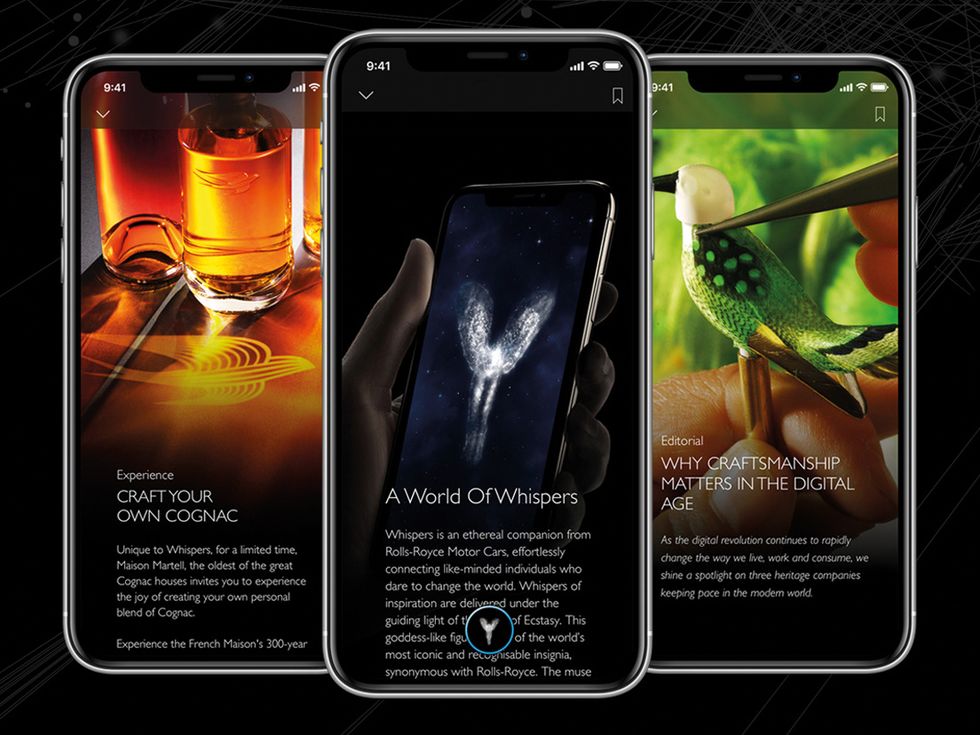 "An ever-changing collection of beguiling products has been curated to surprise, delight and intrigue. Members can create their very own bespoke experiences or products. They are invited to work with experts to design and build their own personal racetrack, or commission a personalized Monopoly set incorporating one's own properties and assets. Need entertaining? - book a private performance by the New York Philharmonic Orchestra. Commission a beautiful portrait of your favorite pet or design your very own minaudiere.

From truffles to caviar or crafting your own Cognac, patrons can peruse and purchase a diverse and eclectic selection of luxurious products and curiosities – all on the Whispers platform, in the comfort of their own home.

Whispers provides Rolls-Royce clients access to transformative, inspiring and entertaining experiences. From backstage-access at the Grammys, front-row seats at Fashion Week, walking the red carpet at the Academy Awards, VIP previews of Art Basel, to meeting artists at Coachella, players at Wimbledon or athletes at the Olympics, Whispers unlocks a world of exclusive access.

Worldwide luxury travel experiences are offered. An expedition to Antarctica or an African Safari can be facilitated at the touch of a button. And, of course, Whispers members are invited to join Rolls-Royce at exclusive, hosted experiences, for example, an Art Weekend visiting the private collection of one of the world's most prestigious collectors, or a weekend at the sumptuous Villa D'Este Concours D'Elegance. Members may receive an invitation to an intimate dinner on the production line at the Home of Rolls-Royce in Goodwood, England, or even a private, curated tour of luxury goods manufacturers in the capitals of global luxury. Additionally, members of the Whispers community receive exclusive world-previews of new Rolls-Royce products and offerings before they become public knowledge.

The app isn't truly new. It launched in trial phases two years ago to a select group of global Rolls-Royce clients. After rounds of feedback, the app has been successfully deployed in the United Kingdom, Europe, the Middle East, and the United States. Membership is strictly limited to owners of new Rolls-Royce motor cars. 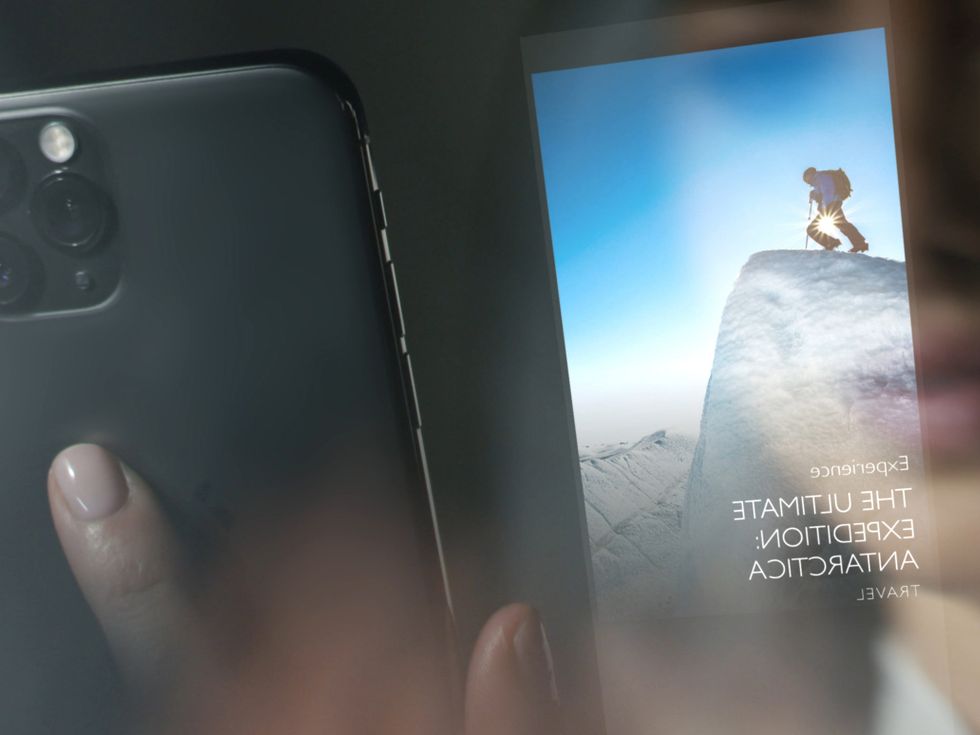 Rolls-Royce has plans to constantly adapt Whisper's offerings to align with client interests.

Users can download the app for the Apple device via the App Store.