When it's below 44 degrees, it's tires, not ice that's the biggest hazard on the road

Pirelli has launched an education campaign to help Americans understand that they need to switch over to winter tires.

Hello, winter. The seasons have changed and just like that freezing rain, ice, snow, road salt, and hidden potholes have become the norm. According to the AAA Foundation for Traffic Safety, winter storms, bad weather and sloppy road conditions are a factor in nearly half a million crashes and more than 2,000 road deaths every winter.

Pirelli is kicking off a new campaign, #Below44. The 44-day campaign aims to educated drives on why winter tires are critical for anyone who lives in an environment where the temperature regularly dips below 44 degrees.

Sure, there's always going to be people out there that boast about driving their rear-wheel drive boat of a sedan on all-season tires through "Nor'easter of '75" but that doesn't mean that you should tempt fate.

Why make the switch to winter tires?

"There are two reasons why we recommend consumers who live in colder climates switch over to true winter tires," said Ian Coke, Head of R&D, Pirelli North America. "The first is because tires are made of rubber compounds that respond to extreme temperatures and become stiffer as temperatures decrease. This stiffness can significantly reduce the traction levels of the tire tread – the part of the tire that makes direct contact with the road surface – and compromise the tire's overall performance and a driver's safety. As the temperature continues to drop the performance level of the tire will also continue to be impacted."

In Canada, where winter tires are mandatory, there has been a significant reduction in serious accidents that occur during the winter driving season, AAA reports. In Montreal alone, the rate dropped 46 percent.

Pirelli Winter Tires: The winter season is not so bad. Video by Pirelli

The Pirelli Pro Guide: Winter has launched and features answers to some questions you might have rattling around in your head about winter tires and driving. There are also tips and a consumer rebate offer.

Pirelli's simulator has helped with the company's sustainability efforts.

A new tire simulator will help Pirelli reduce the development time of its products by 30 percent. This is because it greatly reduces the number of physical prototypes that the company needs to produce during the development process.

The simulator lives in Milan, Italy at Pirelli's research and development division. According to the company, the simulator makes it possible for different development parameters to be remodeled rapidly, which leads to a faster exchange of information between Pirelli and the world's car manufacturers. 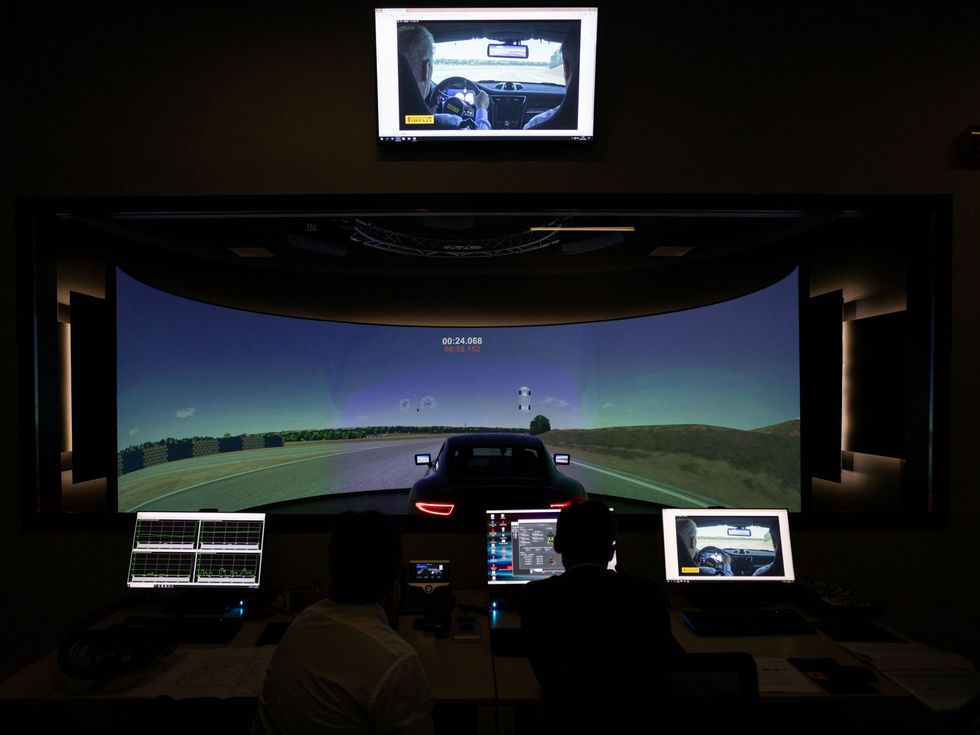 Behind the simulator sits a control room where researchers and engineers can employ a number factors to test the tires.Photo courtesy of Pirelli

When compared to traditional research and development techniques, the ability to virtually model any car in the system and apply a variety of environmental and roadway factors, and equipment to the model.

This type of advanced product simulation has been used for more than a decade during the design and development of Formula 1 and other motorsport tires. Automakers, including Honda, use simulators for other functions, including testing innovations in safety technology.

Pirelli describes the simulator as being "produced by VI-grade and consists of a 210-degree panoramic screen, 24.6 feet in diameter, which visually reproduces a wide range of different driving conditions, roads and circuits. At the heart of the system is a static car equipped with various active technologies to accurately reproduce the sensations that any driver would feel in a real car, including the seat, steering wheel, seat belts and different shaker systems, which precisely replicate the movements of the suspension and engine."

Behind protective glass in the control room are personnel that can program the simulator to reproduce a variety of different technical specifications for the tire or the car. The results of each test is then logged, measuif the interaction between the tire and the "road" as well as other parameters relevant to tire behavior.

The simulator is also able to add in subjective impressions that may be felt by a driver, encompassing nearly all the impactful applications of a tire.

The tires have been improved for better traction in wet conditions.

Tiremaker Pirelli is adding a new tire to its large catalogue of options for car owners. The fresh Cinturato P7 All Season Plus II tire was specifically designed for the North American touring market.

Pirelli's engineers also worked to improve wet handling and traction in ways that would not impact tread wear, winter conditions traction, noise, comfort, dry handling, and steering performance that was achieved in the last generation. 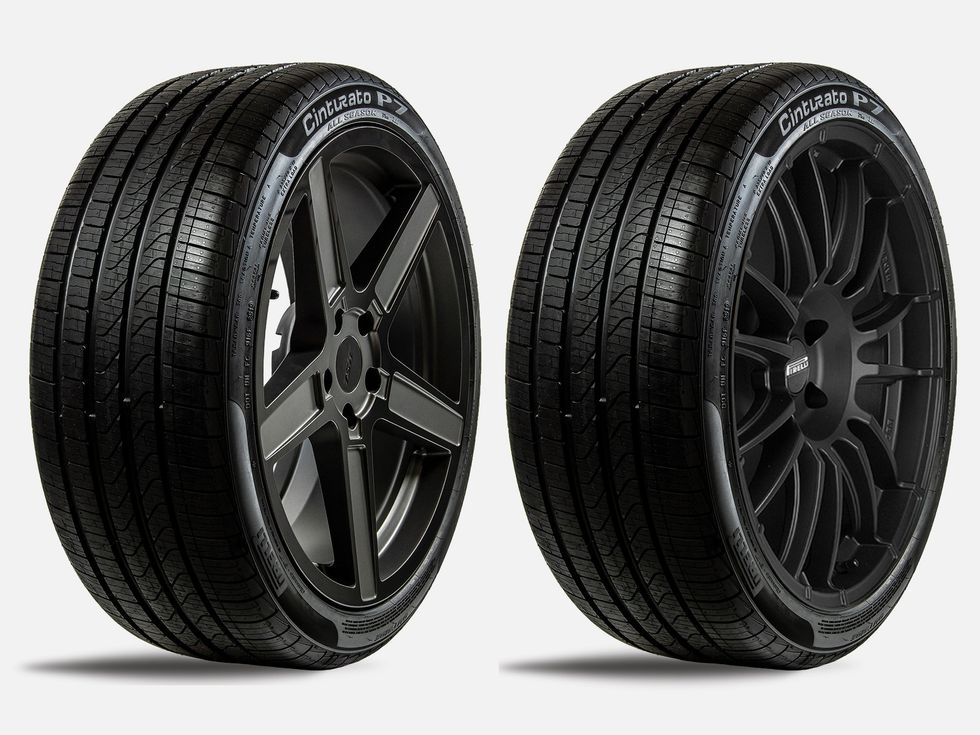 The new tire was engineered for buyers in North America.Photo courtesy of Pirelli

The new tires are part of Pirelli's new line of Plus products that have been better engineered to meet the requirements of North America's drivers. The Cinturato P7 All Season Plus II has a new tread compound and optimized footprint that improves the tire's performance on wet surfaces. Specifically, the tread has helped improve the stopping distance of the tire on wet ground.

Here's where they focused their efforts:

The tire maker is covering each Cinturato P7 All Season Plus II shoe with a 70,000-mile limited tread wear warranty.

Pirelli's new tire is available in 30 sizes now ad a full 50-size range will be available in the coming months.