The Nissan Frontier Desert Runner is one of four custom vehicles the automaker is showing off at SEMA.

With the prevalence of the Altima, Sentra, Versa, and Murano in the marketplace, it might take a second thought to see the Nissan community as a powerful presence in the aftermarket modifications world. Nissan's SEMA builds were created to put performance front and center in a way that involves none of the automaker's usual fuel economy talking points.

Here are the Nissan builds that can be found at the annual convention. 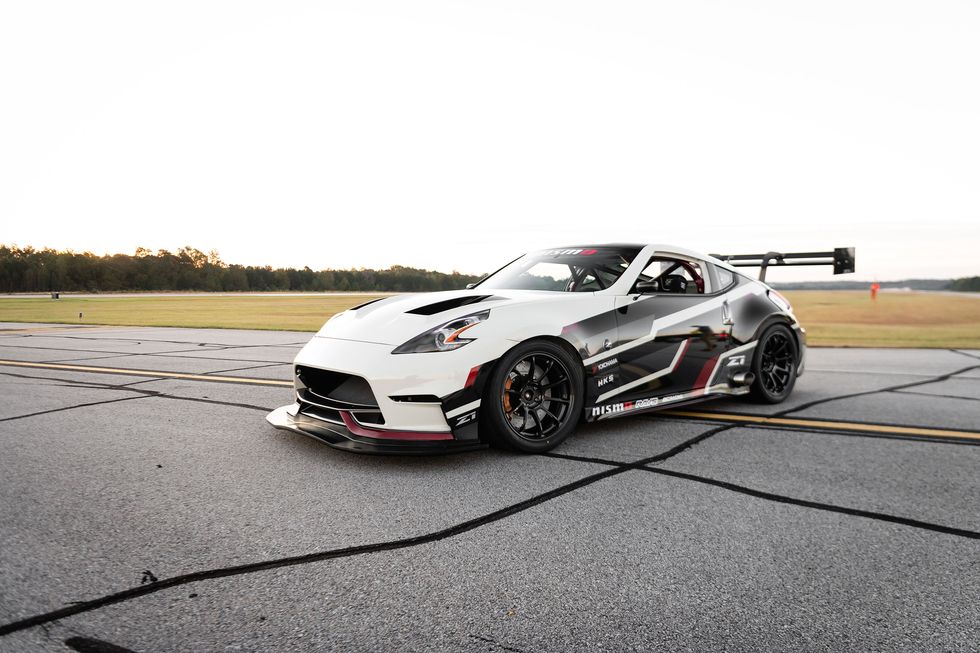 Z1 Motorsports of Carrollton, Georgia built this 750-horsepower 370Z in conjunction with the Nissan Motorsports team.

Every aspect of the vehicle is designed to be functional and durable, as well as low weight. The team stripped and acid-dripped the 370Z unibody to start then added a full roll cage. The exterior got a custom carbon fiber aerodynamic package that includes a 3D front splitter, rear diffuser, and sideboards.

Its stock 3.7-liter V6 engine was prepped for competition adding Garrett GTX 3076 turbochargers, a new fuel management and electronics system, and a Z1 Motorsports race exhaust system. The engine is paired with a six-speed sequential transmission with a Tilton custom clutch and NISMO GT-R Pro 1.5 way differential to help direct power to the wheels.

The car's suspension and steering where completely custom-built for the competition using NISMO components. Then a custom Brembo brake system, NISMO radiatior, and oil, transmission, and differential cooling systems were added.

This car will compete in the 2020 Time Attack racing season after its time on the SEMA show floor. 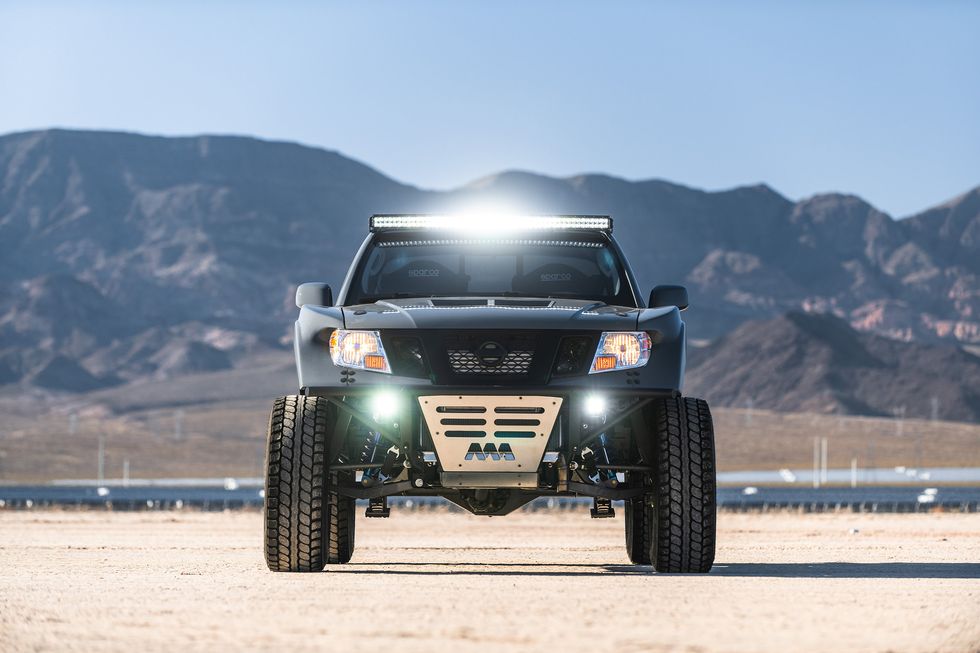 This Frontier Desert Runner took a turn at the edge of the dunes and never looked back. This model was crafted by the team at MA Motorsports in Glen Arm, Maryland working in conjunction with the Nissan Motorsports team. It is a Frontier in name only, with a body, powertrain, and equipment designed specifically for off road racing.

The truck's original 4.0-liter V6 engine has been replaced with a 5.6-liter V8 from a Nissan Titan. It isn't your standard Titan engine, however. This one has gotten a race-spec rebuild that added a Garrett GTX3584RS turbocharger, custom intercooler, Jim Wolf Technology camshafts, pistons and valves, and MA Motorsports custom turbo header and exhaust system. It now achieves over 600 horsepower and 700 pound-feet of torque. The engine is paired with a six-speed manual transmission with Jim Wolf Technology clutch and lightweight flywheel.

On its body, the truck wears Fiberworx Pre Running fenders and fabricated new front and rear bumpers along with a custom spare tire carrier. There is off road lighting by Ridgid Industries and a Speed Designs body wrap. 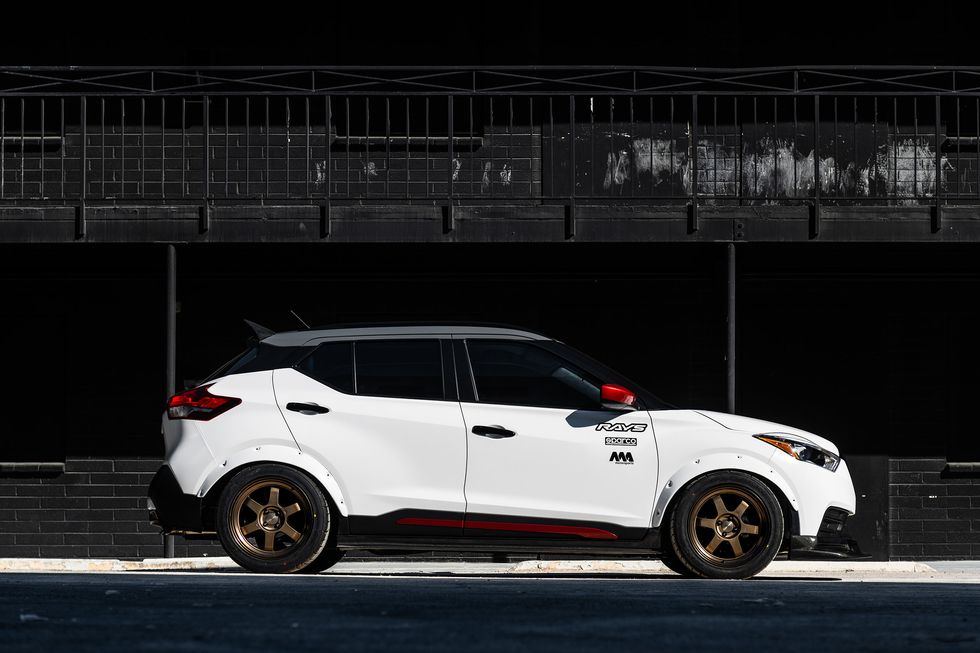 Nissan has kicked the Kicks up a notch with this build, giving the model life with Kicks Color Studio touches and custom features by 360 Composites including an oversize front air dam, rear roof spoiler and side skirts.

The powertrain in the Kicks found on dealer lots isn't known for its peppiness so MA Motorsports worked to give the Kicks some zest adding a custom turbocharger kit to the 1.6-liter four-cylinder power plant. It has a custom fabricated NISMO exhaust. 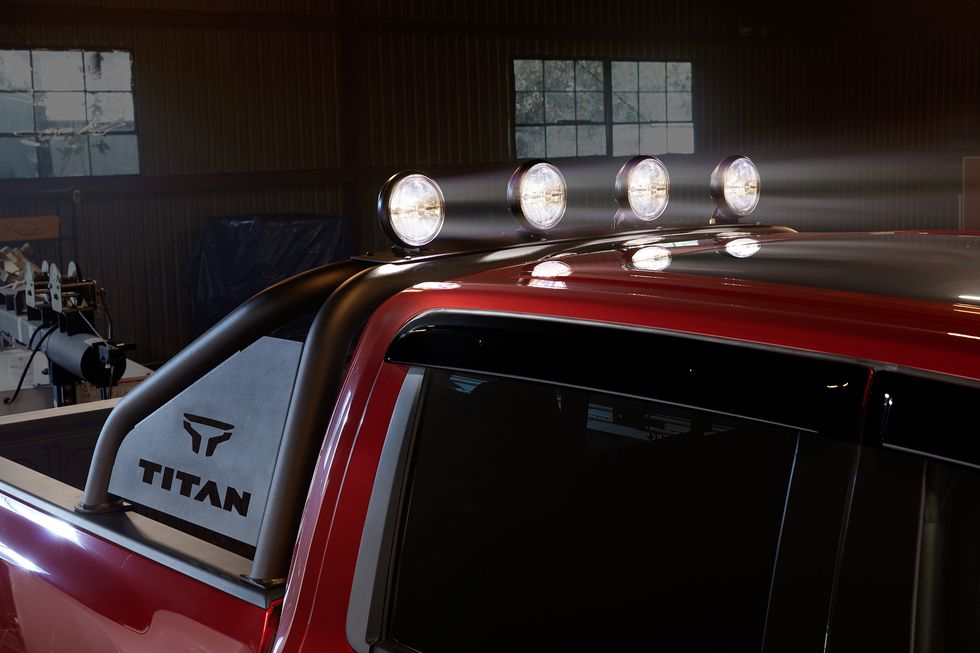 Performance isn't always about power. The 2020 Nissan Titan is being shown off at SEMA following its debut at the State Fair of Texas in September. The version on the show floor is much different than the version at the premier, though with a wide range of Genuine Nissan Accessories, including:

All the parts were custom fit to the vehicle and are available to be ordered when the truck arrives on dealer lots later this year.

General Motors has announced an all-electric future for its Detroit-Hamtramck plant.

Earlier this month, speculation began mounting that General Motors is reviving the Hummer brand. Reports indicate that basketball superstar LeBron James will star in a new advertisement for GMC during the Super Bowl which will feature a new electric GMC pickup that bears the Hummer name.

Whatever it's called, the new GM electric pickup will begin to be produced at the company's Detroit-Hamtramck plant, along with the Cruise Origin. GM is pouring $2.2 billion into the facility to ready it for the production. The plant's paint and body shops, and general assembly area will receive comprehensive upgrades, including new machines, conveyors, controls and tooling. 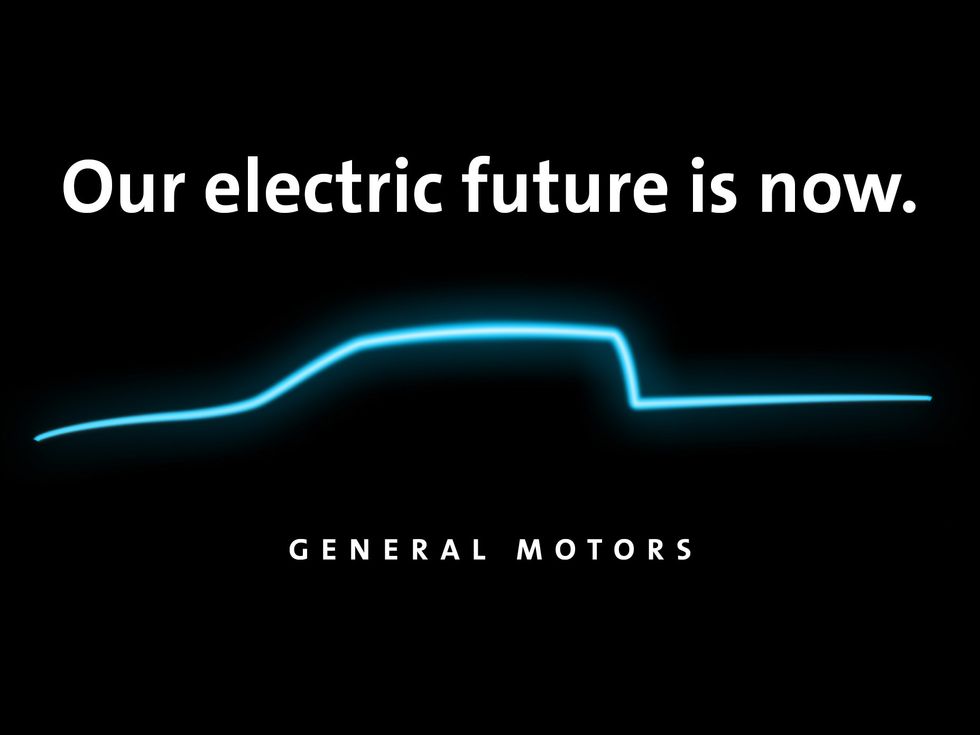 With its promotional image for the announcement regarding the new plant, GM is showing off a shiloutette of the new pickup, giving credence to statements by those who said that it wouldn't stray too far from the Silverado and Sierra mold despite possibly having the Hummer name.Photo courtesy of General Motors

"Through this investment, GM is taking a big step forward in making our vision of an all-electric future a reality," said Mark Reuss, GM president, during a press event at the plant with Michigan Gov. Gretchen Whitmer and other local and state officials. "Our electric pickup will be the first of multiple electric truck variants we will build at Detroit-Hamtramck over the next few years."

GM will also invest an additional $800 million in supplier tooling and other projects related to the launch of the new electric trucks.

In addition to the investment in dollars, the company will be investing in new workforce personnel, creating more than 2,200 jobs at the plant.

According to a release, Detroit-Hamtramck currently operates on one shift of production and builds the Cadillac CT6 and the Chevrolet Impala. Approximately 900 people are employed at the plant. As previously confirmed, the plant will be idled for several months beginning at the end of February as the renovations begin.

Dolly Parton kicked off a new internet craze late last week and now some automakers are sharing their version of the popular #DollyPartonChallenge meme.

This week the Dolly Parton Challenge swept social media after the legendary blond-haired, big attitude performer herself posted about the image conveyed on different social media platforms. Eventually automakers got in on the action giving their followers something else besides sunset, trail, and snow photos to double tap.

These are the best automaker #DollyPartonChallenge posts.

View this post on Instagram
Get you a #VW that can do it all. #CanDoItAllChallenge #AtlasCrossSport
A post shared by Volkswagen USA (@vw) on Jan 24, 2020 at 2:52pm PST

View this post on Instagram
Get you a brand that can do it all 😉. Thank you @dollyparton for the inspo! #DollyPartonChallenge
A post shared by Subaru of America (@subaru_usa) on Jan 24, 2020 at 9:22am PST

View this post on Instagram
Get you a luxury that can do it all. #INFINITI #DollyPartonChallenge
A post shared by INFINITI USA (@infinitiusa) on Jan 24, 2020 at 3:45pm PST

Ok #DollyPartonChallenge we're next. Get you a Nissan that can take on every drive. pic.twitter.com/Rgw2i5mUU5
— Nissan (@NissanUSA) January 25, 2020