Lexus and Blackberrry Mountain team up for new off-road adventure

Lexus GX SUVs take to the trails at Blackberry Mountain, a luxury resort in the Great Smokey Mountains.

Blackberry Mountain in Walland, Tennessee is the newest home of the Lexus Off-Road Adventure. The 5,200-acre Relais & Châteaux-designated resort will now offer the 90-minute program to guests.

Located in the Great Smoky Mountains of East Tennessee, the Lexus Off-Road Adventure at Blackberry Mountain puts guests behind the wheel of a Lexus GX on a course designed to hone their off-roading skills. Participants are offered instruction on six off-road challenges: Rock Crawl, Side Tilt, Hill Climb and Descent, Balance Beams, Log Crawl and Axle Twist.

In addition to the obstacles, the scenery of the resort envelops drivers as they're shown landmarks and waypoints of the mountains and Tennessee Valley.

"Lexus and Blackberry Mountain are a terrific fit as we're both passionate about delivering amazing experiences for our guests," said Lisa Materazzo, vice president of Lexus marketing. "Our GX 460 has off-road capabilities that few luxury SUVs can match, and there's no better way to experience them than a drive on this rugged and scenic trail."

Blackbery Mountain joins sister resort Blackberry Farm in offering the program, which also includes a complimentary two-hour test-drive of Lexus vehicles for all guests of the resort.

To find out more about the program and to reserve your stay to take part in the Lexus Off-Road Adventure, contact Blackberry Mountain directly.

There are some SUVs that are great for carrying a large amount of cargo. Others that you can practically fit your entire extended family into. Some are great for easing down the road in style. The trucks and SUVs that made this list are proficient off-roaders that are also great for families.

To find the best ones, AutomotiveMap's writers have spent thousands of hours behind the wheel, in what some (those of us that like to get vehicles muddy and don't mind jostling around) may call "ideal circumstances". Here are our picks. 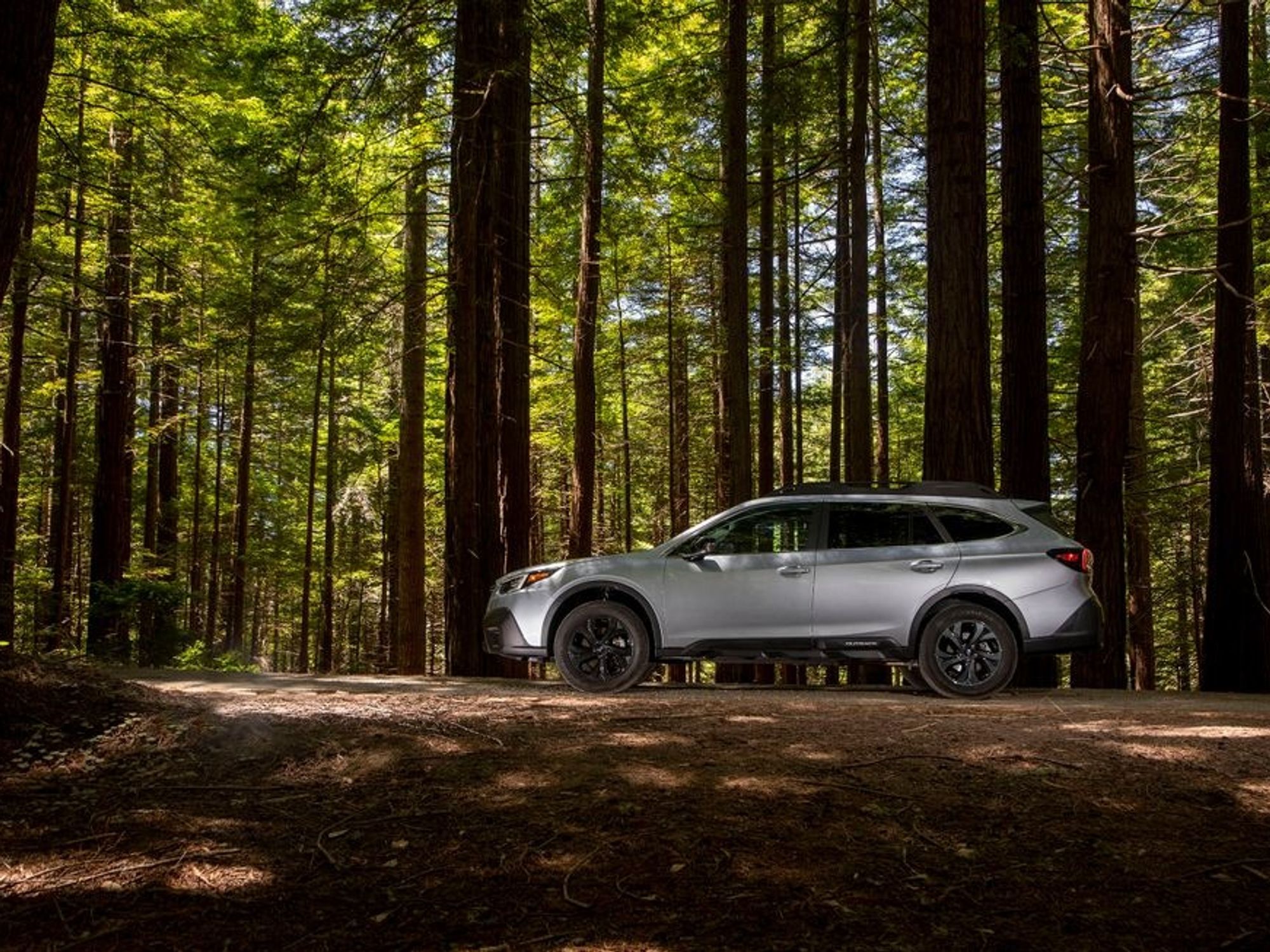 Jesus Garcia: The redesigned 2020 Subaru Outback is an all-wheel drive wagon that can do everything an off-road crossover can without looking like one. It serves as a great off-road adventure vehicle and alternative to anyone looking to avoid buying CUV. 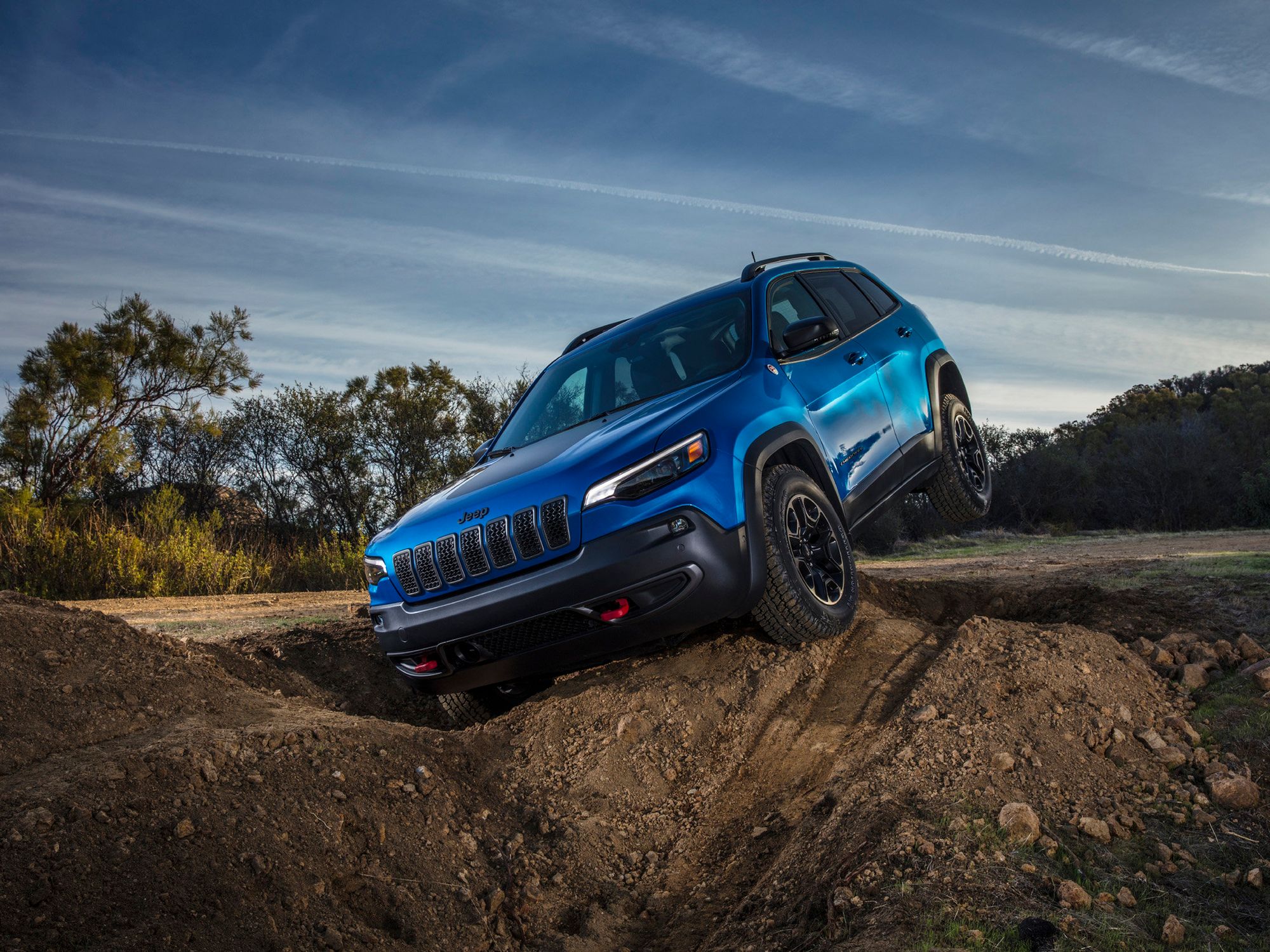 Nicole Wakelin: The 2020 Jeep Cherokee Trailhawk is comfortable with room for the family and their stuff during the week and the capability to have fun on the weekends. 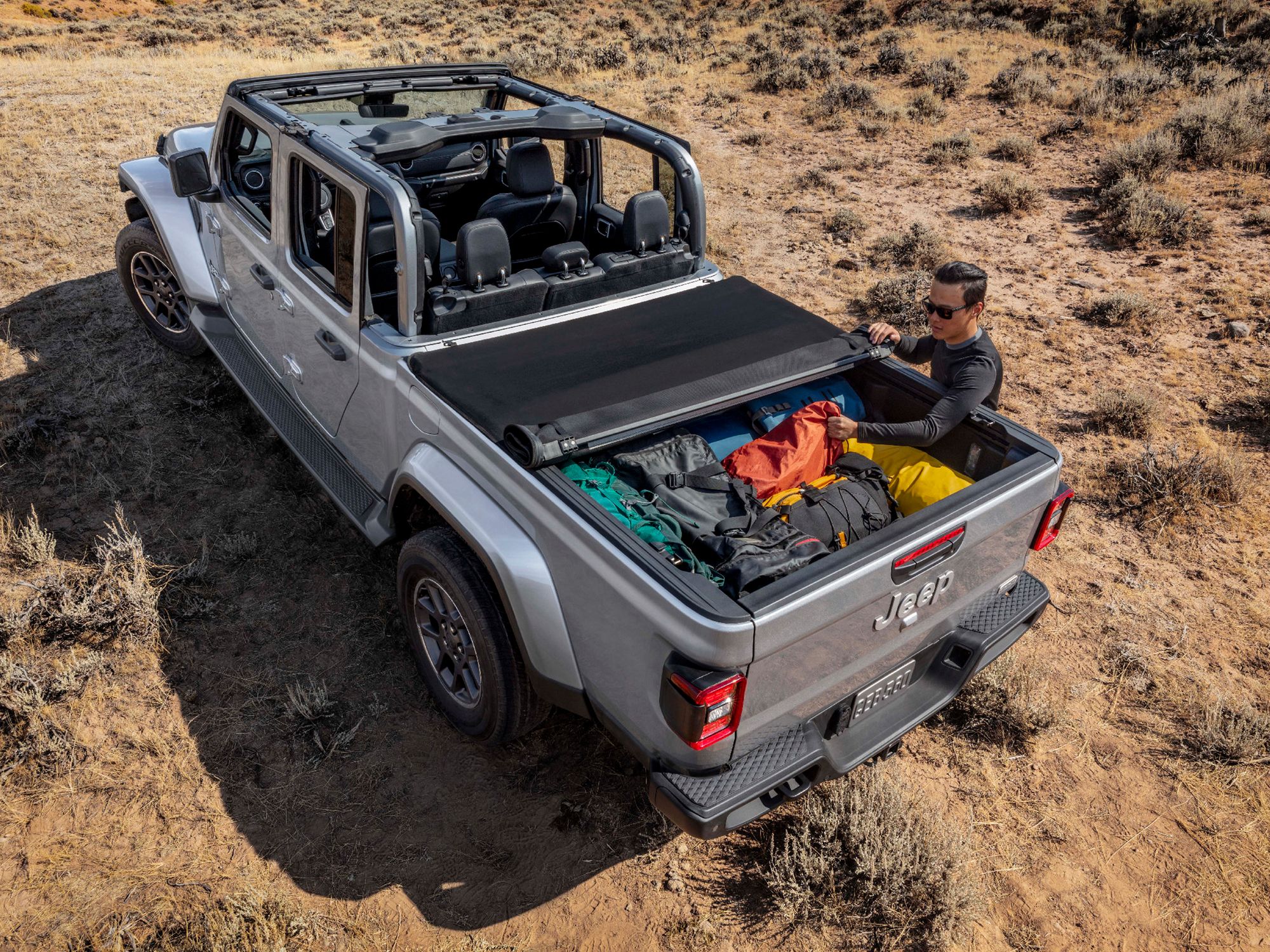 Harvey Briggs: Room for five, legendary jeep capability, and I can bring my dirt bikes with me? Sounds like my kind of family off-road adventure. The 2020 Jeep Gladiator is an easy choice for off-roading families. 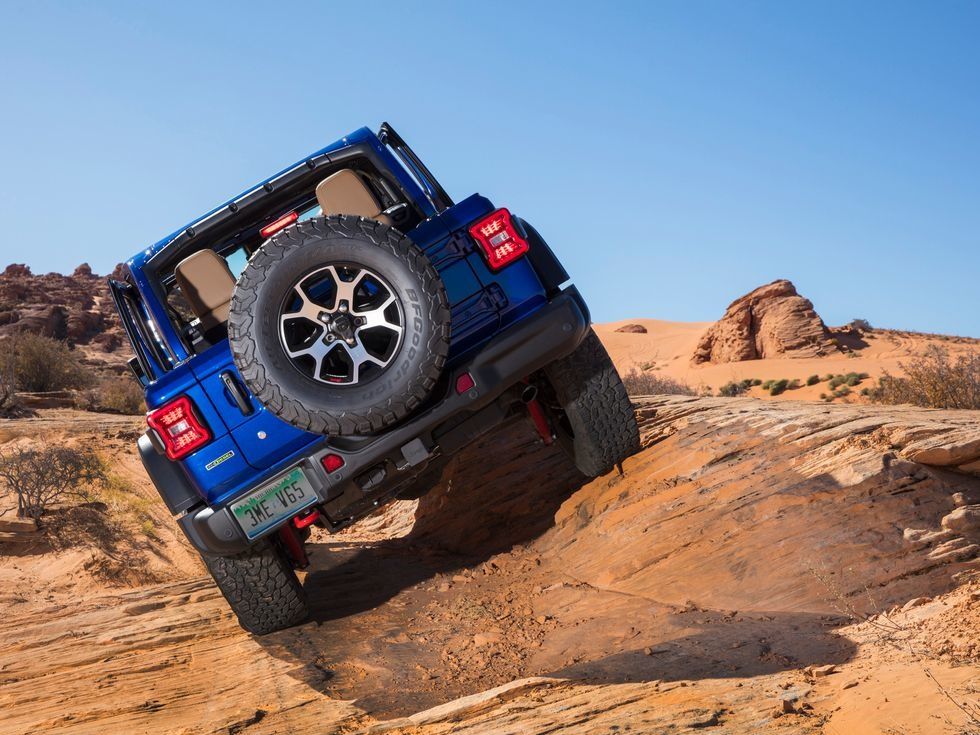 Sue Mead: The 2020 Jeep Wrangler is a true off-road chops with iconic styling and 4WD hardware. It's also a modern-day road ride. The Rubicon model is available for extreme adventurers, but other trim levels can handle some pretty extreme off-roading. The new 3.0-liter EcoDiesel engine has better fuel economy than the previous edition and potent torque.

Perry Stern, AutoNXT: The Wrangler is unmatched for off-road prowess, and the Unlimited offers room for the whole family with added thrill of removing the roof and doors. 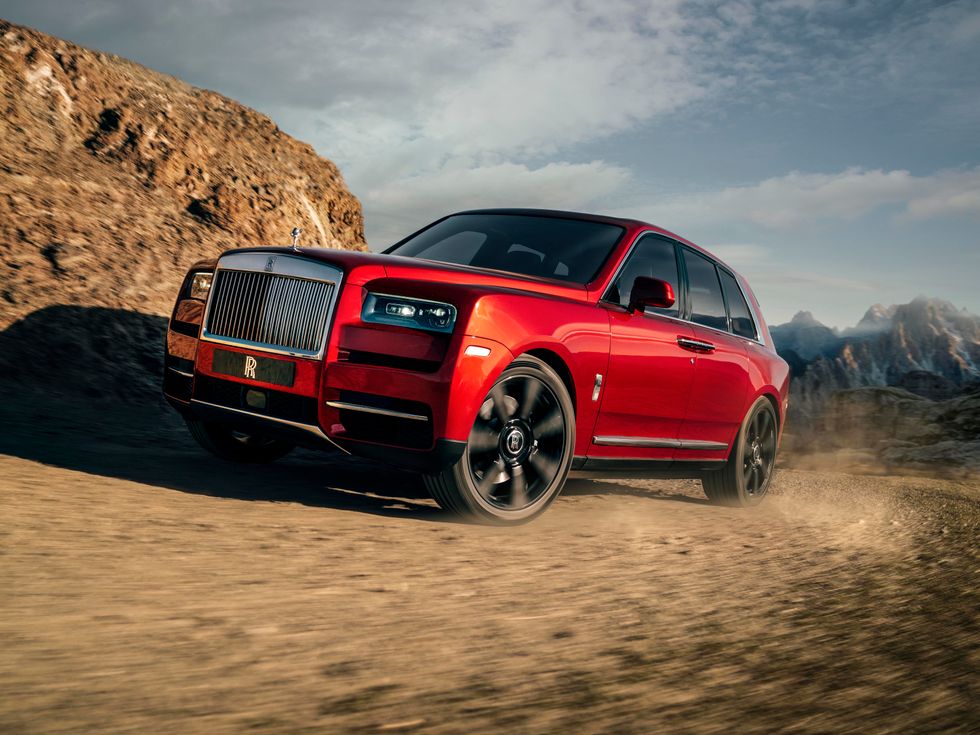 Eileen Falkenberg-Hull: Families deserve to go off-roading in style and the Cullinan is up to the task. I drove a version of the half-million dollar car up the face of Snow King Mountain and on the bumpy dirt roads of Grand Teton National Park during a full day of testing and was suitably impressed. Plus, it's the only Rolls-Royce model that seats five.

2020 Toyota RAV4 fills in the gaps, remains a formidable choice for families

It's not uncommon for automakers to introduce a new generation of a vehicle one year and then make zero changes to it the next. That's basically where we are the 2020 Toyota RAV4, not that there's anything wrong with that.

The 2019 RAV4 was a well-executed package when it debuted. The generational difference between the current RAV4 and the previous is transformational for the RAV4 customer. The RAV4 was improved in almost every way.

There were two main areas that the RAV4 appeared to be a miss - tech and blacked out fascia elements. Toyota has remedied that in the 2020 RAV4. Now, the RAV4 comes standard with Android Auto and a Wi-Fi hot spot. Apple CarPlay and Amazon Alexa integration were already standard. The RAV4 LE and XLE trims get standard satellite radio. 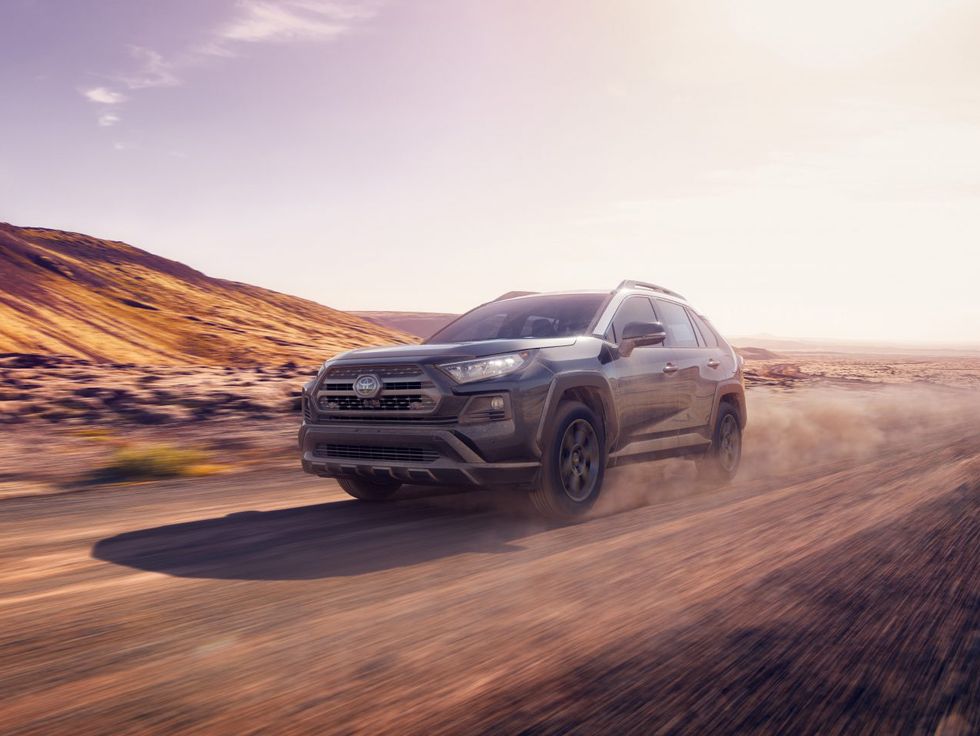 The RAV4 TRD Off-Road builds off the RAV4 Adventure grade. It has 8.6 inches of ground clearance and a suspension, wheels, and tires that have been engineered for rugged trail driving (read: not true off-roading). The equipment on the vehicle was inspired by Ryan Millen's Rally RAV4.

There are re-valved twin-tube shocks with internal rebound springs. These help absorb the jostle of the trail and pass on a smooth-is ride to passengers.

The model comes standard with dynamic torque-vectoring all-wheel drive with driveline disconnect. This technology helps the RAV4 put the right amount of power to the right wheel depending on the terrain so that the SUV does not get stuck. However, the technology doesn't guarantee that the RAV4 TRD Off-Road won't get stuck.

There are several drive modes owners can choose including Mud & Sand for beach driving, Rock & Dirt for trails, and Snow for wintery conditions.

Toyota has equipped the model with standard hill start assist, trail sway control, downhill assist control, and a driver's information screen that shows off the torque allocation by wheel as well as slip control data.

The SUV is available in an exclusive two-tone Magnetic Gray Metallic with Ice Edge Roof color combination but other color combinations are available. At the front and rear there are dark gray fascias. LED fog lights are standard.

In its cabin, the model features red stitching and trim accents. Black SofTex covers the seats and the headrests have the TRD logo stitched in them.