Honda kicked off production of the Dream D-Type motorcycle in 1949, marking the brand's first foray into commercial motorcycle production. Seventy years later, the company has made its 400 millionth.

"For 70 years, Honda has provided to customers worldwide motorcycles that make life easier and enjoyable," said Takahiro Hachigo, Chief Executive Officer, Honda Motor Co., Ltd. "As a result, we have achieved our 400 million-unit milestone. I am grateful to all of our customers, and everyone involved in development, manufacturing, sales and service of our products. We will continue to do our best to provide attractive products that meet the needs and dreams of our customers worldwide." 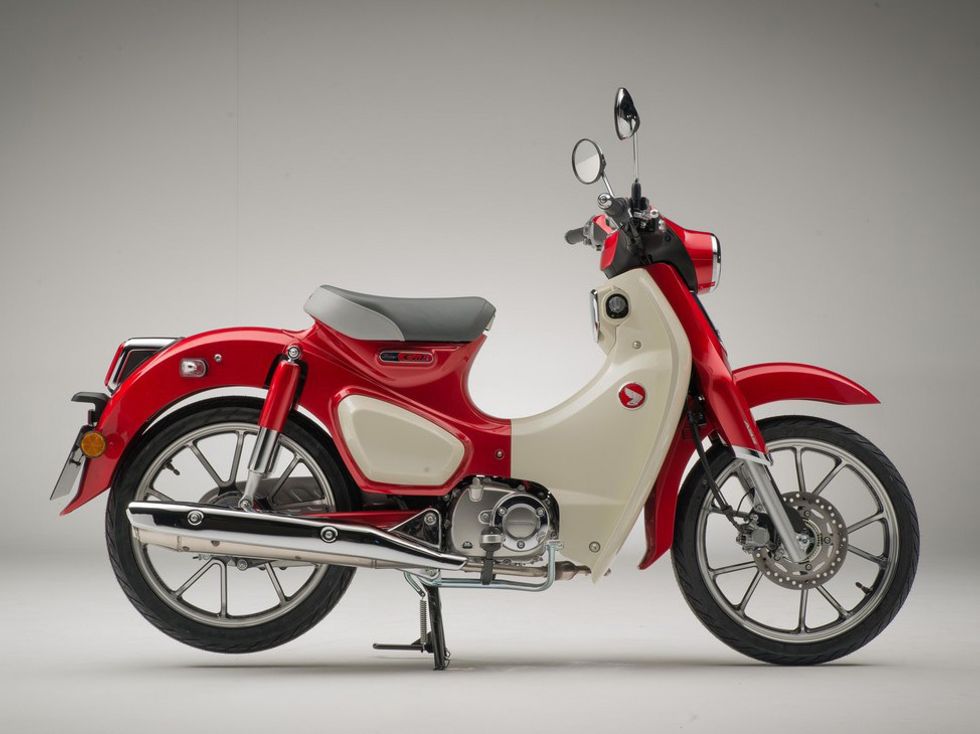 The Honda Super Cub is the most important motorcycle in Honda's history, selling more than 100 million nationwide since its debut.Photo courtesy of American Honda Motor Co., Inc

Sometimes known as the Type D or Model D, the Dream D-Type was the first in a series of Dream motorcycles that Honda made in its early years. The bike featured an air-cooled two-stroke single-cylinder engine with 98 cc displacement and three horsepower.

Honda unveiled the D-Type's successor, the E-Type, in 1951 and began exporting motorcycles from Japan in 1952. That same decade, in 1958, Honda released its first Super Cub, the Super Cub C100.

The Super Cub is Honda's most successful motorcycle. Its numerous variants accounted for over 60 million total sales by 2008, 87 million by 2014, and 100 million by 2017. It is now the most produced motor vehicle in history.

Honda first entered the motorcycle Grand Prix racing stage in 1959. This decade also the beginning of the production of purpose-built Honda motorcycles for racing that carried the "RC" label. Honda Racing Corporation would eventually form in 1982 and carry on the naming tradition. 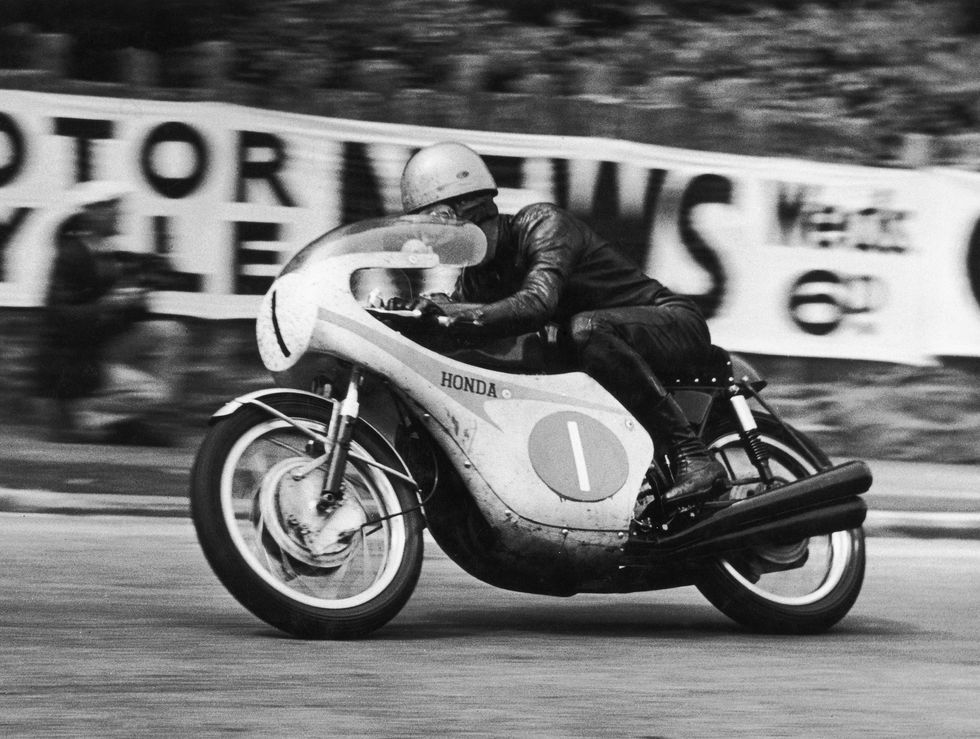 As a way to show the difference between the negative stereotypes that were pervasive in U.S. culture surrounding motorcyclists, Grey Advertising created the slogan "You meet the nicest people on a Honda." The campaign was a resounding success and is still considered a case study in good advertising strategy.

With demand on the rise, Honda expanded production opening a facility in Belgium in 1963 and one in Thailand in 1967. By 1968, the company reached 10 million cumulative motorcycles produced.

Expansion continued with production expanding to Indonesia in 1971 and Italy and Brazil in 1976. It wasn't until 1979 that Honda began producing motorcycles in North America. 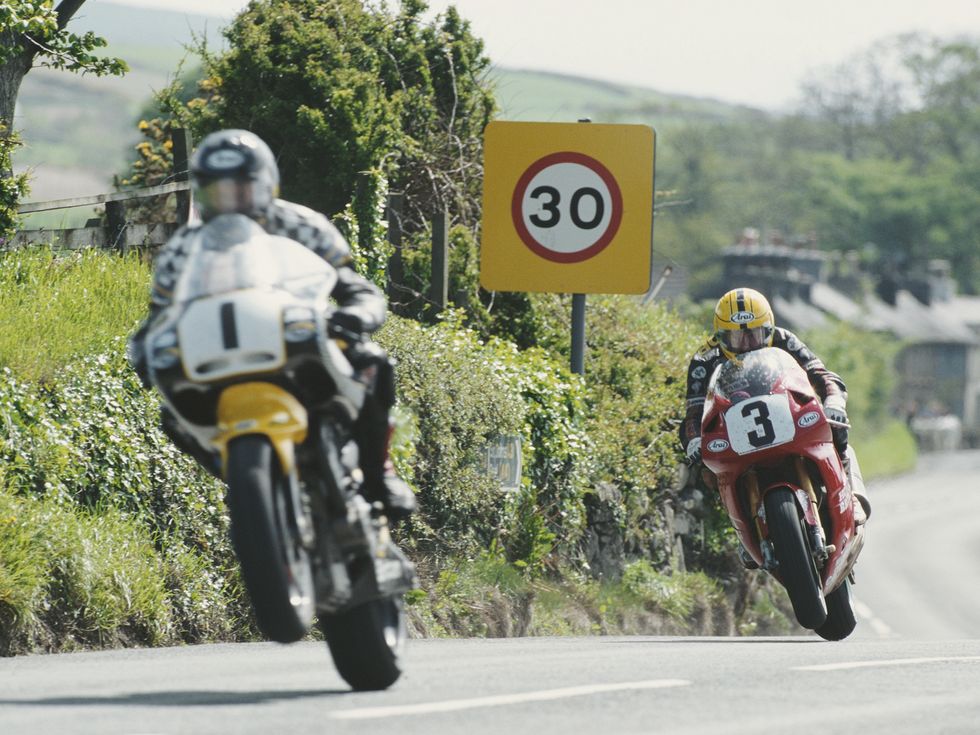 Joey Dunlop of Great Britain and rider of the #3 Honda Britain Honda RC45 chases Shaun Harris on the #1 Britten V1000 during the International Isle of Man Formula One TT (Tourist Trophy) Race on 5 June 1996, Douglas on the Isle of Man, United Kingdom. Photo by Getty Images

Honda continued to have success in the world market though there are mixed opinions regarding the company's lack of competition in the higher-powered motorcycle market in the U.S. Some theorized that it was poor planning on behalf of Honda while others say that it was never Honda's intent to compete.

Honda of America began producing motorcycle engines in Ohio in 1985.

In 1987, as Honda reached the 50 million mark in total motorcycle production in Japan, the company also celebrated the beginning of motorcycle and auto part production at Honda de Mexico. This is the same year that Honda first included an air bag in a car, the Acura Legend.

1992 marked the year that Honda first produced the Honda NR, the first motorcycle that was sold with oval pistons. The shape of the pistons allowed for eight valves per cylinder, generating more power than other setups. 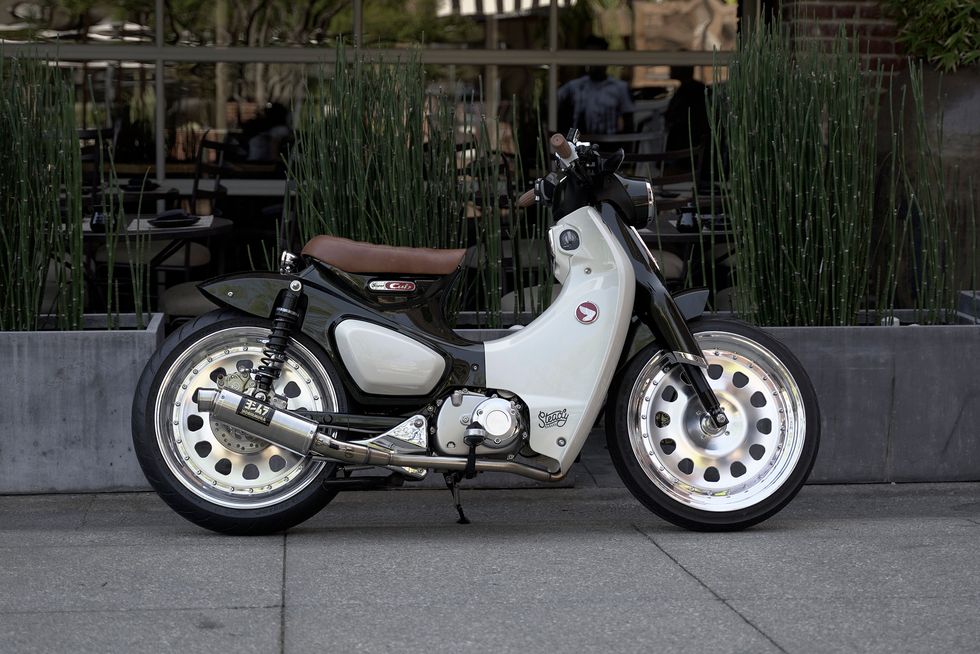 Motorcyclist magazine named the Honda Interceptor its "Motorcycle of the Year" in 1998. The Interceptor was a notable model because it brought much of the technology of a Honda motorcycle only previously seen on the race track to the street.

Additional production capacity for motorcycles was added with plants in China and Vietnam in the 90s and India in 2001. Bangladesh's Honda factory opened in 2013.

In 2017 India became Honda's largest motorcycle market and the next year the company exceeded 20 million annual motorcycle units produced for the first time.

Honda currently produces a wide range of motorcycles, from 50cc commuters to 1,800cc models, at 35 facilities in 21 countries.

The Honda Civic Type-R has gotten some enhancements for the 2020 model year.

Honda's most race-ready version of the Civic is getting a makeover for the 2020 model year designed to help improve its driving dynamics and keep up with the market's technology trends.

Changes start at the front where the model has gotten a larger grille opening and improved engine cooling. The 2020 Type-R will be available in an exclusive Boost Blue paint color. 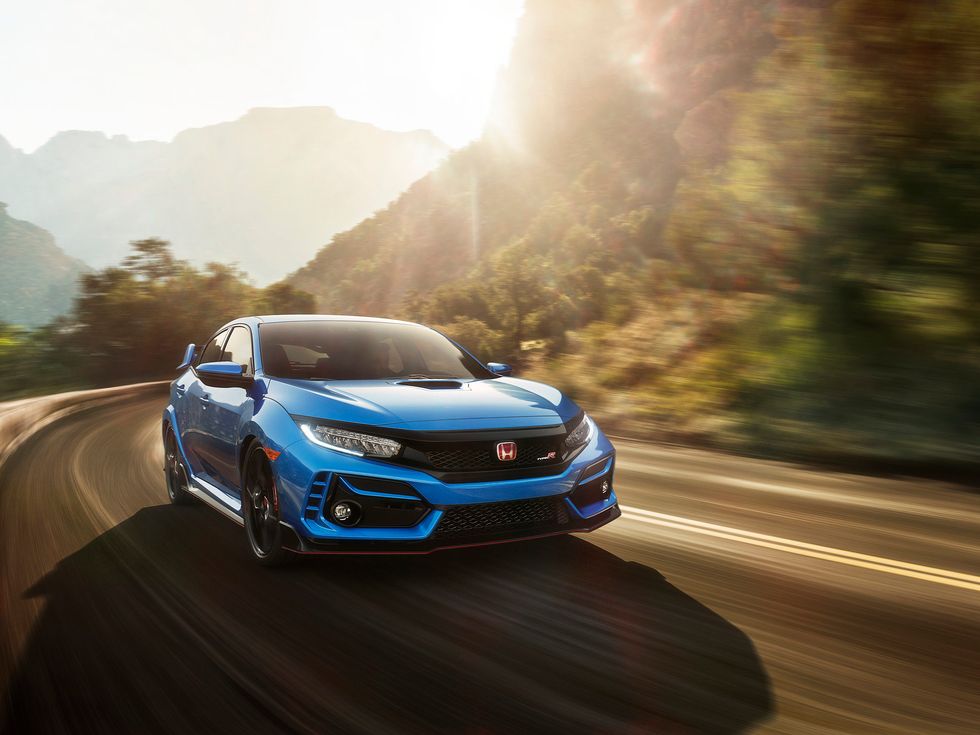 The Boost Blue paint job on this Civic Type-R is new for the 2020 model year. Photo courtesy of American Honda Motor Co., Inc

The car has new two-piece brake rotors and brake pads designed to allow for more efficient braking. The dampers have been updated for better ride comfort and stiffer rear bearings allow for better grip. The front suspension has been modified to reduce friction resulting in better steering feel.

In the cabin is a new Alcatara-wrapped steering wheel. The Type-R's shifter and knob have been restyled resulting in shorter throws.

Honda has added the Honda Sensing suite of safety and driver assistance technology to the Type-R, as it has with all Civic models and trim levels. 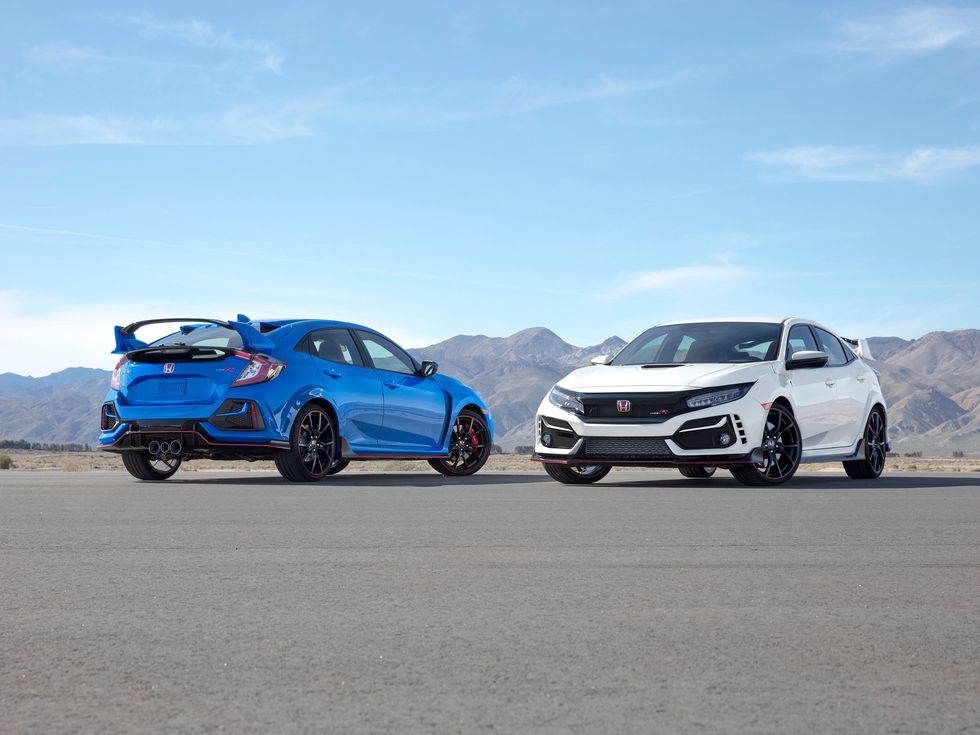 Additional information about the U.S.-spec 2020 Honda Civic Type R will be available closer to its on-sale date later this year.