If Honda is the most fuel-efficient brand, then what is the least efficient? The answer might surprise you.

A new report by the U.S. Environmental Protection Agency (EPA) has named Honda as the most fuel-efficient automaker in America. The company has the highest fleet average fuel economy and lowest CO2 emissions of any major full-line automaker for the 2018 model year (MY2018), the latest year for which full data is available, according to the report.

The 2019 EPA Automotive Trends Report ranked Honda first among full-line automakers and second overall with a U.S. fleet average "real world" fuel economy of 30.0 miles per gallon (mpg), a five-year improvement of 2.8 mpg, and 4.9 mpg above the industry average for MY2018. Similarly, Honda's fleet average CO2 emissions dropped to 296 grams/mile, an improvement of 31 grams/mile from 2013 results and 57 grams/mile better than (below) the industry average for the 2018 model year.

The Big Three - General Motors, Ford, and FCA - took up the bottom three slots on the report. 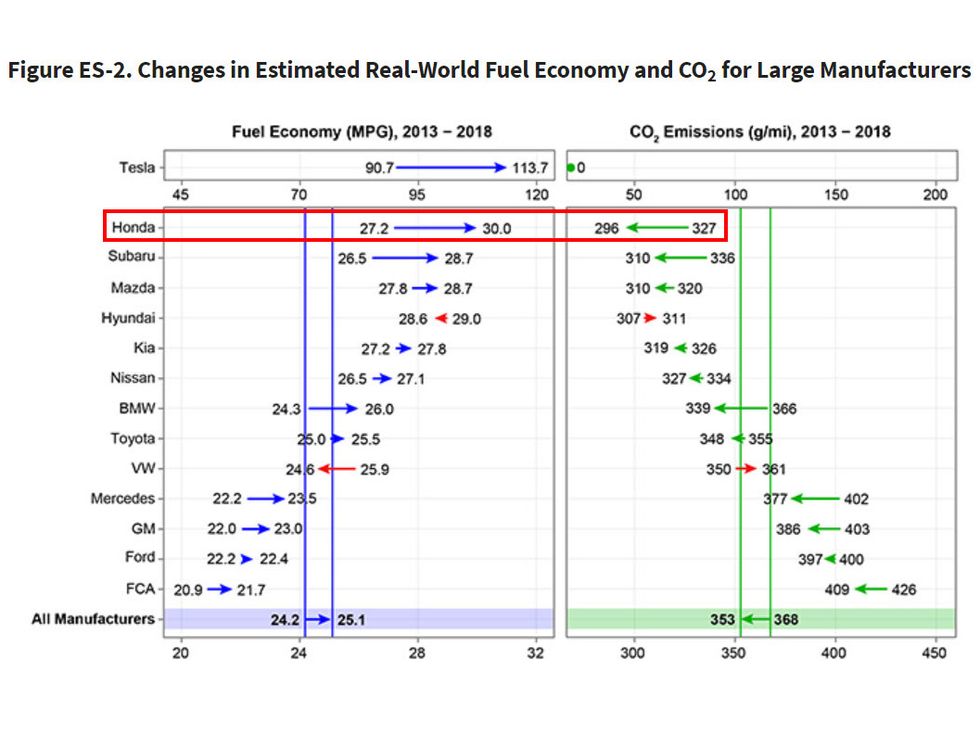 Honda beat out Subaru, Mazda, and Hyundai to be named the most fuel-efficient automaker.Photo courtesy of American Honda Motor Co., Inc

In 2019, Honda set a new all-time record for sales of electrified vehicles in America, including the Clarity series, Accord Hybrid and the Insight. The company has added the CR-V Hybrid to its lineup for the 2020 model year and there are indications that more electrified powertrains are coming not too far down the road. Honda has previously announced the intention to have two-thirds of its automobile sales to be electrified by 2030.

Other automakers are electrifying their lineups and making already existing hybrid models more fuel-efficient. Subaru recently introduced the Crosstrek Hybrid, a plug-in electric hybrid vehicle (PHEV) based on the engineering in the Toyota Prius Prime. Toyota has recommitted to electrification in the U.S. but debuting new, more efficient RAV4 and Highlander Hybrid models in the past 18 months. A RAV4 plug-in model, called the RAV4 Prime, is coming for the 2021 model year.

Click here to see the most fuel-efficient SUVs sold in the U.S. 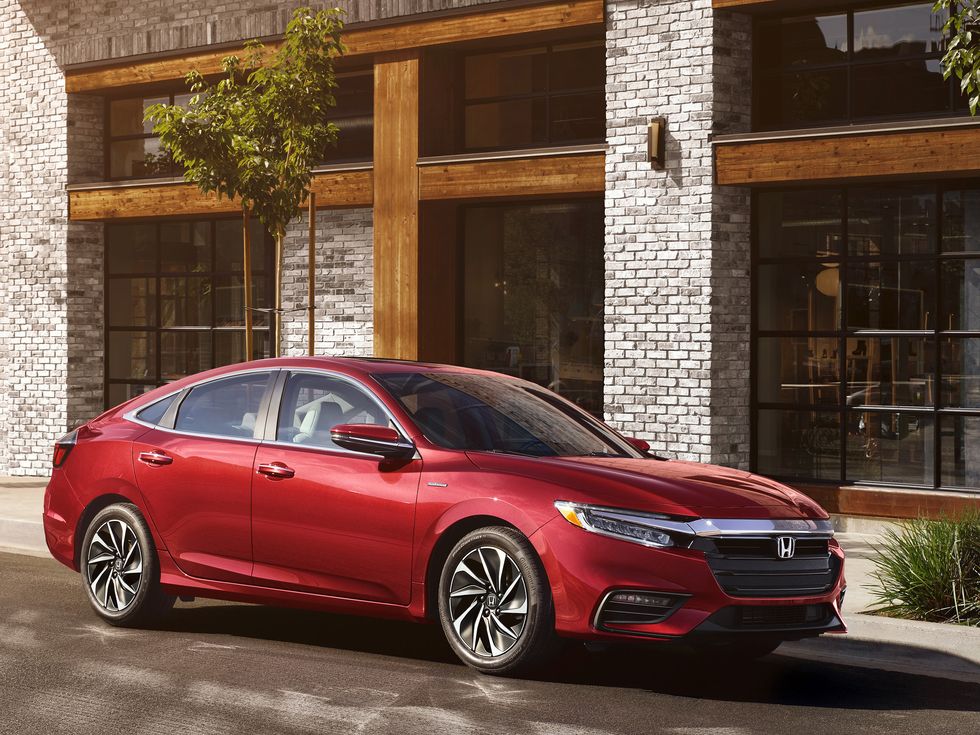