Here's how to be one of the first to drive the new Land Rover Defender in the U.S.

The Land Rover Defender has debuted and it's getting ready to go on sale in the U.S.

The idea behind that blend is the anthesis of the 4xFAR live music festival event. 4xFAR combines lifestyle, culinary, adventure, and music experiences on January 18-19, 2020 at the Empire Grand Oasis in the Coachella Valley.

"The new Land Rover Defender is an iconic vehicle reimaged for the modern era. We've created the 4xFAR Festival to introduce the Defender back to the U.S. in a fresh and exciting way by bringing together a unique experience combining adventure, culinary arts, and music in an unforgettable weekend," said Kim McCullough, Vice President of Marketing, Jaguar Land Rover North America. 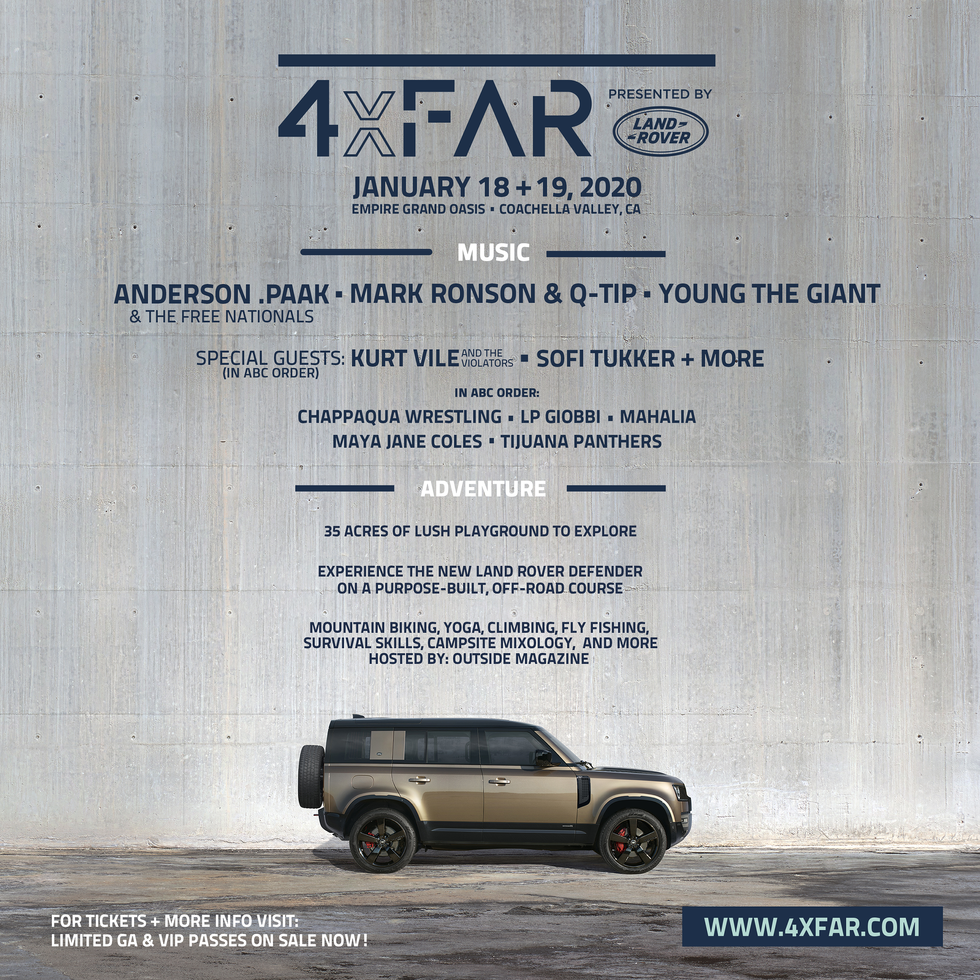 Land Rover will host the 4xFAR festival, where event goers will be the first in the country to drive the new 2020 Land Rover Defender.Photo courtesy of Land Rover

The festival was created in honor of the arrival of the 2020 Land Rover Defender on U.S. shores. Alongside the traditional lifestyle elements, event goers will be able to test out the Defender on a purpose-built off-road course, alongside the full range of current Land Rover vehicles. There will also be displays of Land Rover heritage vehicles and parking corrals for Land Rover Club members.

An adventure area will include workshops in slacklining, rock climbing, yoga & mobility, mountain biking, campsite mixology, navigation & wilderness safety, along with other demos and activities throughout the weekend.

Celebrity brand ambassadors including professional volleyball player Gabby Reece and big-wave surfer Laird Hamilton, the United States Equestrian Federation and the United States Ski and Snowboard teams will be at the event.

There will also be activations from art and design companies, interactive photo moments, VIP amenities, and exclusive branded and curated goods and apparel.

Tickets for the event start at $185 and can be purchased at www.4xfar.com. 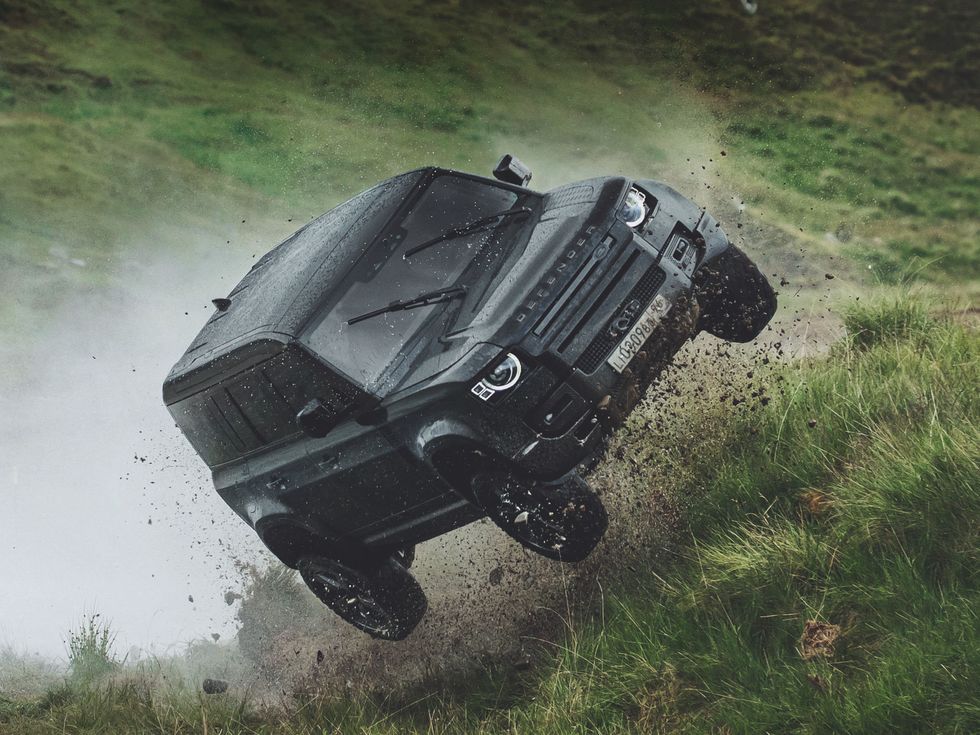 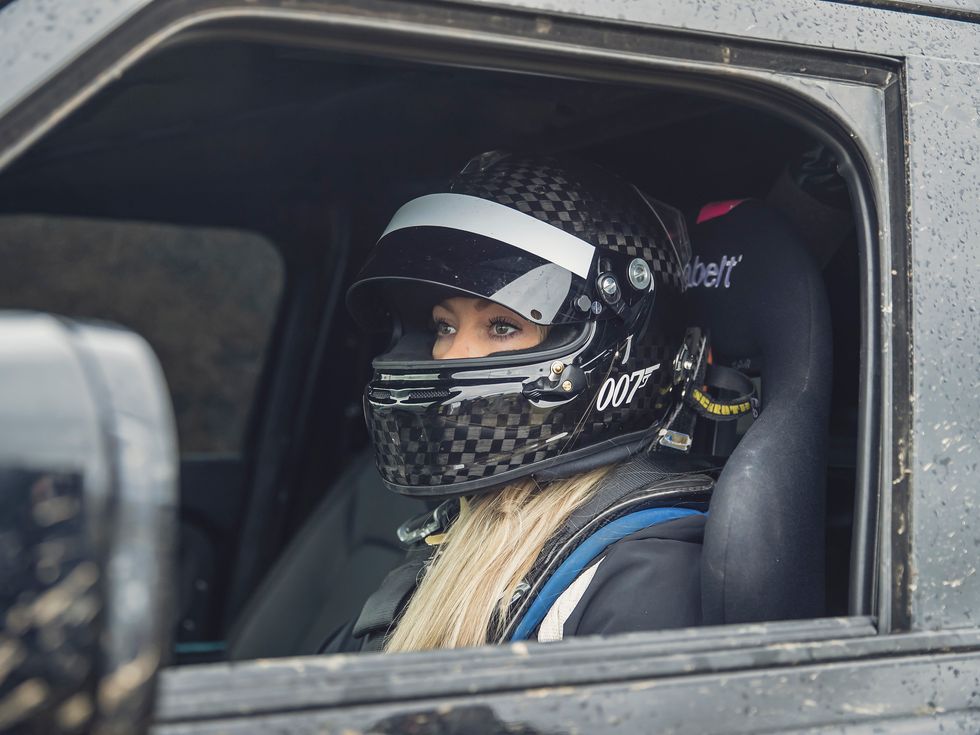 The two modems will allow users to simultaneously use the navigaton system while updating their system over the air.

The 2020 Land Rover Defender will include the world's first dual-modem, dual eSIM design, which will allow owners to simultaneously download system updates over the air while streaming music or using apps. Most vehicle systems currently disable streaming functionality while the Software-Over-The-Air (SOTA) updates are happening, often disabling functionality for an extended period of time. 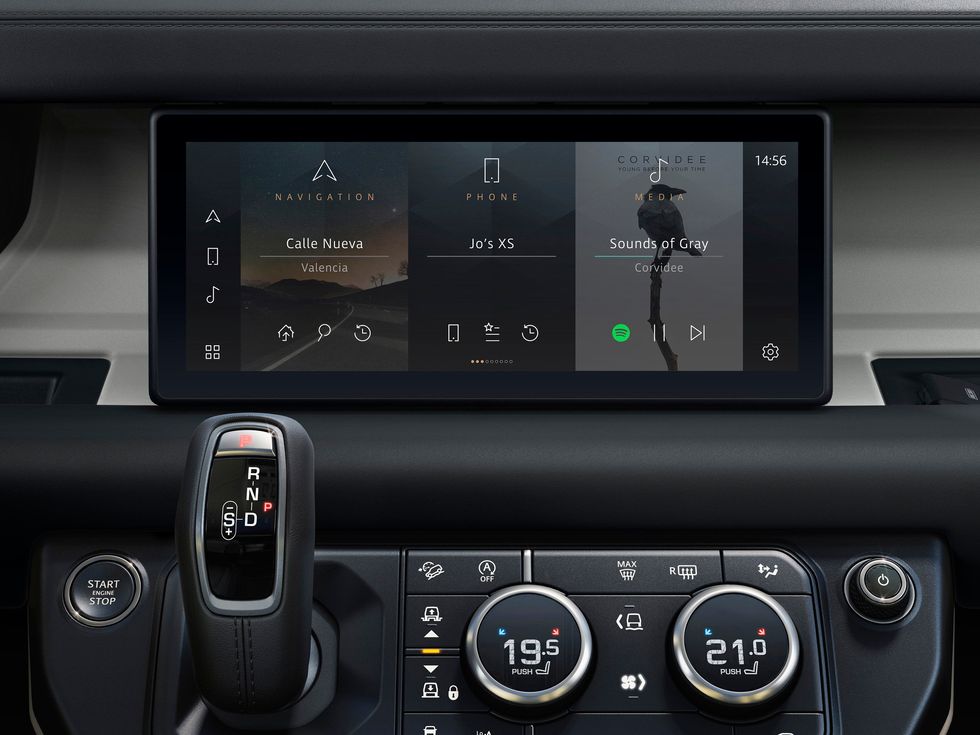 Over 45 modules will be SOTA capable in the new Defender by the end of 2021.Photo courtesy of Land Rover

"With one LTE modem and eSIM dedicated to the Software-Over-The-Air (SOTA) technology and the same set-up looking after music streaming and apps, New Defender has the digital capacity to keep customers connected, updated and entertained at all times anywhere in the world," said Peter Virk, Director of Connected Car and Future Technology, Jaguar Land Rover. "You could liken the design to a brain, with each half enjoying its own connection for unrivalled and uninterrupted service. Like the brain, one side of the system looks after logical functions, like SOTA, while the other takes care of more creative tasks."

The SUV's infotainment system is equipped with its own battery allowing it to be "always on" and able to respond immediately upon vehicle startup. This functionality allows the navigation system to be ready to accept a new destination immediately upon the driver entering the vehicle. Because of the dual-modem set-up, even the navigation system can be accessed during updates.

The Defender's 10-inch high-resolution infotainment touchscreen can also connect to two mobile devices at once via Bluetooth.

Land Rover initially announced that the Defender would have 14 modules that were SOTA capable. This new announcement of 16 is another step toward the more than 45 the company projects will be available by the end of 2021, eliminating the need for customers to visit their dealership to receive any software updates.