The Acura NSX is built for the road and Acura NSX GT-3 is made for the track, but they share many vital components.

As the checkered flag waived over Michelin Raceway Road Atlanta last week, Acura took five five titles in the International Motorsports Racing Association (IMSA) sports car competition series. Unlike cars in Formula 1 and NASCAR racing, which mostly utilize specialty parts, Acura took the titles using variants of same six-cylinder engine that is available in most of its vehicles that are currently for sale at dealership lots nationwide.

In the GTD division, Meyer Shank Racing claimed the Drivers' and Teams' Championships with the Acura NSX GT-3 Evo. It shares 80 percent of its parts with the traditional NSX and is powered by the same mid-mounted twin-turbocharged, 3.5-liter V6, in basic terms. 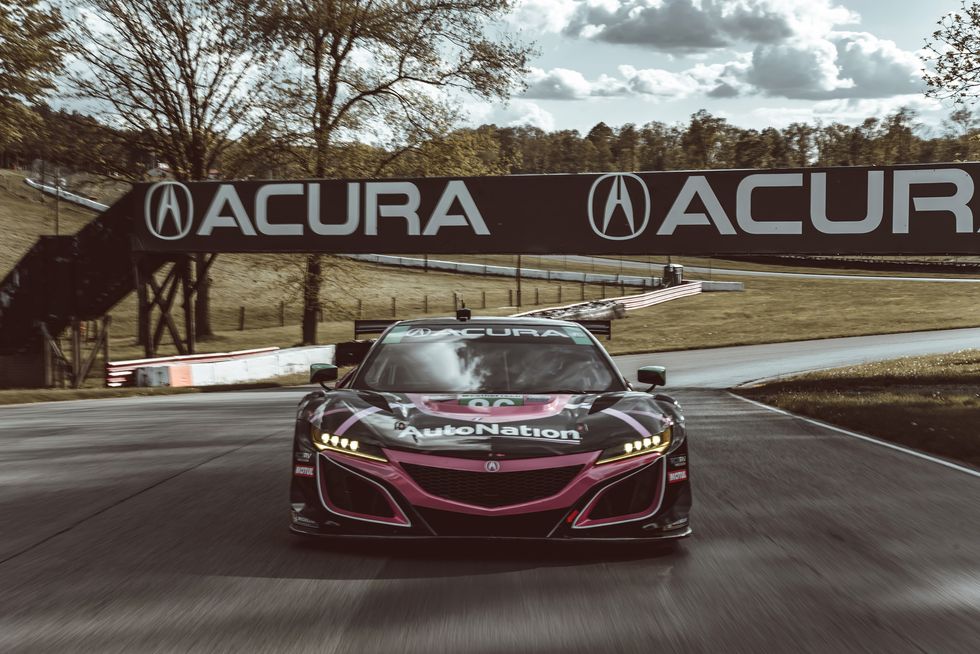 The NSX GT-3 race car shares 80 percent of its parts with the traditional NSX.Photo courtesy of Acura

Though there are many different engines in Acura's lineup, at its heart is the 3.5-liter V6. The engine has been through many different forms as part of the automaker's standard and available powertrain options since 1996 when the J-Series of engines was introduced to replace the C-Series. It's been in sales winners such as the Acura RDX and some losers including the Acura ZDX.

Unlike its road-worthy counterpart, the model is limited to rear-wheel drive (the road car is all-wheel drive) and isn't a hybrid, per IMSA requirements. 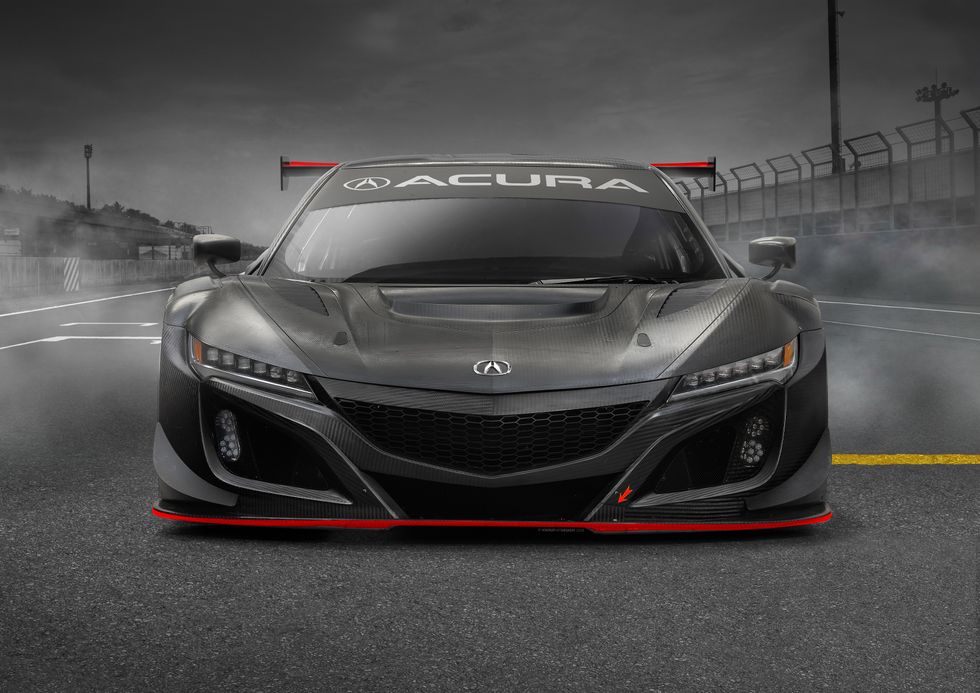 Its chassis originates at the Honda Performance Manufacturing Center in Marysville, Ohio (same as the NSX road car) and final assembly is completed by JAS Motorsport in Milan, Italy.

It is 1,000 pounds lighter and has 500 percent more downforce thanks to its Evo body kit. A video released this summer shows the NSX and NSX GT-3 Evo racing around the Mid-Ohio Sports Car Course where the GT-3 Evo won by just about nine seconds.

Porsche is showing off new 718 Cayman and Boxster models.

They make this look good. Porsche has introduced new versions of its Cayman and Boxster sports coupes. The German automaker has given the models the full GTS treatment, making them the sportiest version of the models Porsche currently offers.

The 718 Boxster and 718 Cayman are both powered by a 4.0-liter six-cylinder engine that is paired with a six-speed manual transmission. It can get from zero to 100 km/h in 4.5 seconds and has a top speed of 295 km/h when equipped with a sports exhaust system with twin tailpipes. 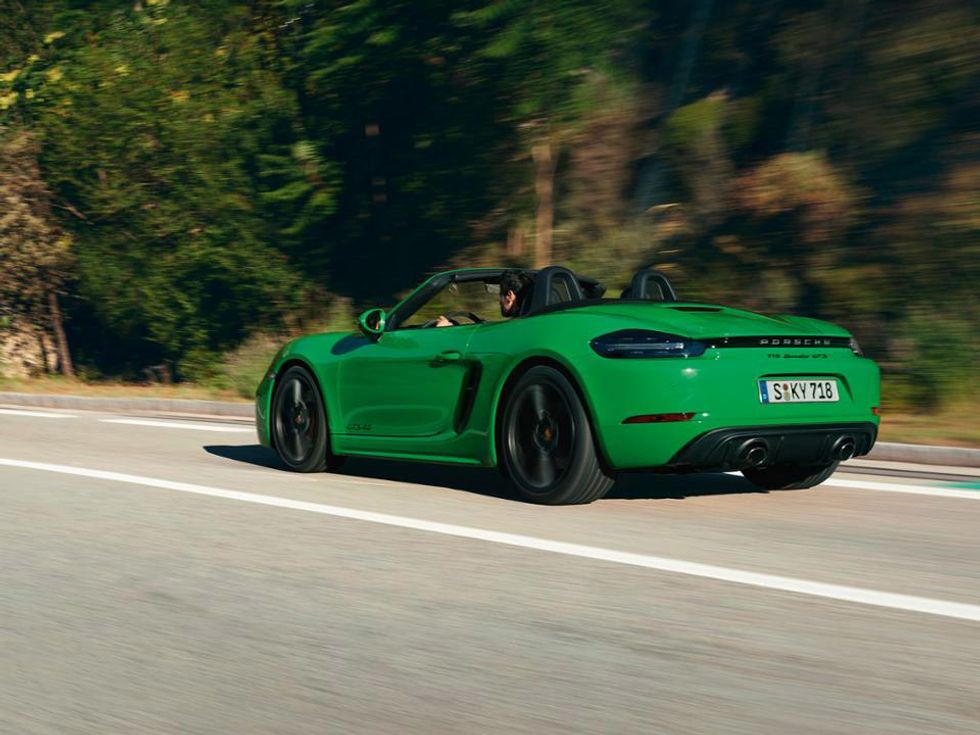 Black accents are featured not he exterior of the model.Photo courtesy of Dr. Ing. h.c. F. Porsche AG

The cars come standard with the Sport Chrono package and the Porsche Track Precision App. Both models ride on 20-inch light-alloy wheels with a satin-gloss black finish wrapped in high-performance offset tires (235/35 ZR 20 at the front and 265/35 ZR 20 at the rear). There are cross-drilled discs and red calipers. Porsche Ceramic Composite Brakes are available.

Its interior features dark Alcantara, which is typical of GTS models and its exterior has a good amount of black accents. The optional GTS interior package adds another colour: the buyer's choice of Carmine Red or Chalk. The chosen color is featured on the rev counter, seat belts, all decorative seams including the embroidered GTS emblem in the headrests and the Porsche lettering on the floor mats with black borders. The trim elements as well as the centre console trim are made of carbon. 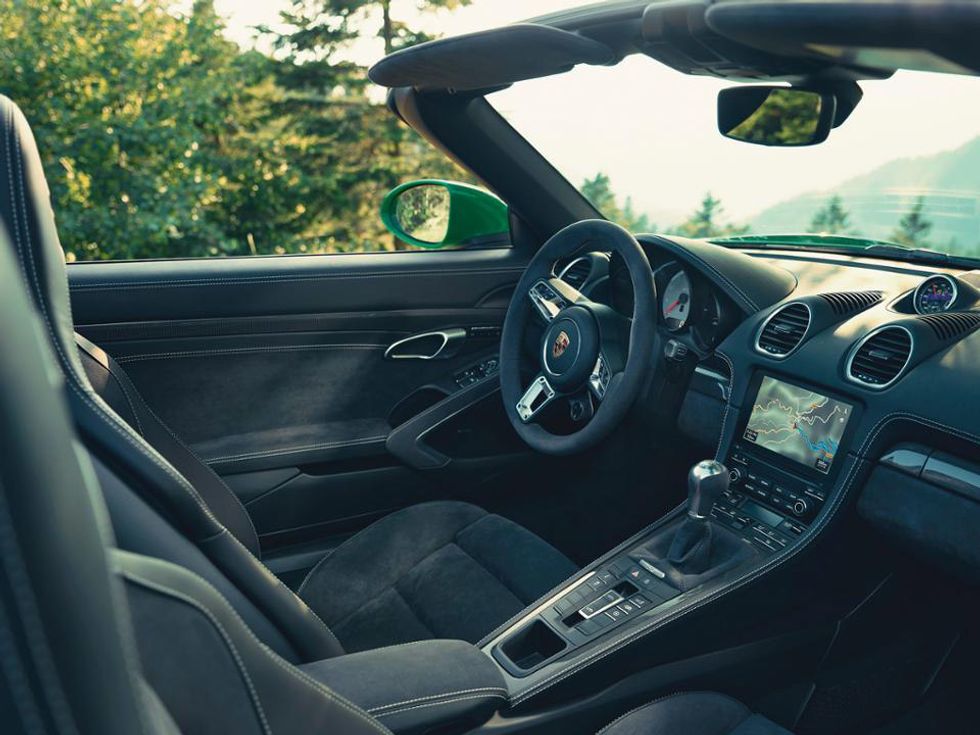 Porsche's smartphone app shows performance-related data on the PCM display while in race track use and records it for later analysis. The online navigation module with real-time traffic information, voice control and Porsche Connect are available.

The cars will arrive at dealerships in mid 2020. It is expected that they will start in the mid-$80,000 range.

A general view of the atmosphere at the 2nd Annual Barrett-Jackson Orange County auction at OC Fair and Event Center on June 25, 2011 in Costa Mesa, California

Two VIN 001 luxury sports cars are slated to go under the gavel at Barrett-Jackson Scottsdale Auction this week. The first production models of the 2020 Chevrolet Corvette and 2021 Lexus LC 500 Convertible will be up for sale with proceeds from each benefitting various charities. 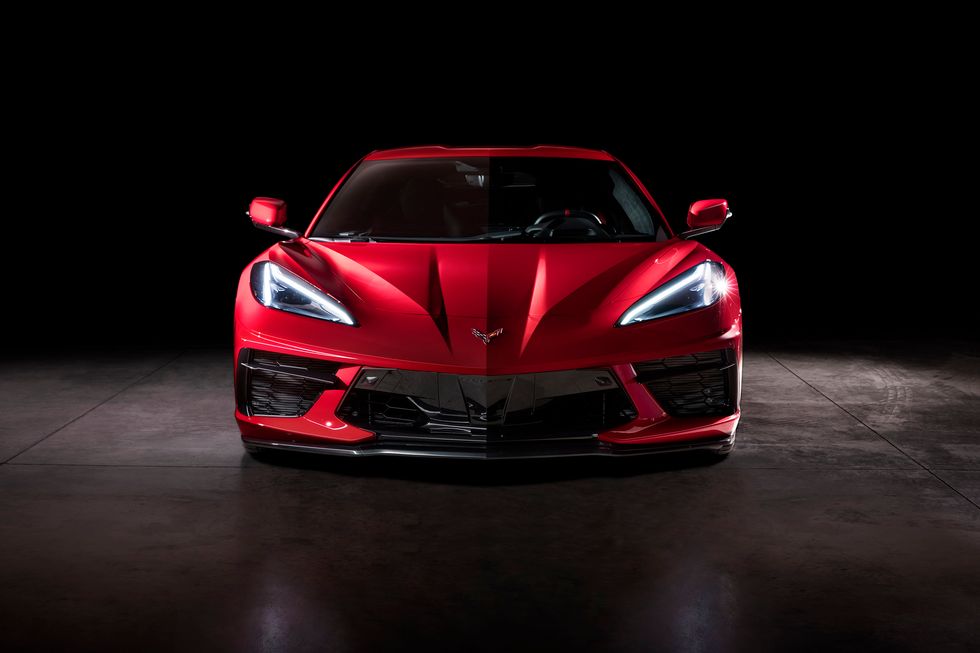 Lot #3007 is the 2020 Chevrolet Corvette Stingray VIN 001. The model is the first retail production of the new, next-gen mid-engine Chevy Corvette. The winner will receive a black-on-black Corvette 3LT model that is fully loaded with all options boxes checked. It is scheduled to be built in the first quarter of 2020.

The winning bidder will have the option to taking delivery of the car at the Corvette plant in Bowling Green, KY, with a hosted tour of the Corvette Museum. The new Corvette also will come with a letter of authenticity and some unique artwork.

The entire hammer price of the sale will benefit the Detroit Children's Fund - a non-profit organization that makes targeted investments to grow the number of quality schools in Detroit.

Click here to see AutomotiveMap's first drive review of the 2020 Corvette. You can see more pictures of the model here. 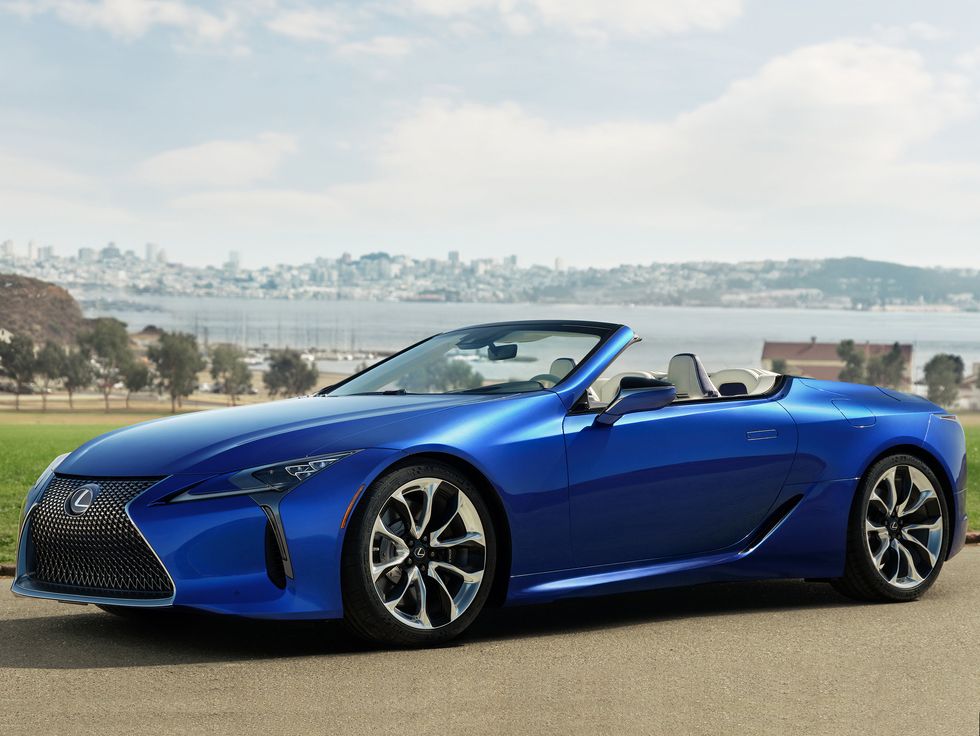 The LC 500 Convertible was first unveiled at the Los Angeles Auto Show in late 2019 after about a year of teasing following the successful debut of the Lexus LC 500 and 500 Hybrid sports coupes.

Whomever wins the lot wlll receive the first model in the Inspiration Series. It will carry VIN 100001. It has exclusive features not found on any other Inspiration Series, including one-off color accents such as Liquid Platinum-colored headlamp garnishes, side intake garnishes, side mirror bottoms and taillamp garnishes. It also comes equipped with Liquid Graphite-colored forged alloy 21-inch wheels with gloss black accents, blue brake calipers the that match the Structural Blue paint job, and a carbon-fiber scruff plate that is imprinted with "LC Inspiration Series Launch Exclusive 1 of 1."

The winner also gets a custom Zero Halliburton luggage set, autographed memorabilia, an exclusive Lexus experience and more. Delivery of the vehicle is expected in July 2020.

The entire hammer price of the LC 500 Convertible will support the Boys & Girls Club of America and the Bob Woodruff Foundation.

The 2020 Chevrolet Corvette Stingray and 2021 Lexus LC 500 Convertible are both being sold with no reserve.