BMW recently redesigned its 3 Series. The 2021 BMW 330e is the latest model to be added to the 3 Series lineup.

BMW is adding the 330e sedan to its lineup for the 2021 model year. The sedans feature the next-gen BMW plug-in hybrid electric vehicle (PHEV) drivetrain and a new power boost function that delivers additional output off the line for drivers looking for a more exhilarating drive experience.

The engine and motor work in tandem with a 12-kWh lithium-ion battery that is located beneath the car's rear seats. The car has 22 miles of all-electric range and an estimated 75 MPGe rating (67 MPGe for the all-wheel drive model).

The system is mated to an eight-speed automatic transmission.

New XtraBoost functionality enhances power and performance when the car's throttle is in the kick down position and in Sport mode. It provides an immediate 40 horsepower increase for a period of 10 seconds.

The car can operate on purely electric power at speeds up to 68 mph. Emissions-free driving is available up to 87 mph.

BMW has equipped the model with the most modern technology is has in its 3 Series sedan, including phone as key functionality.

Amazon and BMW have teamed up to offer a 240-volt/Level II wall charging unit for sale, including installation services. By visiting www.amazon.com/bmwcharging, customers can find out charging times for their specific vehicle, choose from a selection of best-selling charging units and compare prices, with and without professional installation. An installation estimate is provided based on a simple three-question survey and the customer's zip code.

The model goes on sale later this year. Pricing will be announced closer to its on-sale date.

The BMW logo will be used on- and off-line, but not on vehicles.

The future of BMW is not dynamic. Maybe that's not true of the brand as a whole, but it's logo sure has taken a new, simplified route. BMW says that the change, "delivers on the expectations and visual style of today and is better-suited to the digital age."

A logo is considered an expression of a brand, showcasing the identity of its products under a common seal that sets the tone of the company. BMW says that the new logo, "conveys openness and clarity." It's restrained and two-dimensional, to say the least. 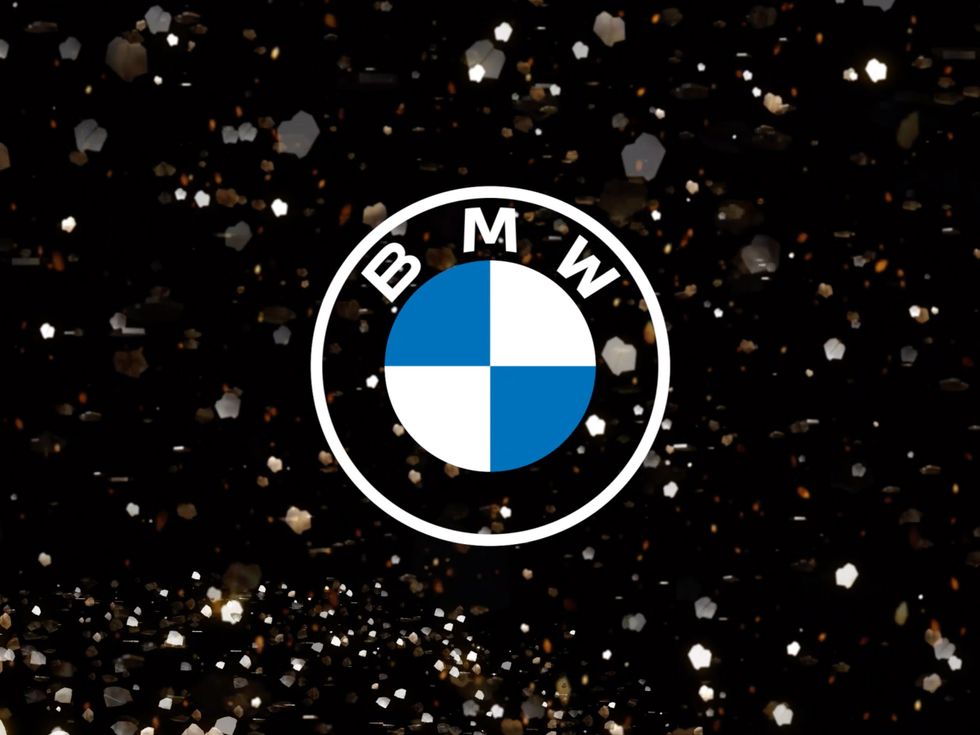 BMW has introduced a new logoPhoto courtesy of BMW

The change also signals the company's transition from an automaker to a player in the tech and connections space, according to a release. That's a trendy thing to say.

"BMW is becoming a relationship brand. The new communication logo stands for openness and clarity." says Jens Thiemer, Senior Vice President for Customer and Brand BMW. "We want to use this new transparent version to invite our customers, more than ever, to become part of the world of BMW. In addition, our new brand design is geared to the challenges and opportunities of digitalization for brands. With visual restraint and graphic flexibility, we are equipping ourselves for the vast variety of touch points in communication at which BMW will be present, online and offline, in the future. This additional communication logo symbolizes the brand's significance and relevance for mobility and driving pleasure in the future."

The new brand design has already launched. By May 31, all communications, on- and offline, and international trade fairs and events will feature the new logo. Thankfully, the new logo won't be use on the vehicles or in the exterior and interior labeling our dealerships, the existing logo remains in use there.

The BMW Concept i4will evolve to become the new i4 electric sedan.

With a giant buck-toothed grille and all-electric powertrain, the BMW Concept i4 made its debut this week showing off what a future BMW i4 will look like. BMW has already said that the i4 will enter production in 2021. When it does so, it will be BMW's first luxury midsize electric vehicle (EV).

The thoroughly modern grand tourer has a strong stance and questionable fascia choices. It features a long wheelbase and the type of fastback roofline that makes German automakers keen to call it a "coupe" despite the fact that it has four doors. Its midsize proportions are similar to the current BMW 5 Series. 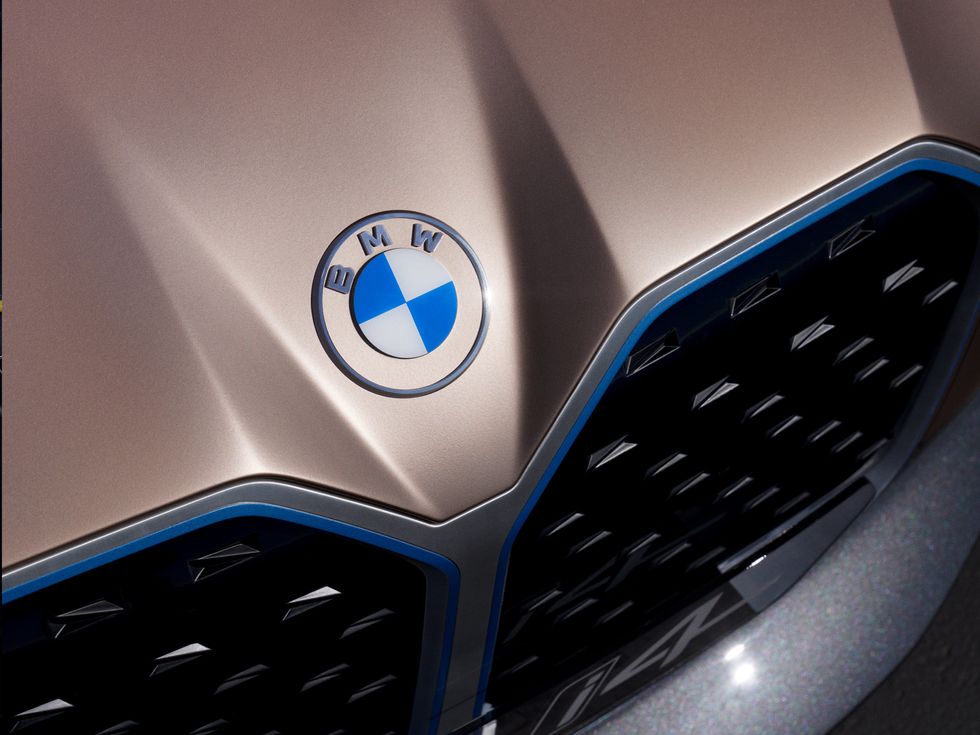 Its enormous grille no longer serves a cooling purpose but rather houses technology required to keep the car on the road. The Concept i4 is shown in a Frozen Light Copper paint job.

At the rear, there are long, L-shaped taillights and vertical air intakes. Because it is an EV, there are no tailpipes.

Throughout the exterior there are blue tinted design elements that are common on modern vehicles denoting their electrified powertrain. It has unique wheels that were designed just for the concept.

The four-door tourer has an EPA-estimated range for 270 miles, is able to achieve 530 horsepower, and can get from zero tp 62 mph in 4.0 seconds. BMW says that its top speed is in excess of 124 mph. Its battery weighs roughly 550 kilograms and has an energy content of around 80 kWh.

There are three drive modes: Core, Sport, and Efficient. BMW says that these modes give a hint at what is to come in the i4.

BMW has orientated the cabin of the Concept i4 for the driver. A new BMW Curved Display pairs with the steering wheel and features technology that promises to make infotainment tech functionality more intuitive. Like the Cadillac curved OLED screen, the Concept i4's display is non-reflective and does not require a shroud.

There are almost no buttons on the minimalistic center stack. Nearly every operation relies on touch control, including the functionality of a traditional shifter. Gold Bronze accent strips finish off the interior with a high level of sophistication.

BMW highlights the large amount of head- and legroom in the midsize model. BMW has equipped the model with sport seats in the front and rear.

Look for the true version of the BMW Concept i4 will likely be revealed later this year or early next.