Nissan hints at the future of Frontier with refreshed 2020 model

In the final year of the current generation, Nissan has given the Frontier a few, impactful upgrades.

In their own words, Nissan is laying "the groundwork for the next-generation Frontier" by enhancing the midsize truck for the 2020 model year. It is expected that we will see the next-gen Frontier later this year.

While there is't much new on the Frontier, it's what's under the hood of the model that's the most exciting news. Nissan is giving the truck a best-in-class 310-horsepower 3.8-liter V6 engine. Yes, 310 horsepower. That's a 49-horsepower jump from the available 4.0-liter V6 in the 2019 model and more than double the amount of horsepower in the 2019's base 2.5-liter four-cylinder engine. 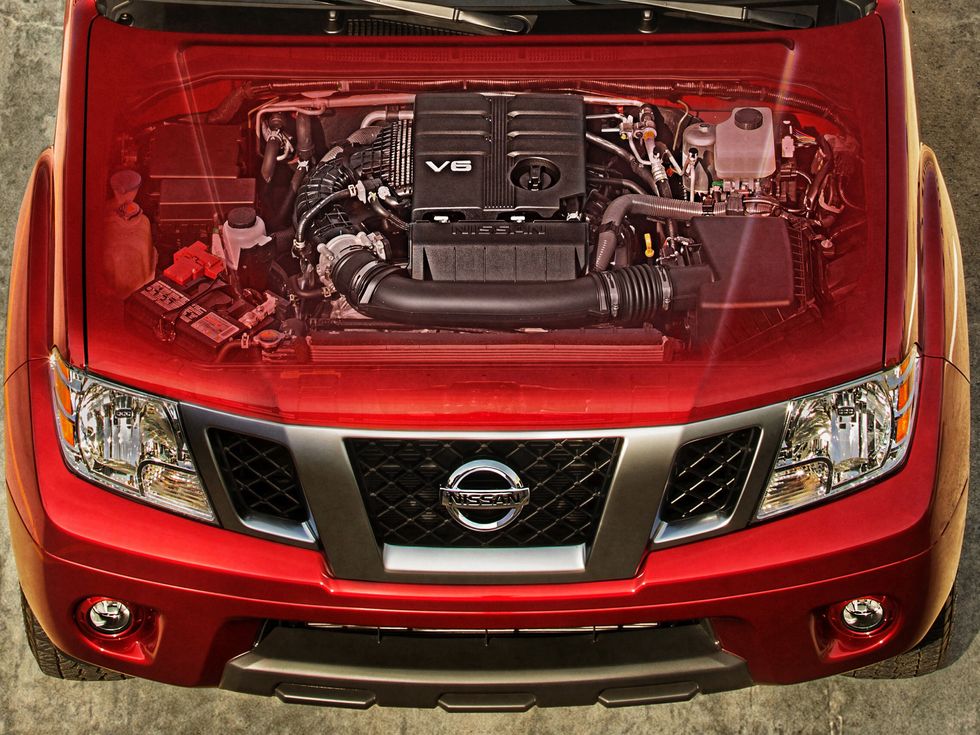 Nissan has abandoned the powertrains that were available with the 2019 model and made the new one the standalone option for the 2020 model year.Photo courtesy of Nissan North America

The new 3.8-liter is paired with the same nine-speed automatic transmission that is in the 2020 Nissan Titan. The powertrain replaces the four-cylinder ad V6 power plants and becomes the standard Frontier engine for the 2020 model year.

Nissan developed the powertrain specifically for U.S. customers and it was made with acceleration and emissions performance in mind. It features 93 percent new or redesigned parts and was tested extensively in North America. Fuel efficiency numbers are forthcoming.

The engine will be assembled at Nissan's engine facility in Decherd, Tennessee, just down the road from the company's Smyrna assembly plant.

Nissan has also given the 2020 Frontier standard push-button start, a leather shift knob, manual tilt steering, power door locks, and power windows with driver side auto-down. There are new tires and wheel options as well.

What does this have to do with the redesigned 2021 Nissan Frontier? We're very close to seeing the next-gen model and this engine will be its beating heart.

The 2020 Nissan Frontier goes on sale in the spring.

Houstonians are going to be the first in the country to try out a new Nissan subscription service.

Volvo and Porsche are already doing it. Now, Nissan is getting in on the vehicle subscription service model with a new program called Nissan Switch. The service will debut in Houston.

"Nissan Switch is another way that Nissan is testing alternatives to the notion of traditional mobility, without long-term financial commitments for our customers," said Andrew Tavi, vice president, Legal, External Affairs and Business Development, Nissan North America, Inc. "This program provides more choice, convenience, and flexibility. For those who want a sedan during the week and an SUV or sports car, like the GTR, on the weekends, Nissan Switch provides the solution." 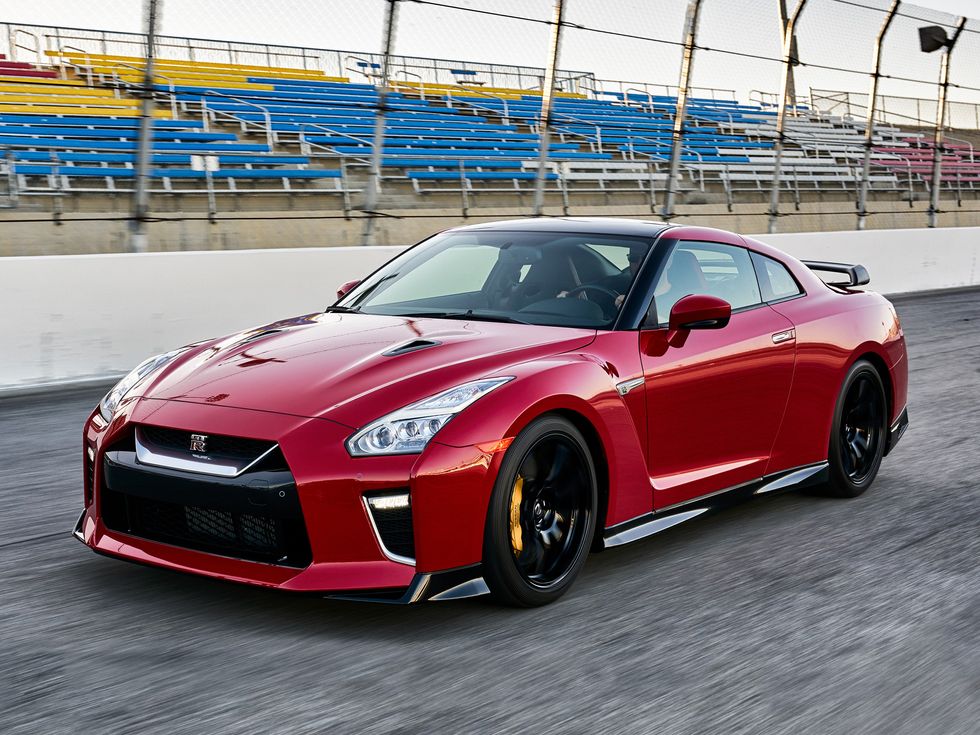 Nissan's new subscription service allows drivers to get behind the wheel of a variety of vehicles, including the GT-R.Photo courtesy of Nissan North America

By signing up for the Nissan Switch program, subcribers can test models including the Nissan Leaf Plus, Titan, and GT-R. Nissan has recently redesigned many of the vehicles in their lineup including the Versa, Sentra, and Altima. The Frontier got a new engine for the 2020 model year and Murano, Maxima, and Titan have gotten significant updates in the past 18 months.

The program works similar to how on-demand media programming works. The price tier of the service subscribed to dictates the vehicles that can be switched out. There is no long-term contract or commitment.

For $699 per month, subscribers have access to the Altima sedan, Rogue and Pathfinder SUVs, and Frontier truck. Spending $899 per month allows for testing of the Leaf Plus electric vehicle, Maxima sedan, Murano and Armada SUVs, Titan truck, and 370Z sports car. Those wishing to test out the GT-R must elect for the $899 per month Premium service level and pay an additional $100 per day with seven-day consecutive maximum use.

Subscribers won't be driving just rental car spec base models. Each vehicle will be featured in a well-equipped trim level, some with Nissan's ProPilot Assist driver-assist technology that has features including lane centering, lane keeping, and blind spot warning.

After a $495 membership activation fee, the monthly subscription includes the vehicle (unlimited switches, as often as a new vehicle each day), delivery, cleaning, insurance, roadside assistance, and regular maintenance.

Customers can enroll at www.nissanswitch.com through August 2020.

Dwight Yoakam sings about being "a thousand miles from nowhere." Chicagoland delivery driver Brian Murphy has driven 1,000 times that amount in his 2007 Nissan Frontier, or the equivalent of two roundtrips to the moon. 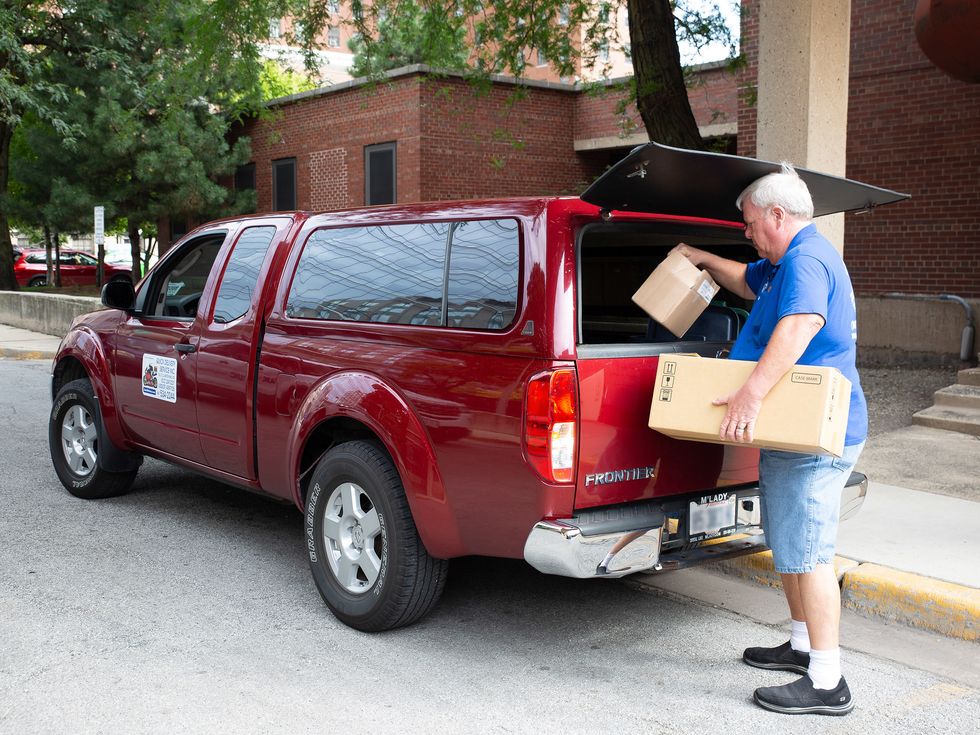 Murphy's work as a delivery driver keeps he and the truck busy.Photo courtesy of Nissan North America

Before the sun rises on work days, 62-year old Murphy is up and off to work in the Frontier, returning about 13 hours later. It's a two-wheel drive, four-cylinder model with a five-speed manual transmission and a King Cab. The Nissan's exterior features the original Red Brawn paint job and it still has the original engine and transmission.

"I had no doubt this truck would hit a million miles. It's tough and gets great fuel economy, exactly what I need to get the job done," said Murphy. "I change my own oil every 10,000 miles and drive carefully. Nothing major has been replaced on this truck, it's really something."

Along way, Murphy has had to replace some of the original equipment and has had all his service done at M'Lady Nissan in Crystal Lake, Illinois. According to Murphy, the original clutch lasted 801,000 miles, the timing chain was replaced as preventative at 700,000 miles, and the radiator and alternator lasted about 450,000 miles each. Even the driver's seat lasted a half-million miles before being replaced.

The U.S. Department of Transportation says that men Murphy's age drive an average of 15,898 miles per year. Murphy far exceeds that wracking up 77,000 miles per year on average. 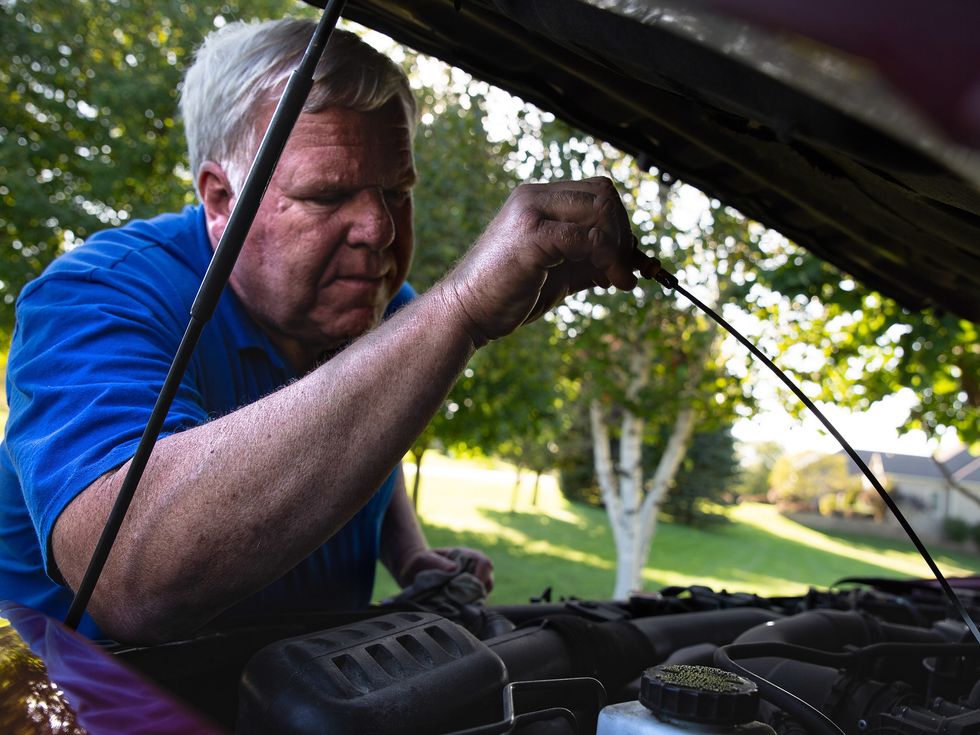 Murphy has performed regular maintenance on his truck since he bought it.Photo courtesy of Nissan North America

Echoing a sentiment said by many retirees around the U.S., "My truck deserves to rest, but I've got to keep busy," said Murphy.

The truck's odometer reached its limit at 999,999 miles, but Murphy kept the trip odometer going to tally the additional miles.

Some may see the truck's lack of technology to be a hinderance when it comes to finding your way around a city. Murphy doesn't see it that way. He's never used GPS to guide him and his record is free of any moving infractions.

For other routine maintenance, the truck has been serviced at M'Lady Nissan in Crystal Lake, the same dealership where the 62-year-old Murphy bought the vehicle new in June 2007.