The Volkswagen Jetta has been redesigned for the 2019 model year but still isn't as good as its rivals.

As catchy a marketing campaign as it is, the "Betta Getta Jetta," tagline falls flat when you test drive the latest iteration of the compact car. With stiff competition from the recently redesigned Toyota Corolla, Mazda Mazda3, and Kia Forte.

The Jetta a compact car that sits below the Passat and new Arteon in the German automaker's U.S. lineup. The Golf and Beetle are smaller than the Jetta. It was fully redesigned for the 2019 model year. 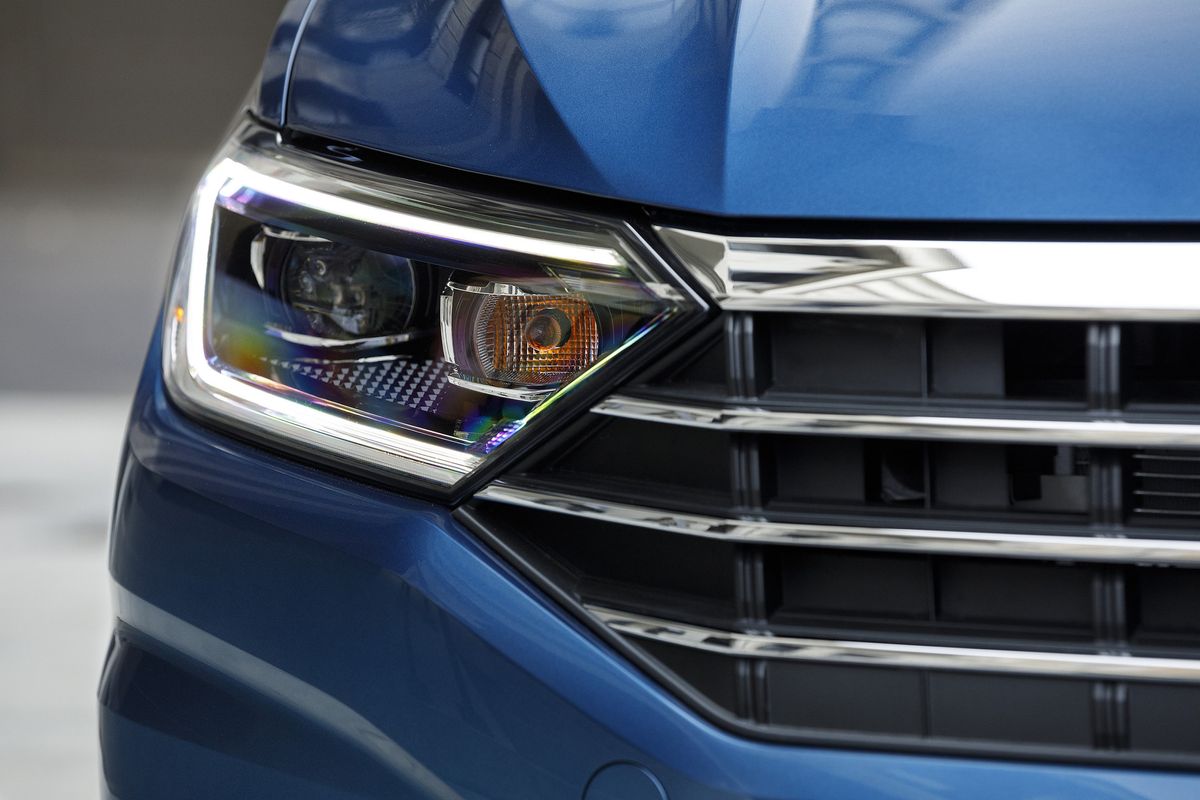 The Volkswagen Jetta looks very similar to every other VW on the lot.Photo courtesy of Volkswagen AG

In every grade, the Jetta is powered by a turbocharged 1.4-liter engine that produces 147 horsepower and 184 pound-feet of torque. The engine is paired with a six-speed manual transmission in the base model, but all subsequent trim levels come standard with an eight-speed automatic. The powertrain is competent but doesn't differentiate itself from the competition. It's fuel-efficient, achieving 30 mpg in the city and 40 mpg on the highway regardless of transmission.

The compact car has a cabin filled with materials that are just "meh." Compared to the thoughtfully styled and appointed surfaces of the Mazda3 and high-quality design and materials in the Corolla and Forte, the Jetta just doesn't cut it, especially in its lower trims.

The Jetta comes standard with a 6.5-inch infotainment touch screen, four speakers, a USB port, Bluetooth, Apple CarPlay, Android Auto, and MirrorLink. That's a decent list but even when you add equipment like the dual-zone automatic climate control and 8-inch touch screen, the Jetta still looks cheaper than much of its competition. 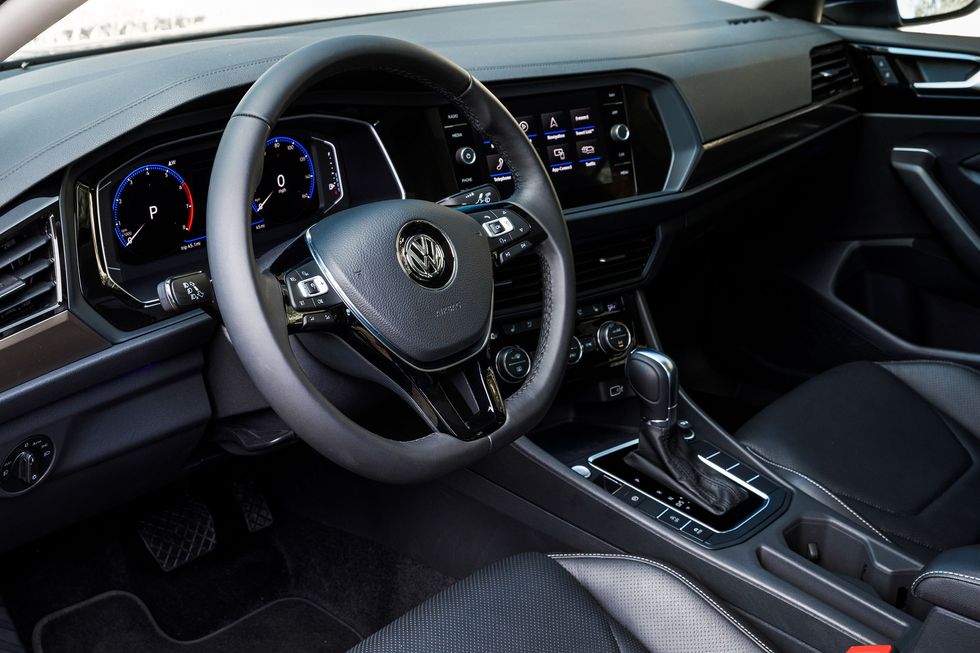 The interior of the Jetta is modern and straightforward.Photo courtesy of Volkswagen AG

Climate controls are intuitively laid out in the Jetta but certain functions, like dimming the driver information display, are controlled via the infotainment screen and frustratingly unavailable while driving at least as tested in the SE trim.

As is customary in Volkswagen cars, the seats in the Jetta aren't comfortable for long stretches of time but they are supportive, keeping a driver and passengers in place as the vehicle remains reasonably planted through twists and turns in the road. Unlike other vehicles in its class, the Jetta has enough room in its rear seat for two average sized adults. 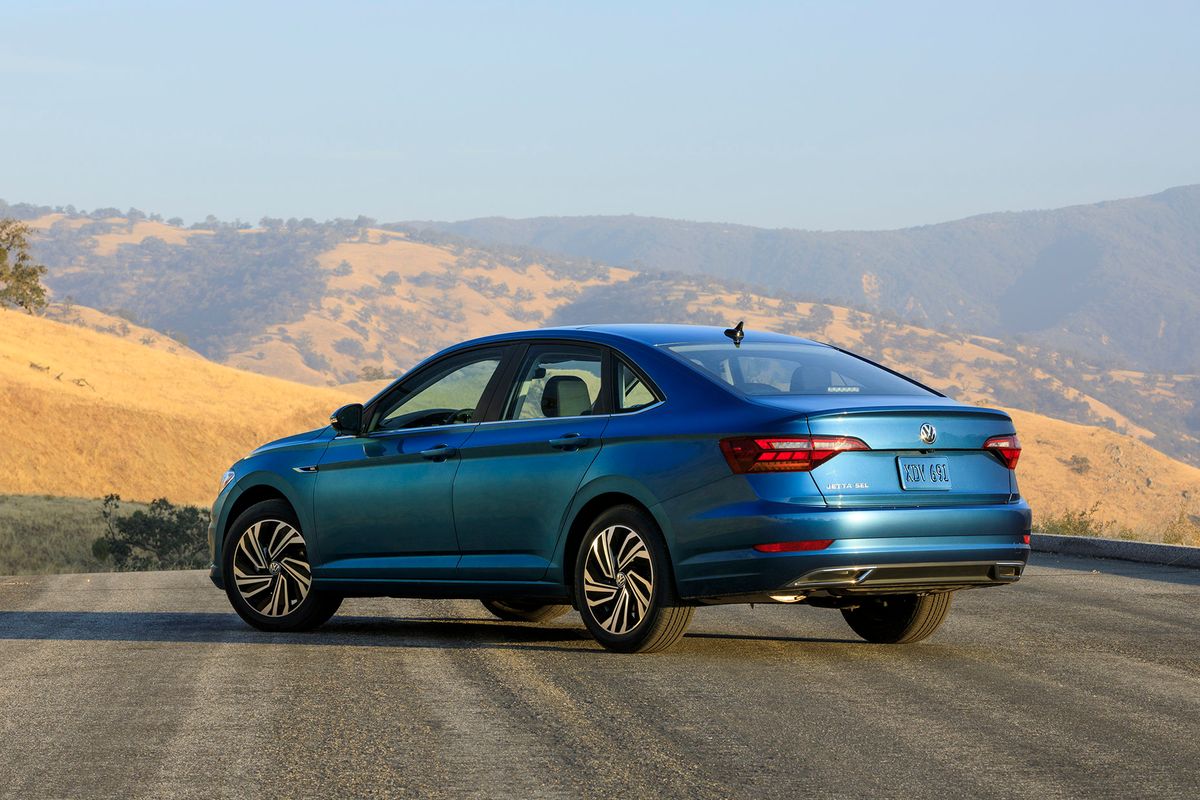 The Jetta has a good amount of passenger and cargo space.Photo courtesy of Volkswagen AG

This redesigned Jetta has less cargo space than you'd find in its previous generation but it still holds up versus the competition. There are a good number of nooks and crannies to store things in, in the cabin.

There are few compelling reasons to choose the Jetta over the Corolla, Forte, and Mazda3. Each of those vehicles does many things better than the Jetta, and delivers at least one stand-out reason to choose it over the Volkswagen. If you're in the market for a new compact car, skip the VW lot.

The Mercedes-Benz B-Class, which has been discontinued in the U.S., is one of 2019's worse-selling models.

Some cars, like the Toyota Camry and Honda CR-V, sell well. It seems like you see them everywhere. Occasionally, on dealer lots you'll see a leftover model from the previous year waiting to be sold, but it's likely to be snatched up quickly. The vehicles on this list are the opposite.

Most of these models are the equivalent of the leftovers you forgot about in the back of the fridge for months after Thanksgiving. The majority of them aren't even made anymore. A few are handmade specialty models, and for that, their lack of sales can be forgiven.

One thing you will notice; super luxury models aren't on the list. Ferraris, Lamborghinis, and Rolls-Royces, among others, get a pass because of their scarcity. 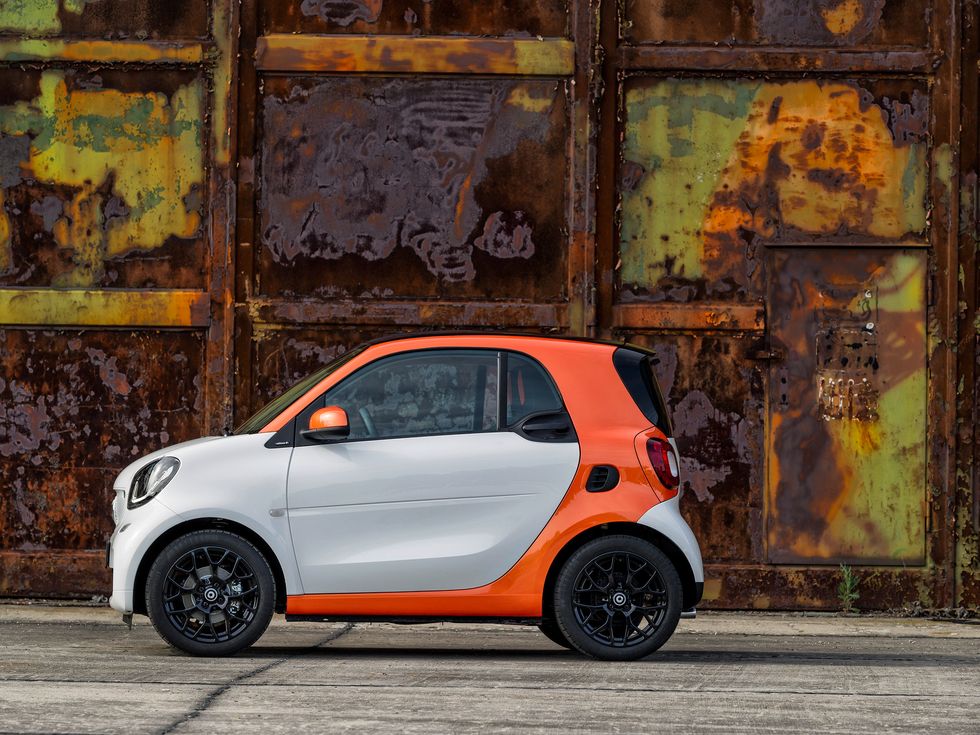 If you visit the Smart website, the first thing you'll see is a message saying, "smart cars are no longer sold in the US." Sure, "no longer," but they were sold up until September when the arm of Mercedes-Benz finally pulled out of the U.S. market. 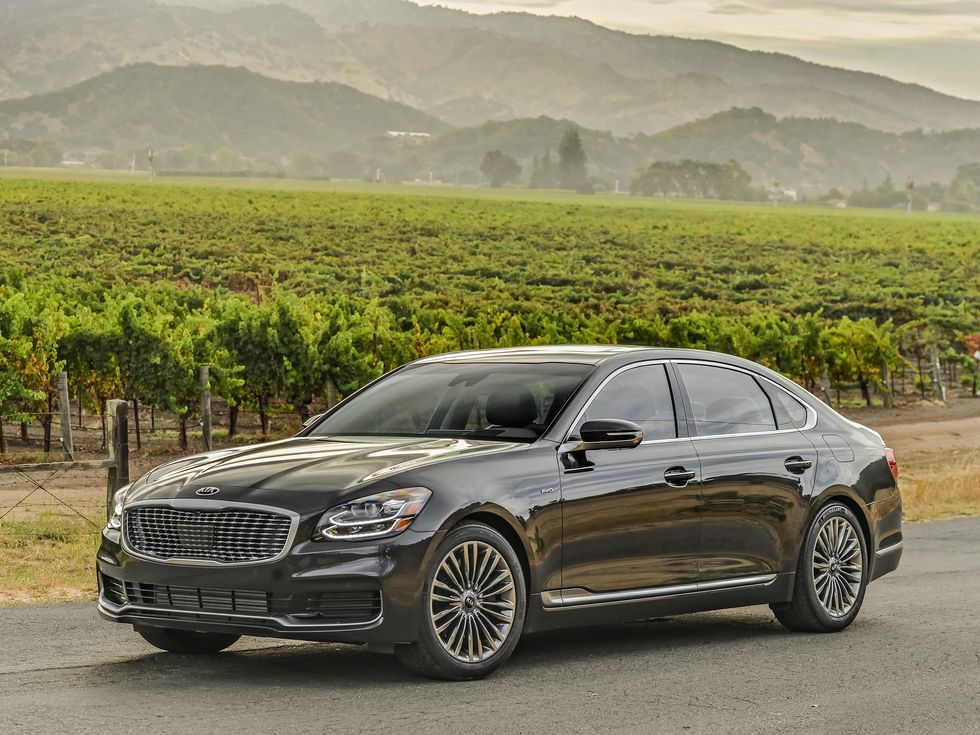 Kia not only still makes the K900, it's just been through a generational redesign. The model gets high marks from reviewers but it's never really caught on here in the U.S. It is more popular in Kia's native Korea. 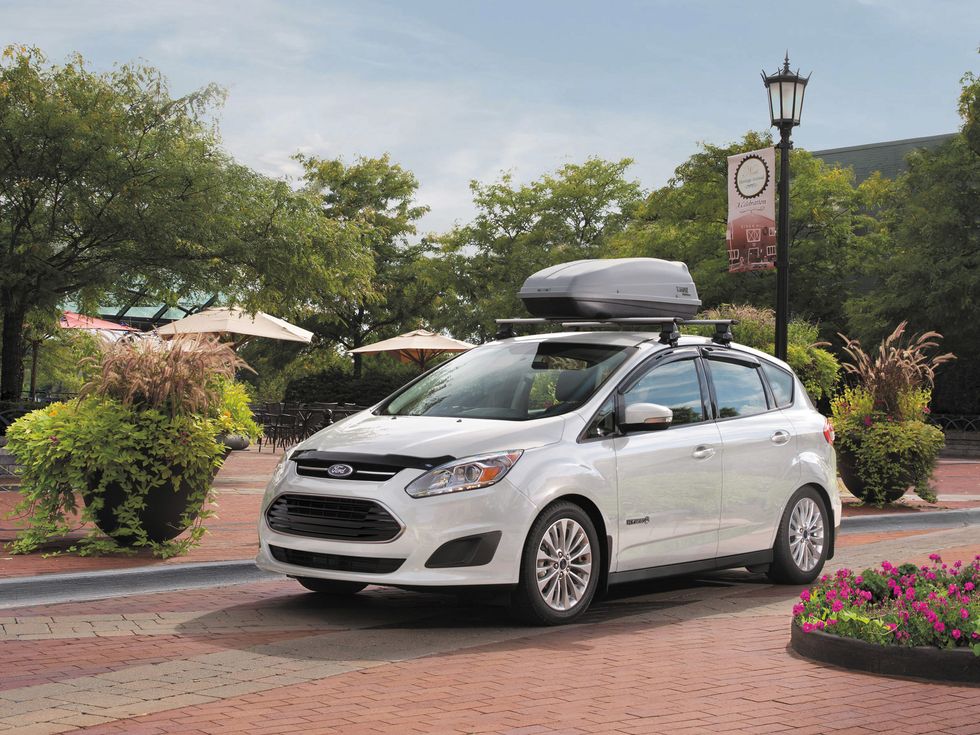 Ford sold 213 new C-Maxes in 2019, through the third quarter. The hybrid and plug-in hybrid model was in production through the 2019 model year so it's understandable that there's a few still left on lots. 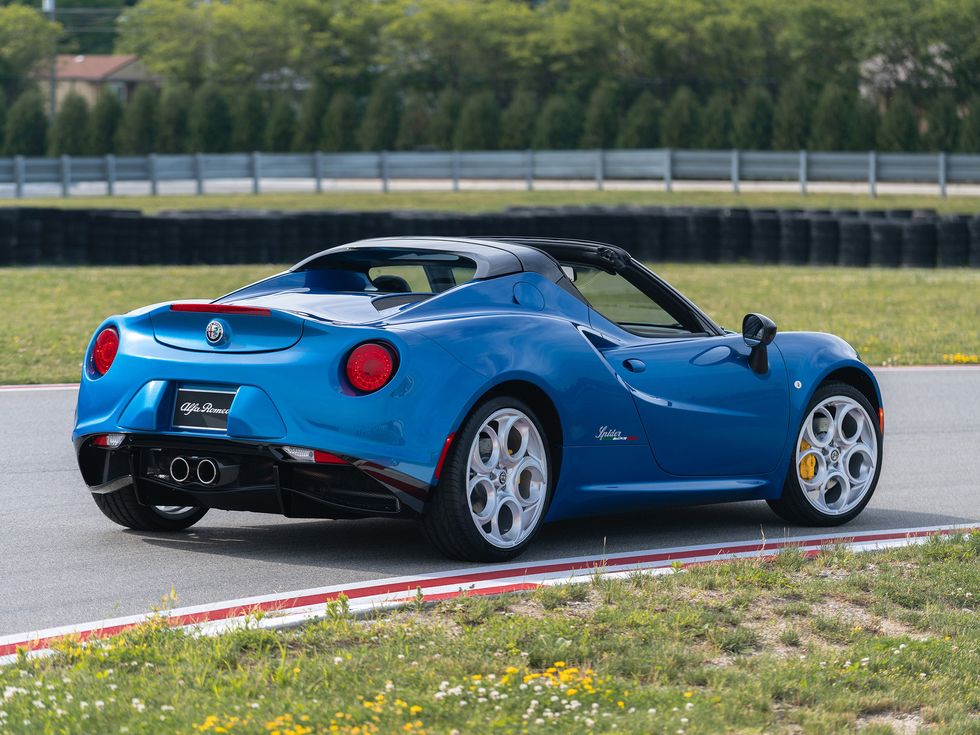 The Alfa Romeo 4C coupe is one of the few models on this list still in production. Though Alfa doesn't produce or sell many of the cars, they're considered one of the more fun vehicles you can get behind the wheel of. That assessment doesn't take into account their aging infotainment system, shoddy interior, and harsh ride. 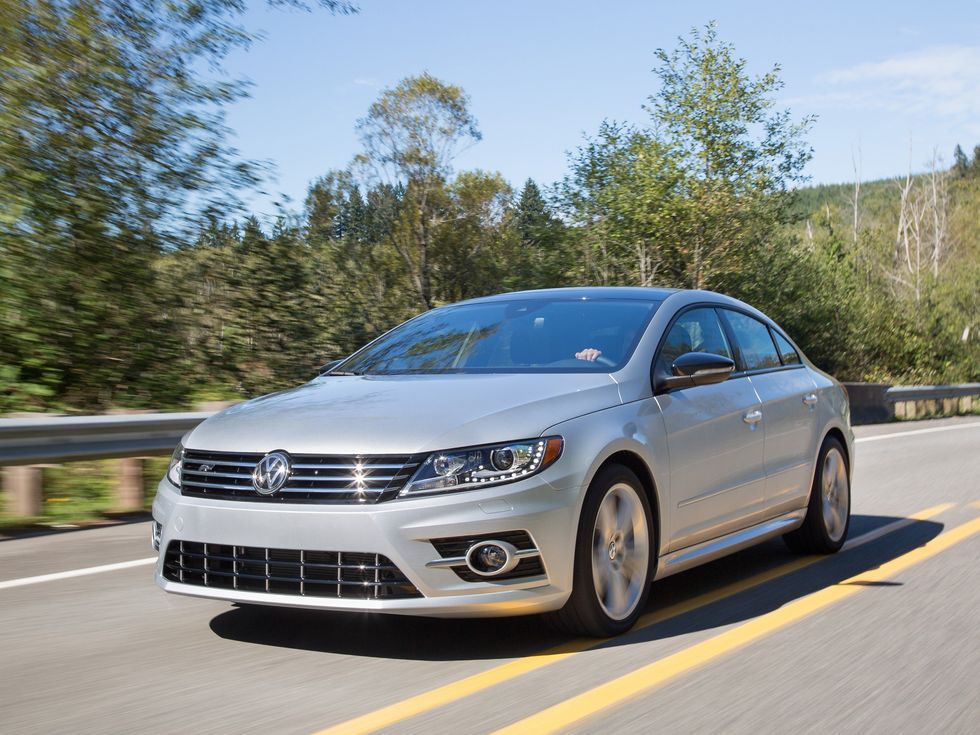 The Volkswagen CC ceased production in 2017. The so-called "comfort coupe", which is actually a sedan, never really gained momentum with U.S. customers, something its replacement, the Arteon, is also experiencing. 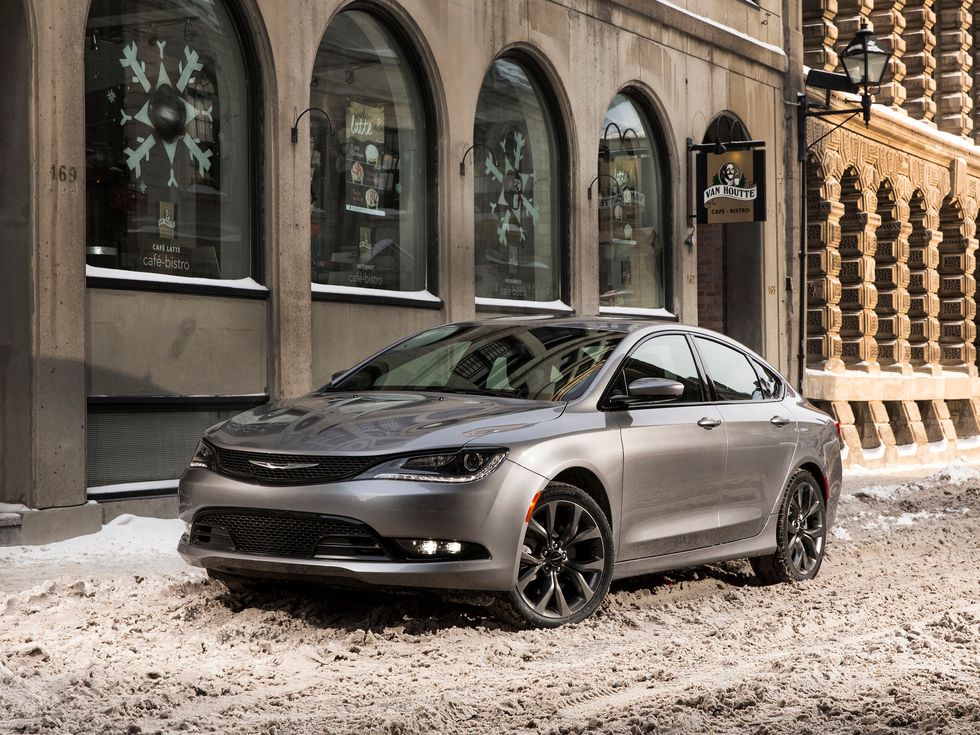 The Chrysler 200 fell out of favor at FCA right around the same time as the Dodge Dart. Despite this, 48 people still bought the model in 2019. 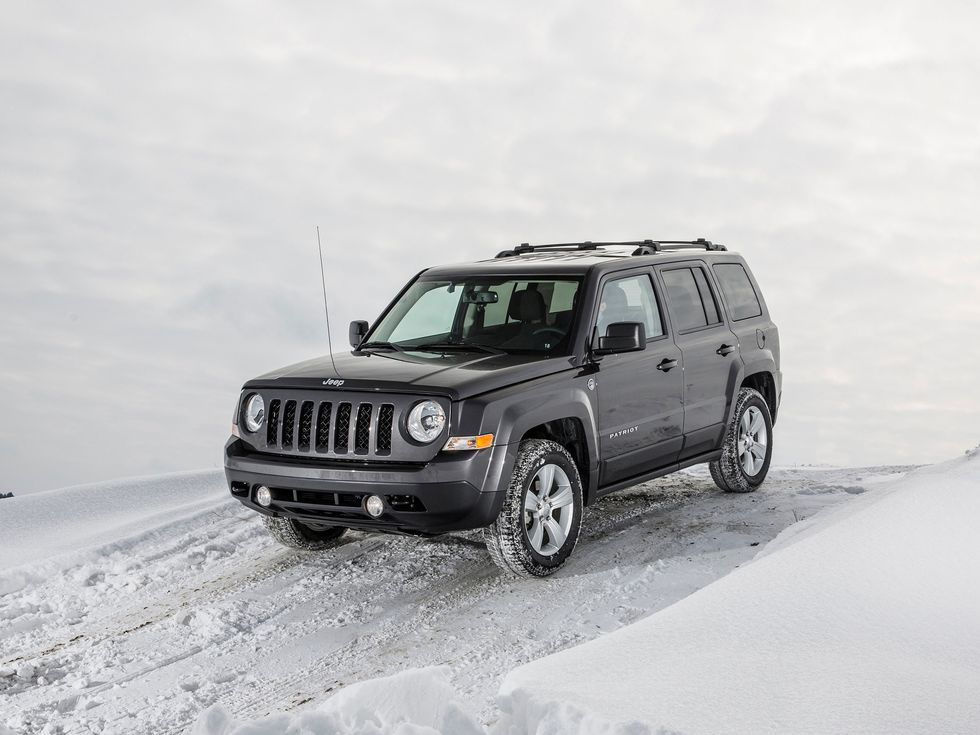 In the words of Led Zeppelin, "I just can't quit you baby." Despite the new Jeep Compass and upgraded Jeep Renegade being suitable alternatives to the Patriot, 27 buyers still purchased the Patriot in 2019. That's down from the 621 FCA sold last year. 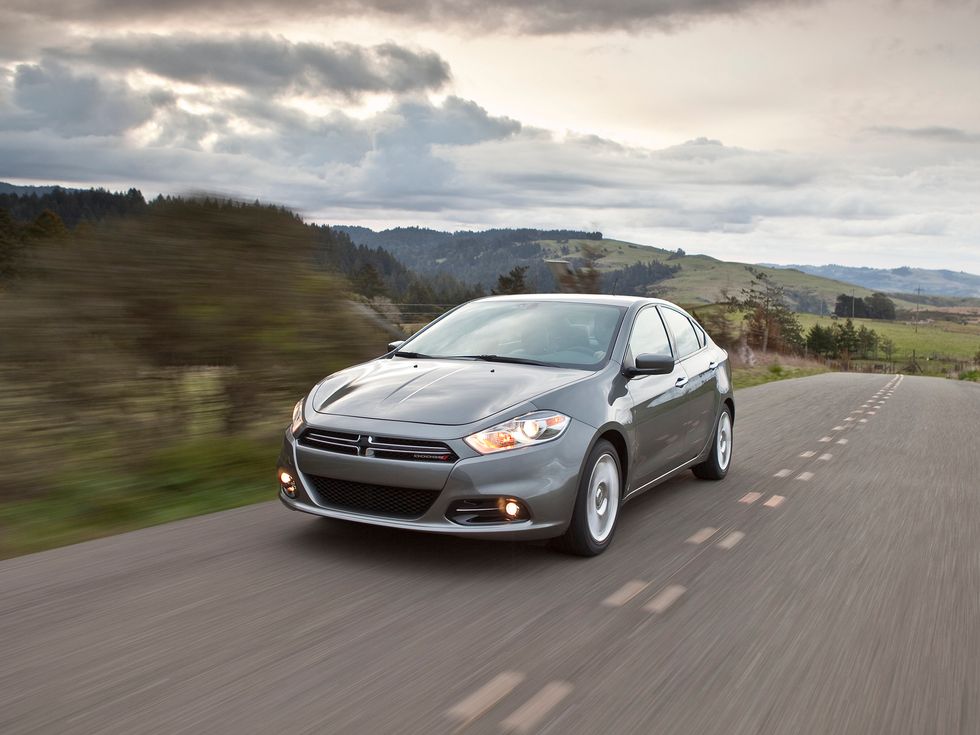 In September 2016, production of the Dodge Dart ended. And yet, despite no new ones being made in three years, 15 new Darts were sold to customers. In 2014, Fiat Chrysler's then-CEO Sergio Marchionne said that Dart customers who wanted a hatchback could be served by the Jeep Renegade or the Fiat 500X, two models that remain on U.S. lots today. 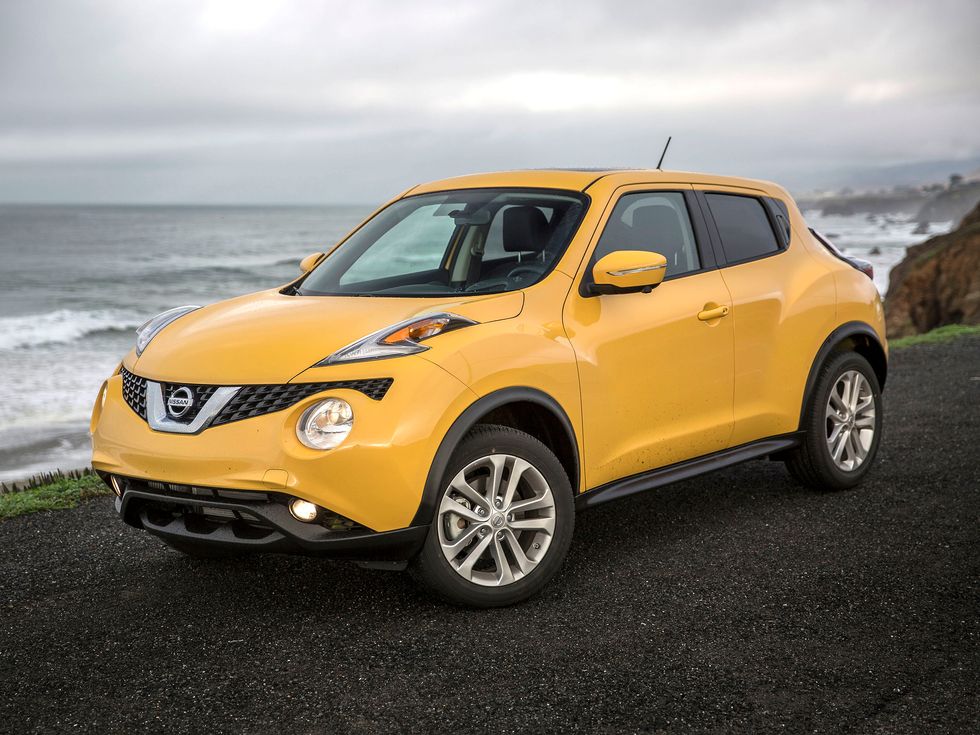 There are Juke enthusiasts spread throughout the U.S. who actively take to Twitter to lament that the latest Juke generation has yet to make its way to the U.S. They may be the ones who bought the 11 new Jukes sold in the U.S. this year. In 2018, Nissan sold 713 of the SUVs to U.S. buyers. 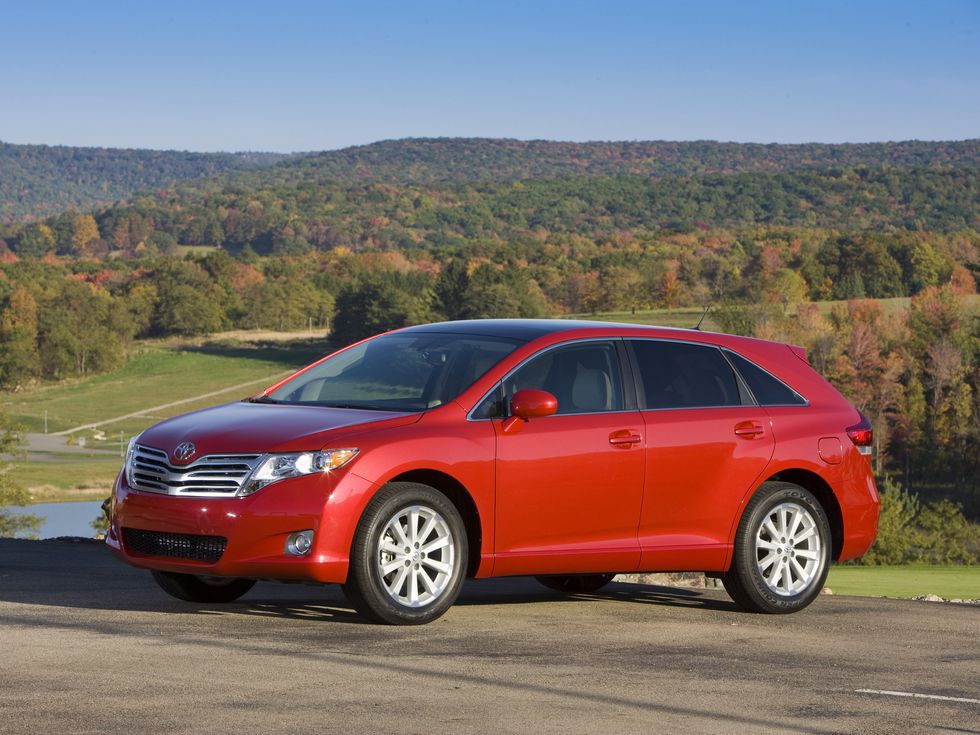 Toyota sold just as many Venzas in 2019 as they did in 2018 - 9. The five-door crossover's last model year in the U.S. was 2015. That means that customers who bought a new Venza this year actually bought one that's four years old, and didn't really change from 2012 to 2015. What's the phrase about a sucker being born every minute? 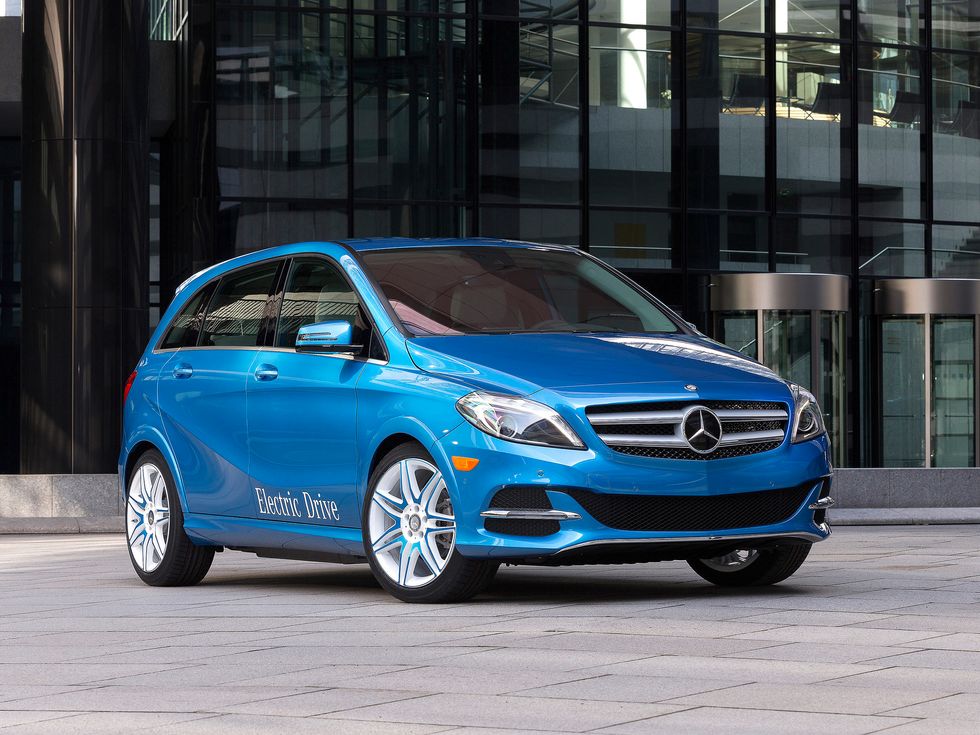 Head to the Mercedes-Benz website and you won't even find the B-Class listed for sale. The second generation, which was produced from 2011-2018, was sold in the U.S., though it wouldn't be considered a popular model by any stretch of the imagination. In 2018, the luxury automaker sold 135 of the models in the U.S. 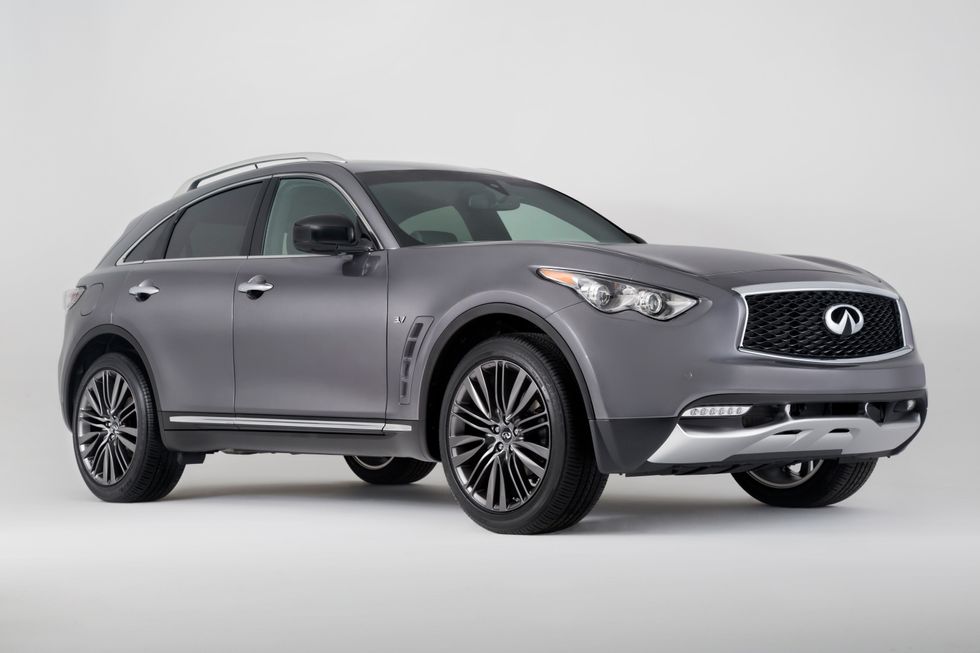 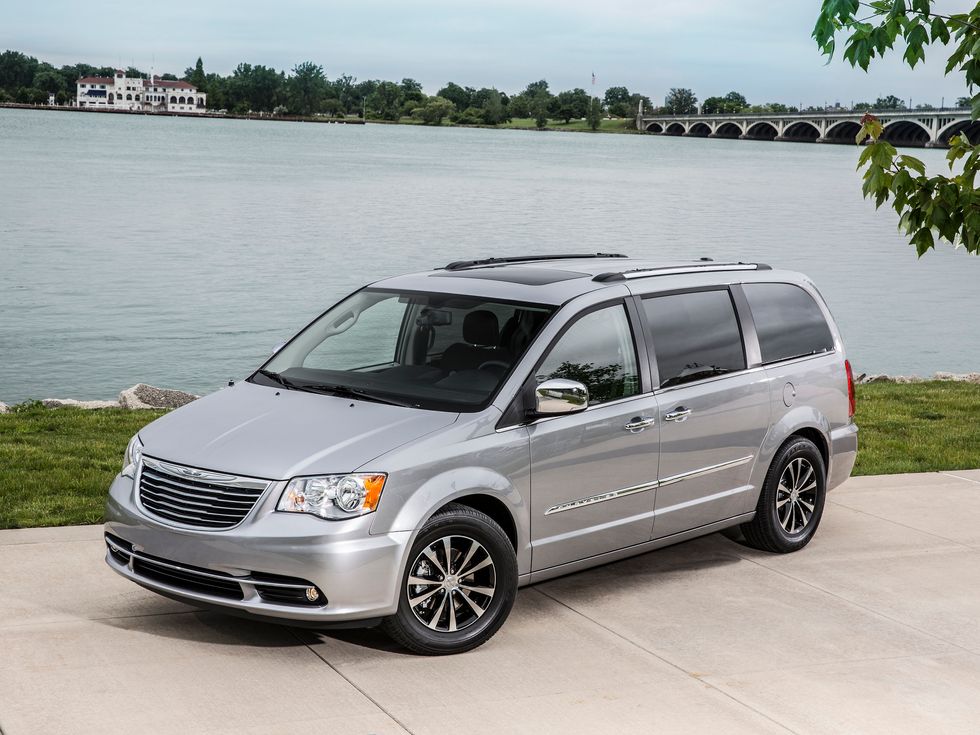 Chrysler sold five new Town & Country minivans in 2019 despite not having manufactured the model since 2016. That's actually one less than was sold in 2018. It really makes you wonder how many of the minivans they'll sell in 2020. 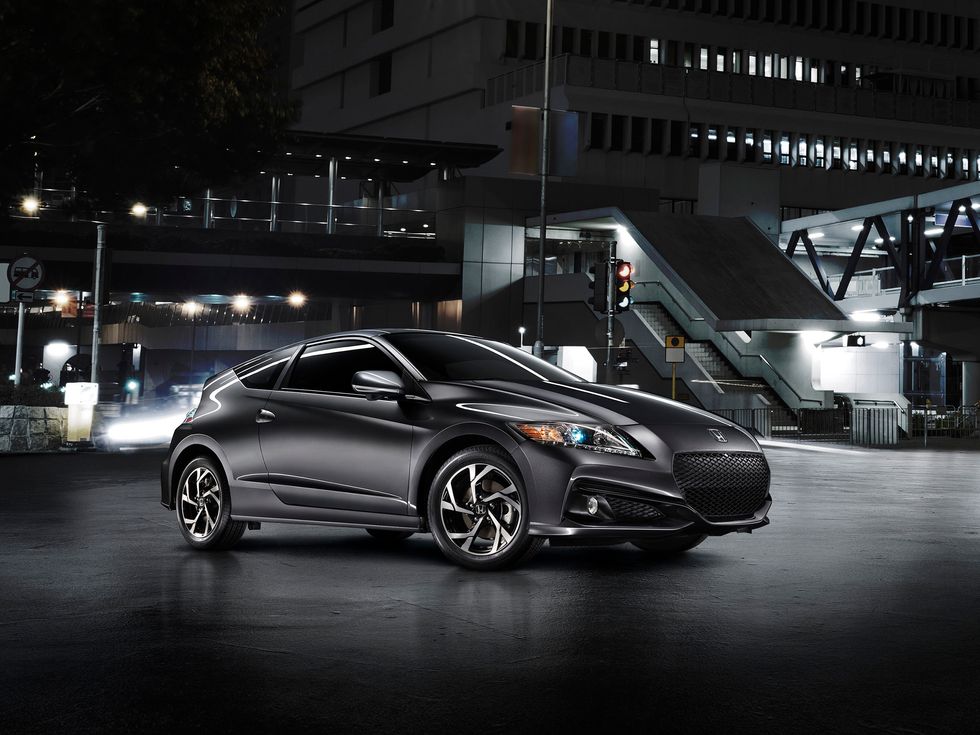 Honda only sold two new CR-Zs in 2019, down from the 28 they sold in 2018. The hybrid coupe was last made in 2016. It was discontinued to make room for Honda Accord Hybrid and Clarity production. 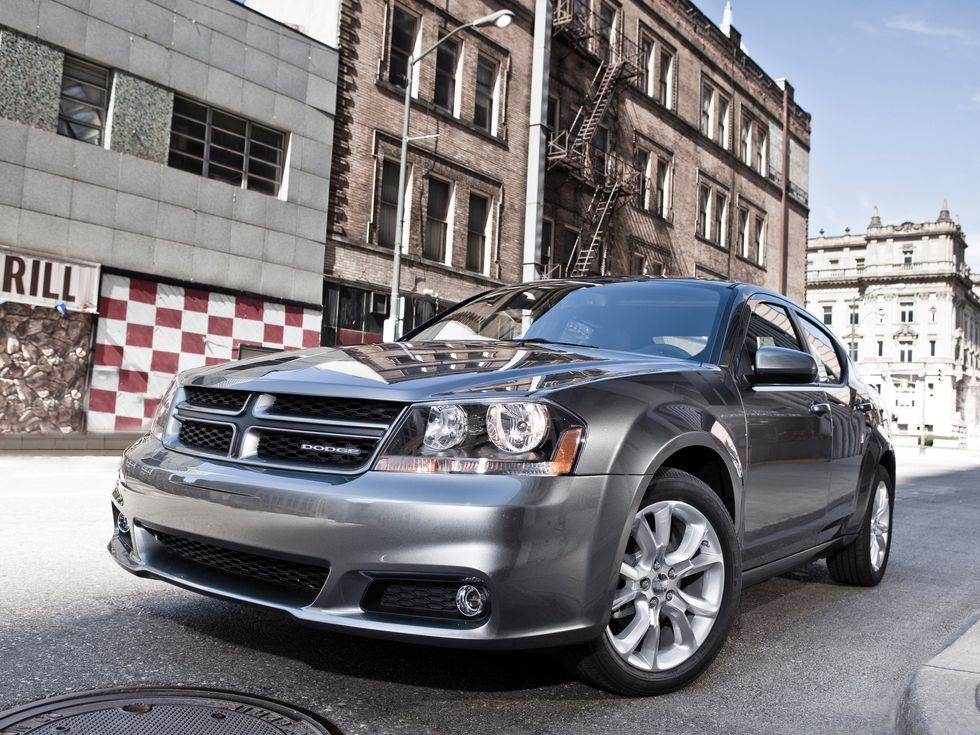 One lucky (?) buyer took home a brand spankin' new Dodge Avenger in 2019. The front-wheel drive sedan hasn't been in production since 2014.

The Beetle has been synonymous with the Volkswagen brand practically since the beginning. Despite there being other memorable models in the VW lineup over the last 70 years, the Beetle remains an icon.

Tonight, on New Year's Eve, Volkswagen is bidding a fond "auf wiedersehen" to the car with a short film, to be played during "Dick Clark's New Year's Rockin' Eve with Ryan Seacrest 2020" on ABC. Titled "The Last Mile", the film is an animated take on a the story of a boy whose life has been influenced by the Beetle. 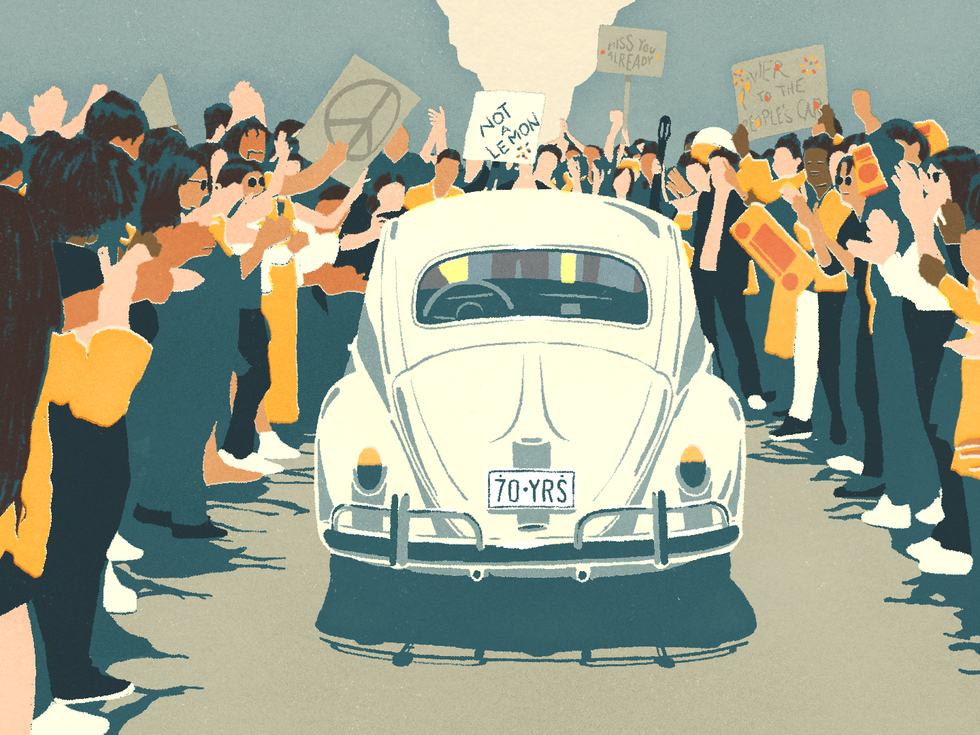 "The Last Mile" captures the emotions surrounding a life well lived with the Beetle by a man's side.Photo courtesy of Volkswagen AG

"The Beetle is easily one of the most recognizable cars in the history of automobiles," said Saad Chehab, senior vice president, brand marketing, Volkswagen. "Honoring it properly required a medium with just as much versatility and universal appeal as the car itself. While we chose the classic Beetle as the star of the animation, additional campaign components in Times Square honor the latter two generations of cars and their place and presence in American culture. We are proud of our past but our eye is on the future – hence our choice of New Year's Eve to hint at our upcoming long-range EV and the 2020 Atlas Cross Sport."

Eagled eyed watchers will see numerous pop culture references throughout the film including cameos from Kevin Bacon's character in "Footloose", an astronaut, and artist Andy Warhol. There's a sign proclaiming that its "Not a Lemon" and a cameo from Bravo TV host Andy Cohen in the 90-second spot.

You may want to grab the tissues.

The advertisement ends with the Beetle flying into the heavens and a new vision of the next generation of Volkswagen vehicles appearing.

If you don't want to wait until it airs on TV, you can view it here.