To modernize a classic, VW added an e-Golf electric powertrain to a 1972 Volkswagen Type 2 Bus

Volkswagen is exploring the potential of modernizing classic cars with new electric powertrains.

Classic cars sure are pretty to look at. But, they're not so great when it comes to running clean. A new movement in the classic car community looks to change that, swapping old engines for fresh electric motors.

Chevrolet highlighted the trend earlier this year on a 1962 Chevrolet C-10 pickup truck and now Volkswagen is getting in on the game, showing off a 1972 Volkswagen Type 2 Bus that has been retrofitted by EV West to include the powertrain from a VW e-Golf. 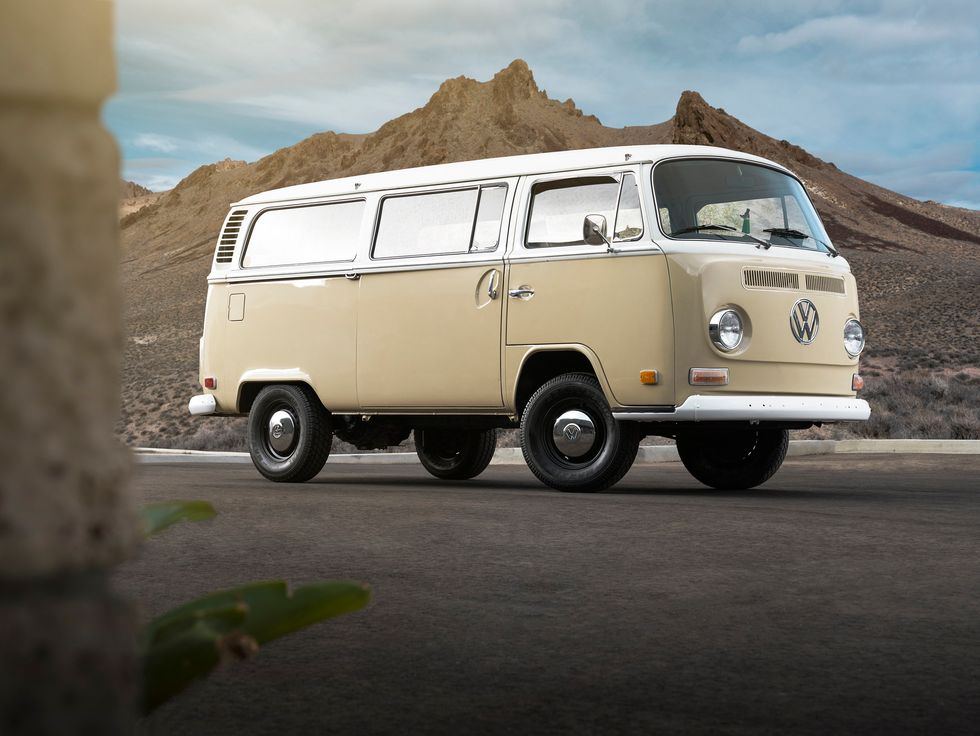 Volkswagen has exchanged the powertrain in a 1972 Volkswagen Type 2 Bus for that in a 2017 Volkswagen e-Golf.

"Their passion for classic-car culture and commitment to renewable energy made EV West the ideal choice for this project," said Mathew Renna, VP G4, Volkswagen North American Region. "We thought, who better to see if the e-Golf powertrain would be the perfect fit for our older vehicles. It's great to see that the spirit of hot rodding is going to live on into the electric age."

The stock powertrain from a 2017 e-Golf features a 35.8kWh battery system that gives the Bus 125 miles of all-electric range. The powertrain sits in the rear compartment of the Bus, which previously held the vehicle's stock air-cooled 60-horsepower four-cylinder engine. The battery units are housed inside custom engineered and reinforced enclosures under the Bus's front seats where the fuel tank used to sit.

According to Volkswagen, "The independent rear suspension of the Type 2 Bay Window makes a perfect mate to the transverse driveline which is contained in a single unit that houses the 100kW synchronous AC permanent magnet electric motor, one-speed transmission and charging system."

The Bus's stock long-throw shifter now features park, reverse, neutral, drive, and regenerative braking modes. It has been fitted with a retro-inspired multifunction digital EV gauge on the dashboard.

"We are very excited to be a part of this project," said Michael Bream, Founder and CEO of EV West. "Merging a historic model from an iconic brand with the technology of today, is just one of many ways that we can step closer to a more sustainable future while continuing to enjoy our rich automotive heritage."

The Bus is painted Kansas Beige and Pastel White. It is not currently for sale.

This is the self-driving, all-electric Cruise Origin brought to you by GM

The Cruise Origin self-driving vehicle has been revealed.

Cruise has passed on a steering wheel, a rearview mirror, and pedals in its new Origin electric vehicle. The ride share mobility solution debuted last night in San Francisco was co-developed by the arm of General Motors in cooperation with Honda.

In addition to the self-driving aspect of the news, the biggest innovation with the vehicle is that it is nothing like the any other GM alternative fuel mobility solution. There's not really speck of Bolt in the design.

It's actually more like the Navy shuttle than the Bolt, resembling the most modern of train cars. Its exterior is smooth and not aerodynamic. Its sliding doors open wide via a sliding mechanism rather than outward like a traditional car door. There's a display area featuring a number on the outside of the vehicle to help with rider-vehicle identification.

The Origin is the same size as a full-size sedan but seats six in a different configuration than the typical car. It has a 78-inch height, which means it can still park in most garages.

Inside, the vehicle seats six on two sets of three seats that share a large space for legroom and bags.

What's more notable is what the Origin is lacking. There's no driver's seat, pedals, steering wheel, windshield wipers, gauges, nor rearview mirror. Because there's no driver, there's no need for that. Cruise has said that the vehicle features SAE Level 4 autonomy. In layman's terms, that means that a computer controls all the functionality of the vehicle and is contained within its service area only by things like a speed limiter or geofence.

Its software has been co-developed by GM and Honda.

Under Cruise's plans, no individual will own the Origin. The ride sharing vehicles will be summoned via an app and offer ride service to anywhere in the vehicle's service area. The defined regions of the service area and fares associated with a ride have yet to be announced.

So, it's just an app-controlled electric short bus, right? Yes.

Cruise says that the model is ready for production and plans to that end will be announced shortly.

Subaru has a goal. By 2030, they want at least 40 percent of their globals sales to come from electric vehicles (EVs) and hybrid electric vehicles. To get there, the automaker will be continuing to work on electrification via the application of the technology to Subaru's current lineup.

"Although we're using Toyota technology, we want to make hybrids that are distinctly Subaru," Chief Technology Officer, Tetsuo Onuki, recently commented to Reuters. "It's not only about reducing CO2 emissions. We need to further improve vehicle safety and the performance of our all-wheel drive." 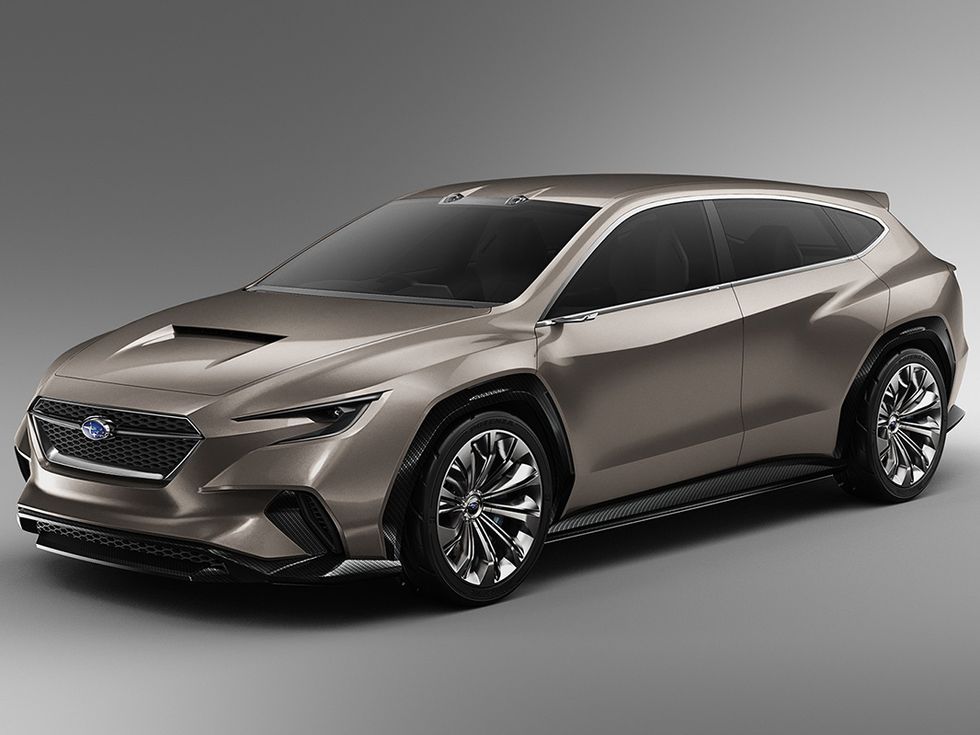 the VIZIV Touring concept has a WRX-like front end.Photo courtesy of Subaru Corporation

At first, this plan likely means more model variants in the same vein as the Subaru Crosstrek Hybrid. Reuters has reported that the first new model that will enter the Subaru lineup under this plan will be a "strong hybrid" vehicle using Toyota technology. But, it's not coming until later this decade. Subaru previously activated this partnership in the marketplace to launch the Crosstrek Hybrid.

The automakers are also working together to launch an all-battery electric car (BEV) around that time as well.

Don't set your calendar yet. Plans are continually developing and timelines are bound to shift as the market for new vehicles changes. Subaru will likely keep the public updated as their plans develop by releasing concept car versions of their designs ahead of any big news.